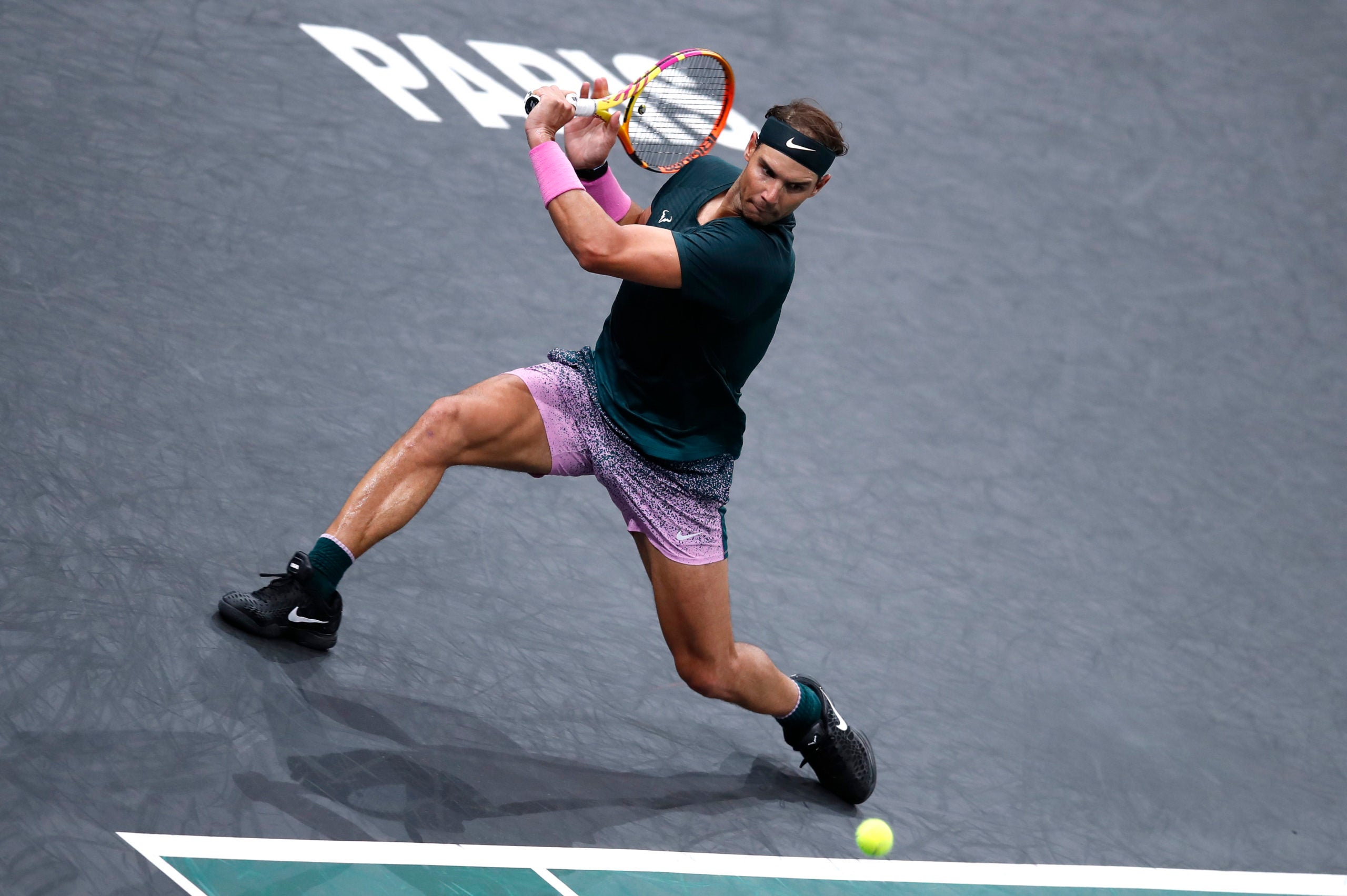 Spain’s 20-time Grand Slam champion recovered from a wobbly start and revved up the engine near the end of the second set to clinch victory and progress to a clash with German fourth seed Alexander Zverev, who beat Swiss Stan Wawrinka 6-3 7-6(1).

Carreno Busta needed to lift the trophy at Bercy, and at next week’s Sofia Open, to deny Schwartzman a spot in the ATP Finals at the O2 in London after the Argentine was earlier thrashed 6-3 6-1 by Russian Daniil Medvedev.

The ninth seed played with confidence early on as Nadal struggled to find his range but when the 13-time French Open champion hit his stride, there was no hope for Carreno Busta.

Nadal bagged the second set on his first opportunity with a jaw-dropping forehand passing shot that set the tone for the rout in the decider.

Nadal, who has now beaten Carreno Busta in all of their seven encounters, had only reached the final here once.

Medvedev took a 3-1 lead before sealing a one-sided opening set when Schwartzman hit his eighth forehand error into the net.

The 24-year-old Russian found another gear as he claimed 27 of 28 first serve points and wrapped up an emphatic victory with an ace down the line.

“I think Diego is capable of playing better so didn’t show his best tennis,” said Medvedev, who had already booked a place in the season finale in London and will face Canadian Milos Raonic for a place in the Paris Masters showpiece.

“With Diego, you know you’re going to have long rallies so it was good for me to win in such a short time. It was good preparation for London, even without the spectators.”

Schwartzman needed a win to guarantee qualification for the ATP Finals in London, contested by the top eight players from Nov. 15, but went down in 62 minutes.

He is now through, however, after clinching the last spot.

The 10th seed was 6-4 down in the tiebreak but prevailed in a 30-stroke rally to save the first match point and saw off the second with a service winner.

Humbert then saved a match point but bowed out on the second when Raonic smacked his 25th ace of the match.