Canelo to return against Callum Smith on December 19 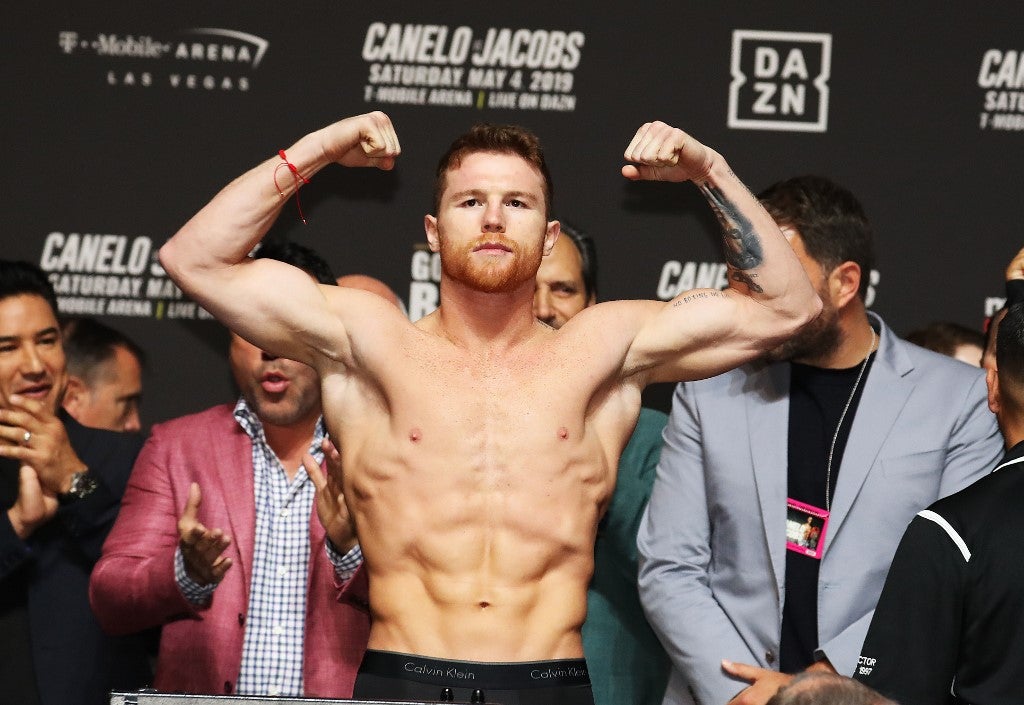 FILE – Canelo Alvarez poses on the scale during his official weigh in against Daniel Jacobs at T-Mobile Arena on May 3, 2019 in Las Vegas, Nevada. Al Bello/Getty Images/AFP

Pound-for-pound king Canelo Alvarez will make his long-awaited return to the ring next month when he battles Britain’s world super middleweight champion Callum Smith, both fighters’ camps confirmed on Tuesday.

Alvarez, recognized as the holder of World Boxing Association’s middleweight “super” belt, has not fought since scoring an 11th-round knockout of Sergey Kovalev in a light-heavyweight duel last November.

The 30-year-old Mexican star’s return to the ring has been held up amid a dispute with promoter Oscar de la Hoya and streaming service DAZN.

Alvarez, who signed a $350 million five-year deal with DAZN in 2018, earlier this month announced he was a free agent after severing his ties with the platform and De La Hoya’s Golden Boy Promotions.

However, Alvarez’s December 19 fight with Smith will be aired on the DAZN platform on a one-off basis. The exact venue is to be confirmed, but US reports said it is likely to take place in Texas.

Smith, who holds the WBA’s super middleweight title, is 27-0 with 19 wins by knockout.

The 30-year-old from Liverpool will be making his third defense of the title he won by knocking out George Groves in September 2018.

Like Alvarez, Smith has also spent a year out of the ring. His last fight was a hard-fought unanimous decision victory over John Ryder last November.

Although unbeaten, Smith will start as the clear underdog against Alvarez, who boasts a 53-1-2 record with 36 knockouts.

Alvarez, widely regarded as the best pound-for-pound fighter in the world, has lost only once in his career, a majority decision defeat to Floyd Mayweather Jr. in 2014.