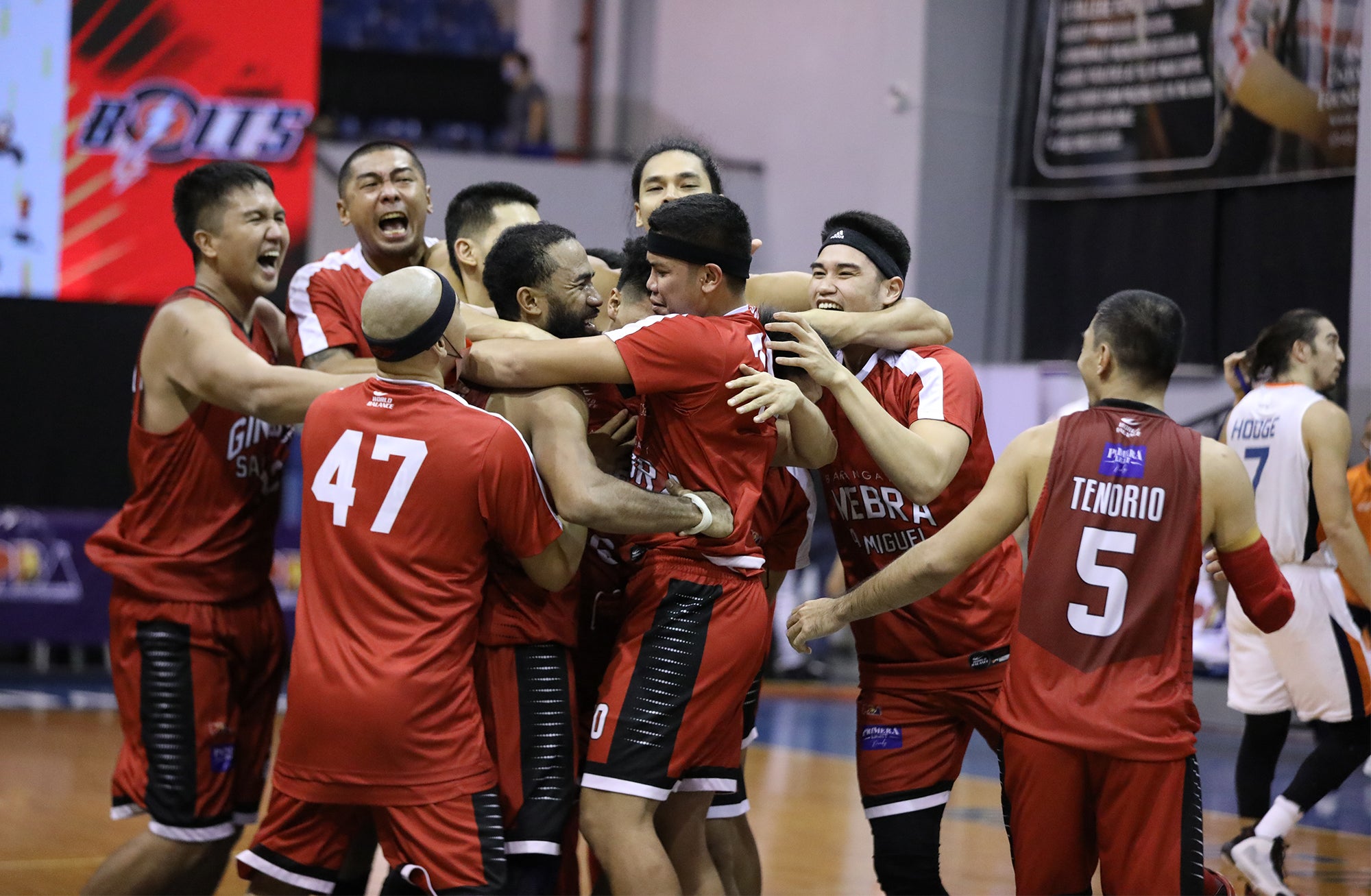 Thompson nailed the triple from the corner off a pass from Prince Caperal with 0.6 seconds left to play, ending what had been a thrilling fourth quarter where the Gin Kings even trailed by six.

Ginebra will face TNT, which earlier beat Phoenix, in the best-of-seven finals which begins on Sunday.

Thompson racked up 20 points—including 10 in the fourth—12 rebounds and seven assists for the Gin Kings, who traded baskets with Meralco in the nerve-wracking final minute.

That’s it! Ginebra is going to the FINALS!

After LA Tenorio’s two free throws gave Ginebra an 80-77 advantage with 17 ticks to go, Reynel Hugnatan fired a three from the top off Meralco’s final time out three seconds later to tie the game.

Ginebra had ample time to get off a shot in the final possession, but Thompson’s winner found the net with less than a second to go.

“We thank God for this. I just release the shot because we were running out of time. I’m very thankful. It was a really tough game against Meralco,” said Thompson in the TV interview.

Stanley Pringle paced the Gin Kings with 22 points and eight rebounds while Tenorio chipped in 14 points.

It was another heartbreaker for Meralco, which led 71-65 with six minutes left after three straight baskets from Bong Quinto but couldn’t get enough space to get away from Ginebra.

Five players from the Bolts finished in double digits with Chris Newsome leading with 15.