Victor Oladipo insists he is ‘focused’ on playing for Pacers 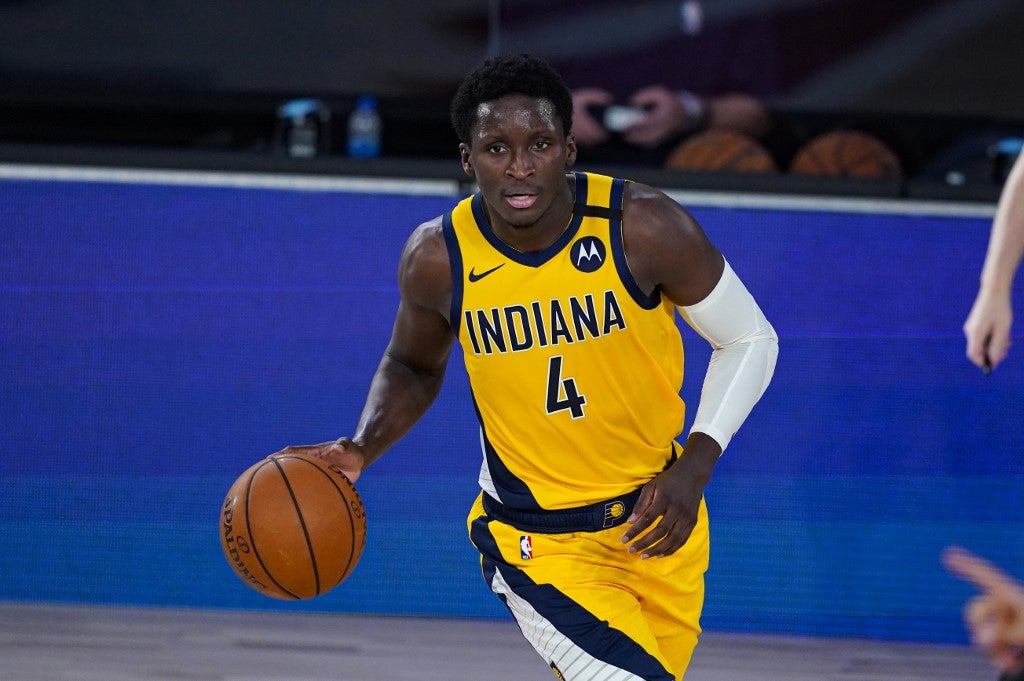 FILE — Victor Oladipo #4 of the Indiana Pacers controls the ball against the Orlando Magic during the first half of an NBA basketball game on August 4, 2020 in Lake Buena Vista, Florida. Ashley Landis – Pool/Getty Images/AFP

Indiana Pacers All-Star guard Victor Oladipo moved Tuesday to squash rumors that he has been seeking to depart the organization, although he stopped short of saying he wants to stay beyond his current deal.

Oladipo has played just 55 games over the past two seasons because of a ruptured quad tendon. He saw action in just 19 regular-season games and four playoff games in the interrupted 2019-20 season.

Rumors persisted that Oladipo was interested in an opportunity outside of the state. He also went to college at Indiana and was the No. 2 overall draft pick by the Orlando Magic in 2013. He signed with the Oklahoma City Thunder in 2016 and was traded to the Pacers in 2017.

“Growing up, I was always taught to not engage in nonsense,” Oladipo said Tuesday about persistent rumors that he wants out of his current situation.

“I never said I didn’t want to play for the Pacers. I love the coaching staff. I’m looking forward to the season. I can’t control what others say. I’m focused on my team, this city and this organization.”

In January 2019, during a game against the Toronto Raptors, he ruptured his quad tendon where it connects with his right knee. He still was named an All-Star reserve but did not see action in a game again until Jan. 29 of this year.

Now, as he enters the final season the four-year, $84 million deal he signed with the Thunder, there are questions about his future in Indiana.

“At the end of the day, that’s pretty much out of my control,” Oladipo said. “I’m committed to now. To say I don’t want to be here is crazy. This is Indiana basketball. But I’m just focused on this year.”

The Pacers fell to the Miami Heat in the first round of the playoffs, but Oladipo sees reasons for optimism. He also says he is even stronger following his injury than he was this summer when the season resumed.