Holyfield calls out Tyson to get back in the ring 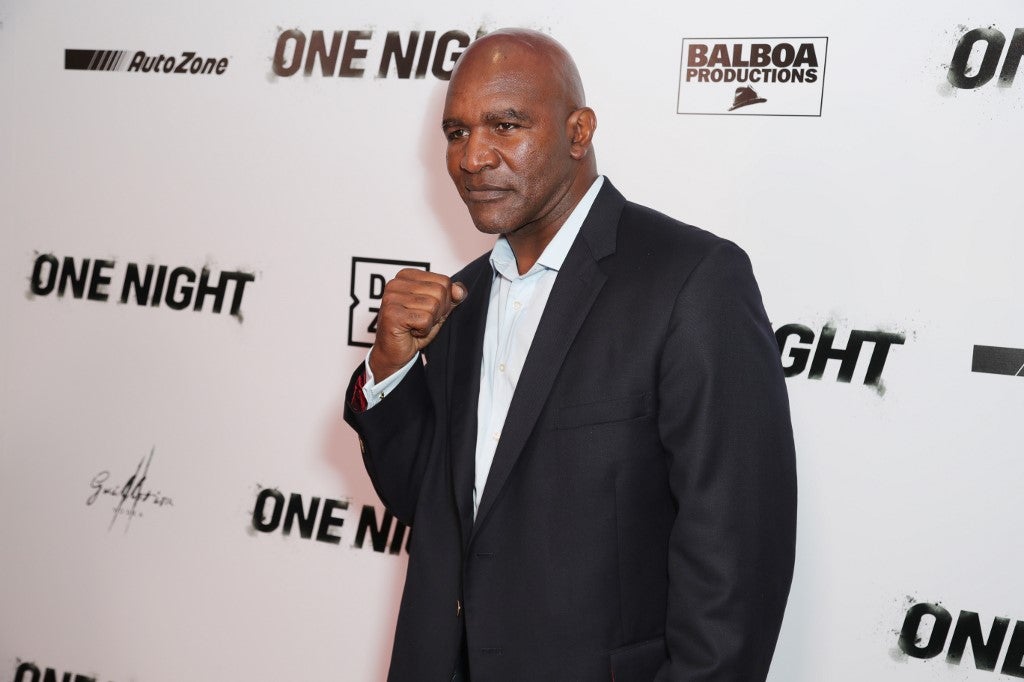 Evander Holyfield called out Mike Tyson on Tuesday, saying it was time the two former undisputed heavyweight champions returned to the ring to cap their rivalry and settle legacies.

Holyfield’s challenge comes after 54-year-old Tyson dominated Roy Jones Jr, 51, in an exhibition fight on Saturday in Los Angeles that was ruled a draw.

Calling the bout with Jones Jr “a tune-up” Holyfield taunted Tyson, urging him to give the world the fight they want to see.

“No more excuses,” said Holyfield in a statement. “This is the fight that must happen for both our legacies.

“Saturday night you said you were ready to fight me, so sign the contract and get in the ring, Tyson.

“The world is waiting and it’s on you now. I’m ready.”

In their prime Tyson and Holyfield, who is now 58, were two of boxing’s biggest draws.

They met twice with Holyfield winning the first fight in an 11th round TKO, while the second ended in controversy when Tyson was disqualified for biting a chunk out of his opponent’s ear.

When Tyson said earlier this year he was getting ready to return to the ring for a charity exhibition bout Holyfield put his hand up but the promoters opted for Jones Jr instead.

“My side tried to make the fight happen and we got nothing but excuses,” said Holyfield. “Now I can see why he wanted a tune-up fight before thinking about fighting me.

“Roy Jones was a good local opponent for Mike but a fight with me would be a global event and the only fight that anyone wants to see is a fight between us.