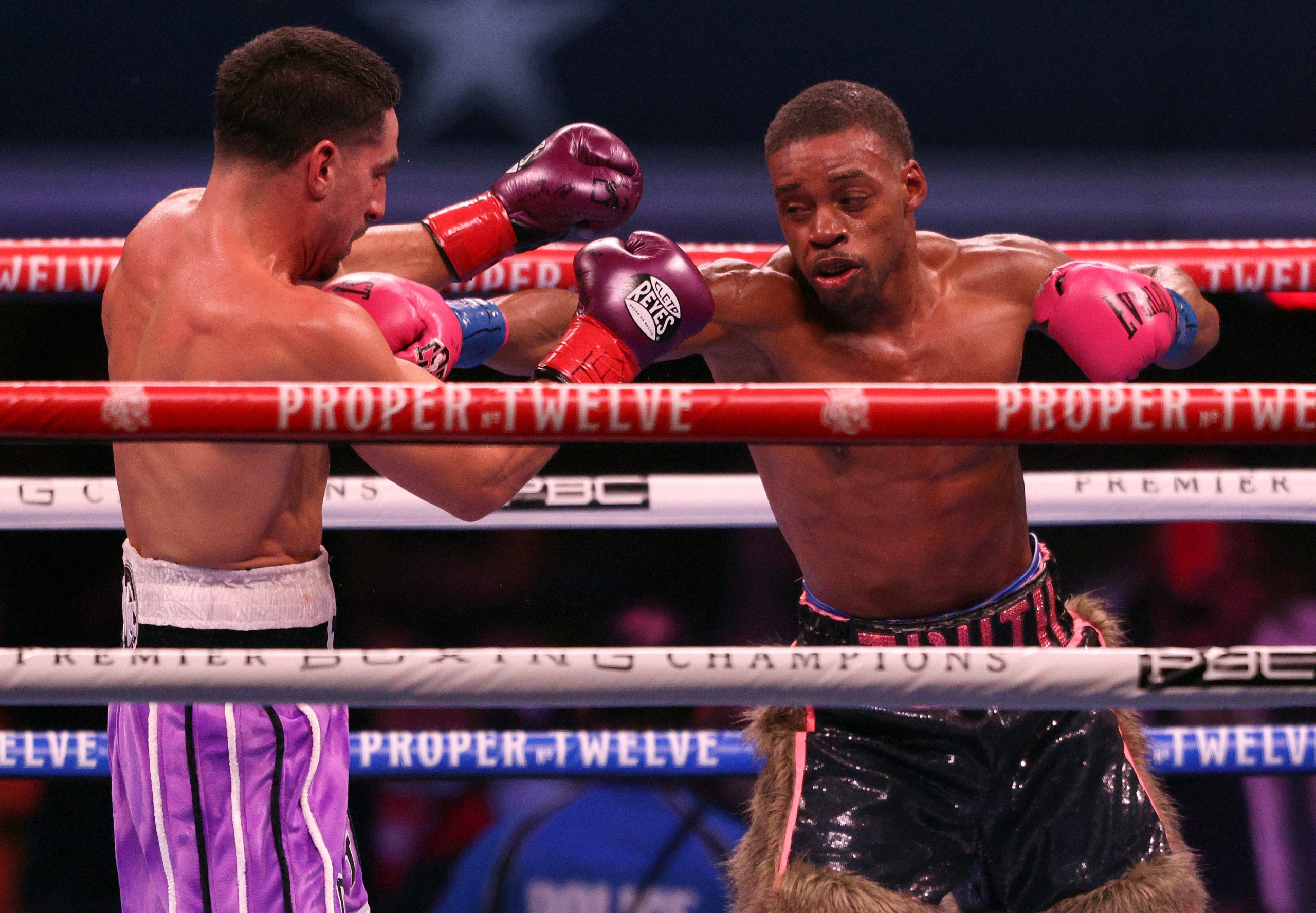 The 30-year-old Spence put on a virtuoso performance winning almost every round in a 147-pound homecoming fight at AT&T Stadium in Dallas, Texas.

The undefeated Spence, who suffered serious injuries after being thrown from his car in the drunk-driving smash, won by a unanimous decision proving he is still the same boxer as before the accident in October 2019.

“The moment is surreal especially coming back from my accident year ago,” Spence said. “Be patient with me. This was a comeback fight for me and I had to shake off some cobwebs.”

After the fighters felt each other out during the first few rounds, Spence seized control in the middle rounds to win on all three scorecards by scores of 116-112, 116-112 and 117-111.

Spence, a southpaw, monopolized Garcia with his jab and relentless pressure, not allowing the challenger to make use of his pre-fight game plan.

“He was breaking him down and taking the fight out of him. His jab is the key to everything,” said Spence’s trainer Derrick James.

Garcia had one of his best rounds in the second. They got into a heated exchange at the end of the round when Garcia hit Spence after the bell.

Spence hurt Garcia with a couple of punches in the third and by the fourth he was controlling the tempo.

“In training camp I knew I was going to be good. I am back,” said Spence.

The 32-year-old Garcia had been hoping to carry some momentum over from his previous two straight wins and become champion again for the first time since 2017.

“He was just a better man tonight. No excuses,” said Garcia. “I fought a hard, tough fight. He had a good jab and that was the key to the fight.”

Garcia, a counter-puncher, was too conservative to do any serious damage. He spent the majority of fight on the defensive, blocking combinations and stepping sideways to avoid any huge shots.

By the eighth round Garcia was retreating to the ropes desperately trying to land any punches while Spence just kept up the attack.

Garcia’s corner told him to go for the big punch but he seemed preoccupied with trying to just stay on his feet and preserve his record of never having been knocked down in his career.