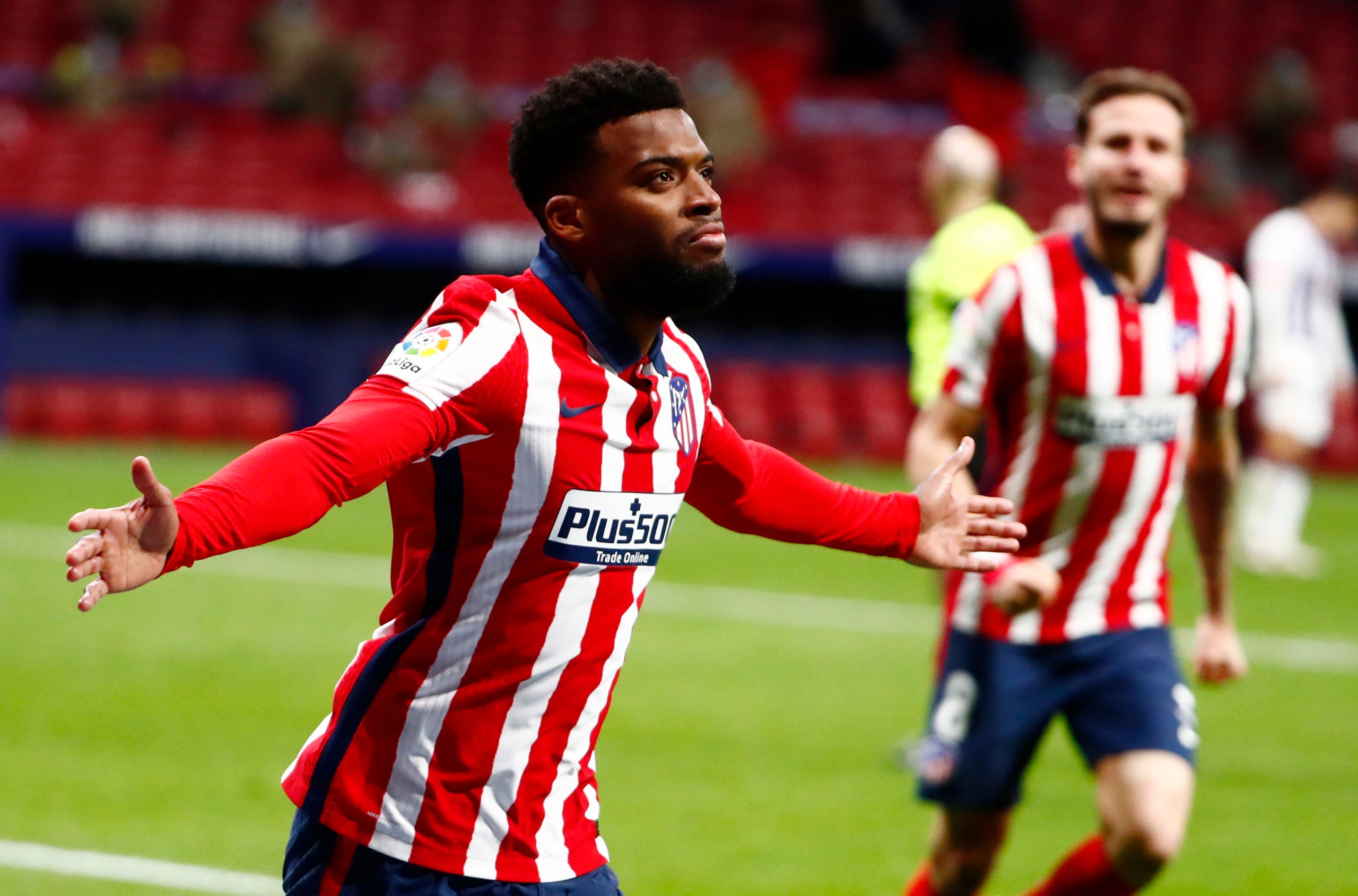 MADRID—Atletico Madrid overcame a rusty first-half display to beat Real Valladolid 2-0 at home on Saturday with goals from Thomas Lemar and Marcos Llorente sending them clear at the top of La Liga.

French midfielder Lemar struck his first goal since April 2019 to break the deadlock in the 56th minute, appearing at the back post to guide in a cross from Kieran Trippier and complete a sweeping counter-attack.

Substitute Llorente sealed the victory in the 72nd minute, latching on to a header from Trippier and showing remarkable pace and power to race past a defender and confidently dispatch his shot into the bottom corner.

A seventh straight league victory took Atletico top of the table on 26 points after 10 games, two ahead of second-placed Real Sociedad who have played 11. Their next league match is away to city rivals and champions Real Madrid.

“We were not precise in the first half and we were sluggish whenever we got close to their goal, but Lemar and Llorente gave us more peace of mind after the break and we got the first goal,” said Atletico coach Diego Simeone. “After that, it was a different game.”

Atletico went into the game after a disappointing 1-1 draw at home to a weakened Bayern Munich which left them needing to avoid defeat away to RB Salzburg to qualify for the knockout stages of the Champions League.

He was able to recall Luis Suarez after the Uruguayan had missed the last four games due to testing positive for COVID-19, but Atletico lacked sparkle in attack for most of the first half, while Valladolid were solid in defence and created several chances to go ahead but failed to take them.