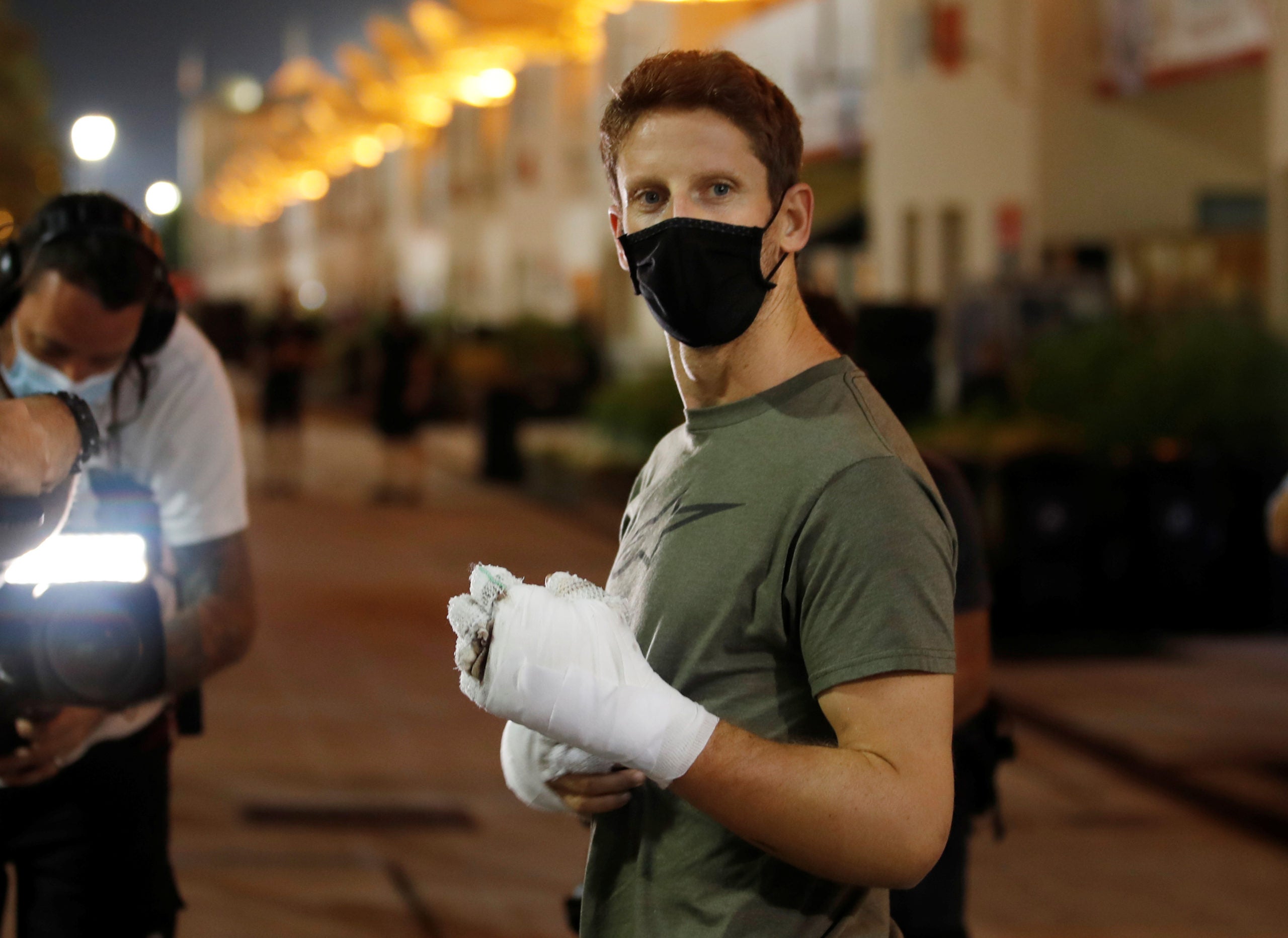 MANAMA – Romain Grosjean will miss the Formula One season-ending Abu Dhabi Grand Prix, with the Frenchman flying to Switzerland to continue his recovery from injuries sustained in a fiery crash at last week’s Bahrain Grand Prix.

Forced to sit out Sunday’s Sakhir Grand Prix, the Frenchman had been hoping to return for what looked set to be his Formula One swansong in Abu Dhabi on Dec. 13.

Grosjean walked away from the horrific crash last week, despite his car being split in half and bursting into flame. The 34-year-old suffered second-degree burns to the back of his hands, for which he will continue to receive treatment in Switzerland, his Haas team said in a statement on Sunday.

“It is with great sadness that I will not be able to do my final race in Abu Dhabi and be with the team there,” Grosjean said in the statement.

“We’ve tried as much as we could with the doctor to recover and to repair my hand but the risk of racing is too big for my recovery and my health,” he said.

“It’s one of the hardest decisions of my life but it’s obviously one of the wisest.”

Haas will instead run Brazilian reserve Pietro Fittipaldi, standing in for Grosjean in Sakhir, for a second consecutive weekend.

“Romain has shown exceptional bravery and amazing spirit over the last few days,” said Haas team principal Guenther Steiner. “We know how badly he wanted to be able to return… in Abu Dhabi.”

Grosjean has been with Haas since the U.S.-owned team’s debut Formula One season in 2016.

Both he and teammate Kevin Magnussen are leaving the outfit at the end of this year, with Haas going for an all-rookie line-up in Mick Schumacher, son of seven-time champion Michael, and Nikita Mazepin, the son of a Russian billionaire.

Mercedes on Saturday said they would be open to arranging a farewell Formula One test for Grosjean if the Frenchman was unable to return in Abu Dhabi.

Grosjean has said if he couldn’t race in Abu Dhabi, he would try to arrange a private test in January so he can say farewell to Formula One in a fitting way.