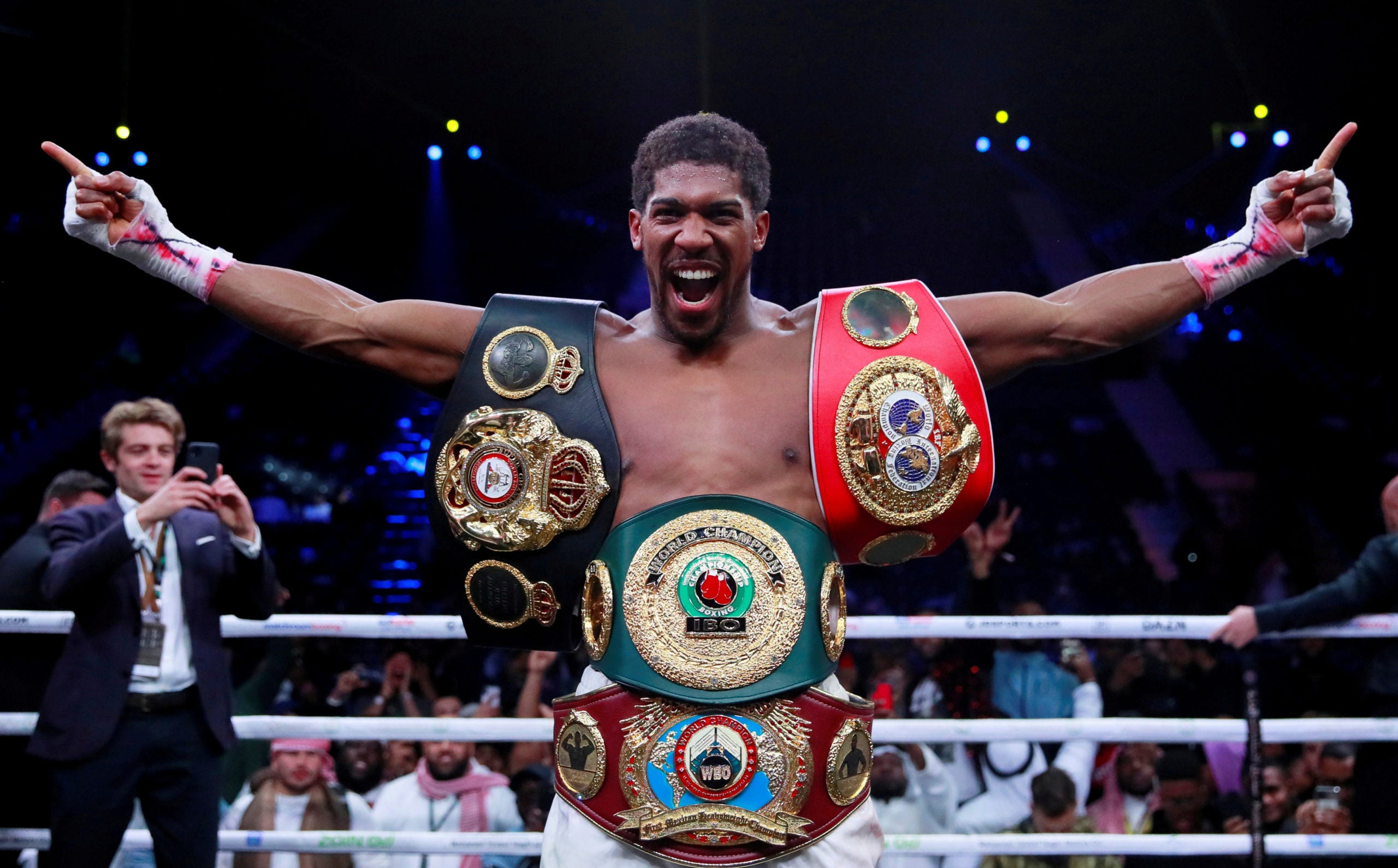 LONDON – Heavyweight world champion Anthony Joshua and Bulgarian Kubrat Pulev pulled off their masks and engaged in face-to-face verbal sparring on Friday at their weigh-in for Saturday’s title clash.

The 31-year-old Joshua, who is putting his WBA, IBF and WBO belts on the line at Wembley Arena, hit the scales at 240.8 pounds.

That was heavier than a year ago when the Briton reclaimed his titles from Andy Ruiz in Saudi Arabia, at 16 stone 13, but lighter than the first Ruiz fight where he weighed in at 17 stone nine and suffered a shock defeat.

Pulev, 39, stepped up a pound lighter than Joshua and was in fighting mood.

“I’m amazing. Amazing boxing, amazing style. I’ll show the whole world tomorrow that I am much better than him,” the Bulgarian told Sky Sports.

“I don’t hate him. I tell him three, four, five times that I respect him… I respect that he takes this fight.

Joshua, who will be the clear favorite in front of a 1,000 crowd at a fight rescheduled due to COVID-19, said he had heard it all before.

“That’s just him doing what fighters do,” he said. “That doesn’t really intimidate me.

“I would have just clapped him in his jaw there and then,” added the champion. “But I’ve got to do it tomorrow.

“I know what he’s like, I studied him. He thinks he’s a warrior. But I said don’t let the guys that you fought gas you up. You’re in against a real one now.

“When people come in the ring with me they’re confident and then after a few rounds their soul gets destroyed once I see that I can take them out.”

Pulev, like Joshua, has suffered only one loss as a professional, a knockout by Wladimir Klitschko in 2014. Joshua has not fought at home since he beat Alexander Povetkin in 2018.