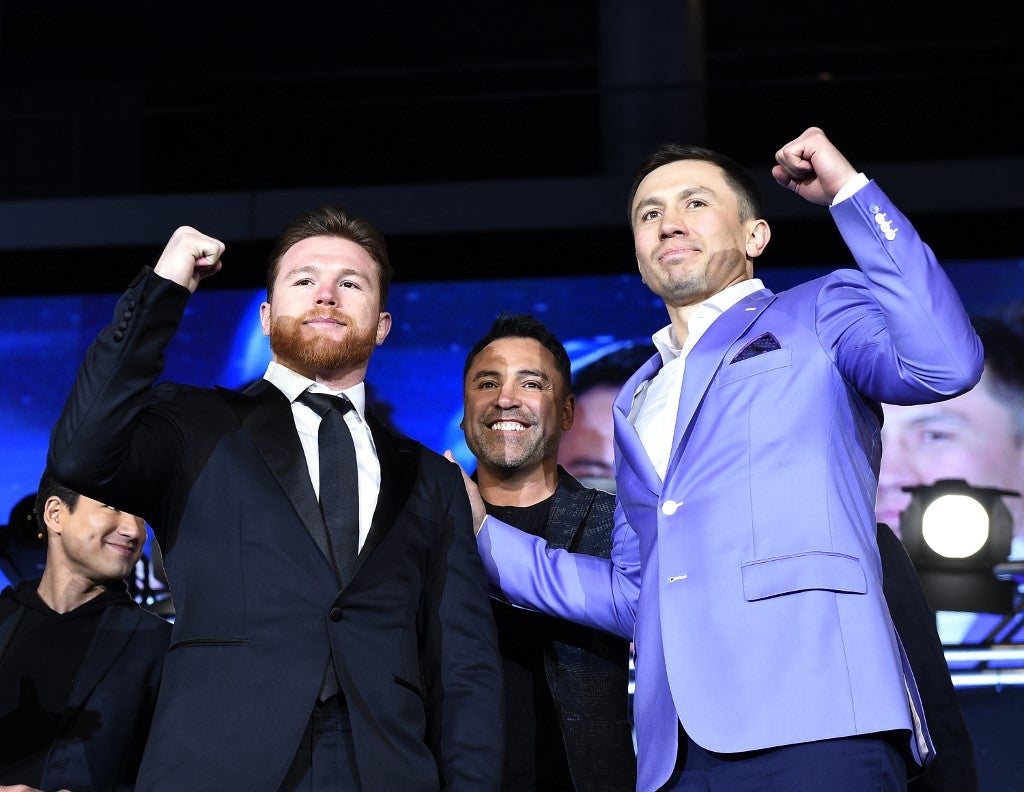 Gennady Golovkin issued a deadly warning to Oscar De La Hoya on Tuesday after the US boxing legend said he wanted to fight the middleweight world champion when he makes his improbable return to boxing.

The 47-year-old De Le Hoya, who announced in August he plans to come out of retirement after a 12-year absence from the ring, said recently he wants to fight IBF world champion Golovkin on his return.

“You know how easy GGG would be for me? Oh, my gosh,” De La Hoya told the Boxing Scene website last month.

But Golovkin, who is preparing for a mandatory defense of his title against Poland’s unbeaten Kamil Szeremeta in Florida on Friday, brushed off De La Hoya’s trash talk.

“You know Oscar, you know how dirty his mouth is,” Golovkin, 38, told AFP through a translator when asked if he took De La Hoya’s challenge seriously.

“Everything involving Gennady Golovkin for him is a nightmare. He can say whatever. But let me put it this way – If I got an opportunity to legally kill a person in the ring, I might seize it.”

De La Hoya has not fought since being dismantled by Manny Pacquiao in eight one-sided rounds in 2008.

However, De La Hoya is adamant that he is serious about a comeback, telling ESPN in August he was ready to fight “any top guy” available.

De La Hoya ventured into promotion after his fighting career and was heavily involved in the acrimonious build-up to Golovkin’s two fights with Saul “Canelo” Alvarez in 2017 and 2018.

Golovkin, meanwhile, told AFP on Tuesday he was relishing returning to fight on Friday more than a year after his last ring outing, a unanimous decision win over Sergiy Derevyanchenko.

“It was a long pause,” Golovkin said. “There was enough time to miss boxing and forget certain things. The training was good. I went through my standard training and it went well and I’m ready.”

Golovkin added that he had little immediate interest in pursuing lucrative fights against YouTube personalities such as Logan Paul.

“Right now I’m in my professional boxing career and I don’t see the need for that myself. But in future if there is a demand and an interest, then why not?” he said.

Golovkin also played down the possibility of a third fight with Mexico’s Alvarez who defeated the Kazakh with a controversial majority decision in 2018 after their first bout ended in a draw.

“I don’t think about this because I’m tired of thinking about it,” he said. “It’s been over two years that we’ve been throwing this around. It’s not my fault that this fight has not taken place.

“Currently, it’s too early to say, but there is a possibility this fight might never happen