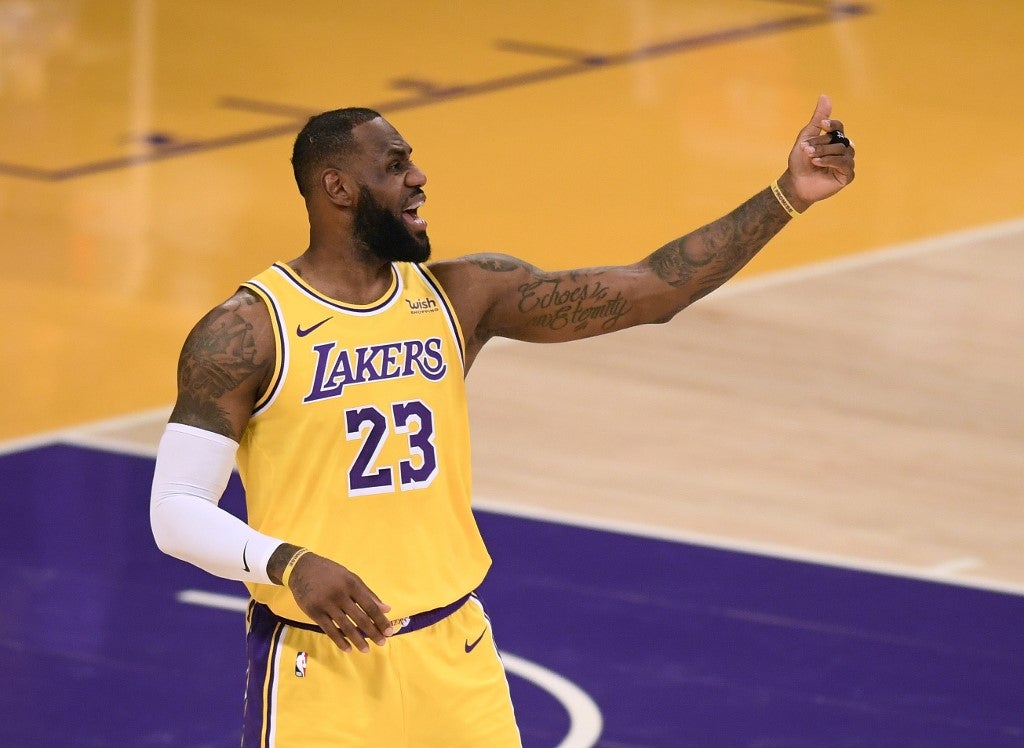 FILE – LeBron James #23 of the Los Angeles Lakers yells down court during the first half against the Portland Trail Blazers at Staples Center on December 28, 2020 in Los Angeles, California. Harry How/Getty Images/AFP

LeBron James had 22 points, 13 rebounds and eight assists, and the Los Angeles Lakers pulled away late to defeat the host Memphis Grizzles 108-94 on Sunday.

Anthony Davis had 17 points, nine rebounds and three blocks, Montrezl Harrell added 16 points and nine boards and Wesley Matthews contributed 14 points on 5-of-7 shooting, including 4-of-6 3-pointers for the Lakers, who won their third in a row. Dennis Schroder added 11 points.

Kyle Anderson scored 18 points and Jonas Valanciunas chipped in 14 points and 10 rebounds for the Grizzlies. Tyus Jones also scored 14, while Desmond Bane had 13.

Schroder’s bucket with 4:54 left gave the Lakers a 95-85 lead. A 3-pointer by Bane pulled Memphis within five with 4:07 remaining but it got no closer. Los Angeles outscored Memphis 31-19 in the fourth.

In the first, a 17-0 surge by the Grizzlies allowed them to wipe out a nine-point deficit and take a 36-25 advantage after one quarter.

In the second, the Lakers rallied. They closed the half on a 20-9 run for a 56-54 edge at the break. Los Angeles outscored Memphis 31-18 in the second quarter.

Neither team led by more than four in the third quarter. Two free throws by Harrell gave the Lakers a 75-73 lead with 51.6 seconds remaining before Gorgui Dieng’s jumper tied the score with 30 seconds left in the third. Harrell’s floater put Los Angeles up 77-75 heading into the fourth quarter.

Lakers center Marc Gasol played against the Grizzlies in Memphis for the first time since he was traded two seasons ago to the Toronto Raptors. Gasol, who received four stitches for a cut above his eye after a collision with Brooks, finished with seven points and six rebounds.

Lakers guard Kentavious Caldwell-Pope (ankle) missed the contest. Kyle Kuzma started in his place, scoring nine of his 11 points in the first half.

The Grizzlies played again without Ja Morant, who is sidelined with an ankle injury.