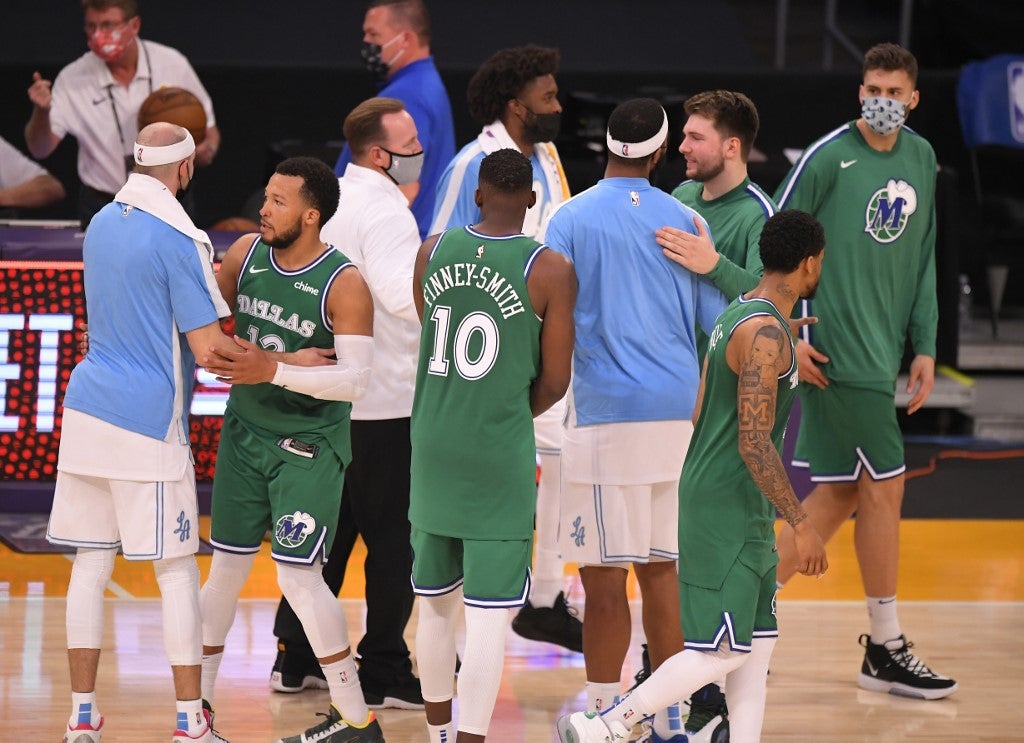 FILE — The Los Angeles Lakers and Dallas Mavericks exchange greetings at the end of the game at Staples Center on December 25, 2020 in Los Angeles, California. John McCoy/Getty Images/AFP

MANILA, Philippines—The NBA continued to rake in massive international exposure in the first couple of weeks of the 2020-21 season and one country that’s up there in the league’s audience is the Philippines.

As per data from the league itself, the NBA Christmas Day game that was broadcast locally on TV5 between the defending champions Los Angeles Lakers and Dallas Mavericks drew the largest average audience of any international market for the 2020 Christmas Games.

This uptick in NBA’s YouTube activity was thanks to no small part to the Philippine market that spent 10 times more time watching NBA YouTube content compared to Tip-Off 2019.