Bradley Beal’s 60 not enough as Wizards fall to 76ers 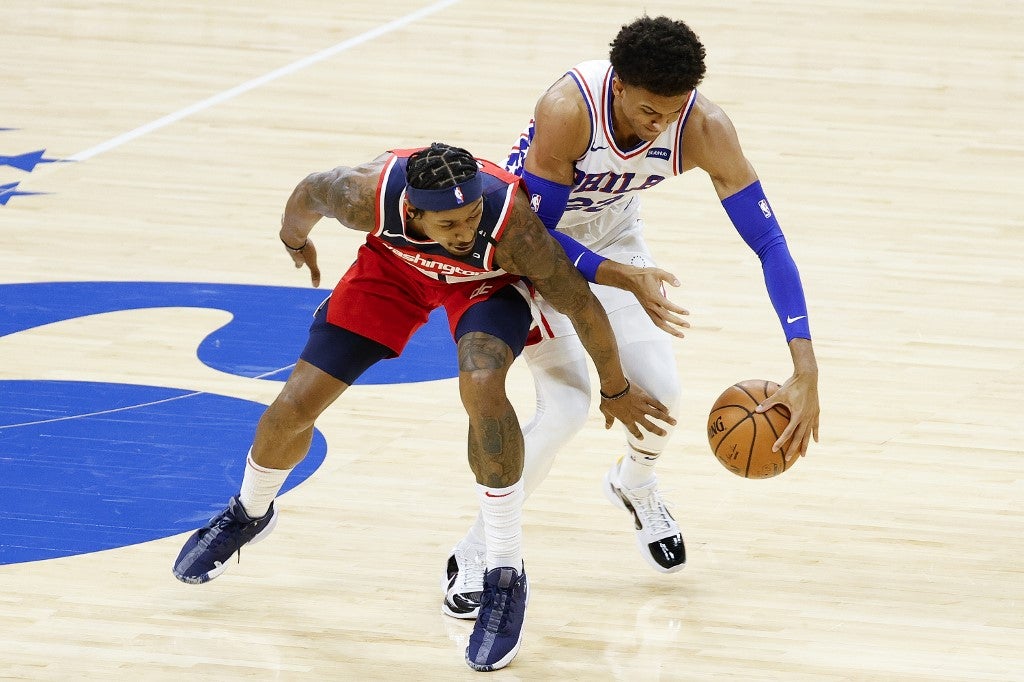 Matisse Thybulle #22 of the Philadelphia 76ers steals from Bradley Beal #3 of the Washington Wizards during the first quarter at Wells Fargo Center on January 06, 2021 in Philadelphia, Pennsylvania. Tim Nwachukwu/Getty Images/AFP

Joel Embiid scored 38 points and hit all 13 of his free throws to lift the host Philadelphia 76ers past the Washington Wizards 141-136 on Wednesday.

Seth Curry added 28 points to help offset a career-high 60 by Bradley Beal as the Sixers won their fifth in a row overall and their 20th straight at home. The Sixers have won seven of eight to open the season, and they sport the best record in the league.

Beal tied a franchise record of 60 set by Gilbert Arenas in 2006. Russell Westbrook had 20 points, 12 assists and eight rebounds before leaving with an apparent wrist injury with 26 seconds left. Davis Bertans scored 17 points for the Wizards, who had their two-game winning streak snapped.

The Sixers surged to a 33-24 lead after the first quarter thanks in large part to a 5-for-5 performance from 3-point territory by Curry.

Philadelphia scored on 12 straight possessions during one stretch to go ahead 59-48 midway through the second. Curry’s sixth trey gave the Sixers a 67-51 advantage with 3:42 remaining.

Beal paced the Wizards with 32 points, but they still trailed 82-67 at halftime.

The Sixers were 12 of 15 from beyond the arc in the first half.

Beal and Westbrook hit consecutive treys to close the Wizards within 86-75 with 9:22 left in the third.

But the Sixers responded with three straight 3-pointers – one by Embiid and two by Green to move back ahead 98-77.

Beal kept attacking and finished the third with 57 points to keep the Wizards within 116-106.

Washington opened the fourth with consecutive baskets and then converted a free throw when Dwight Howard was given a technical foul to close within 116-111. Raul Neto soon put the Wizards ahead 119-117 with a short jumper.

After the Wizards tied the game again at 131, the Sixers reeled off an 8-0 run to propel them to a win.