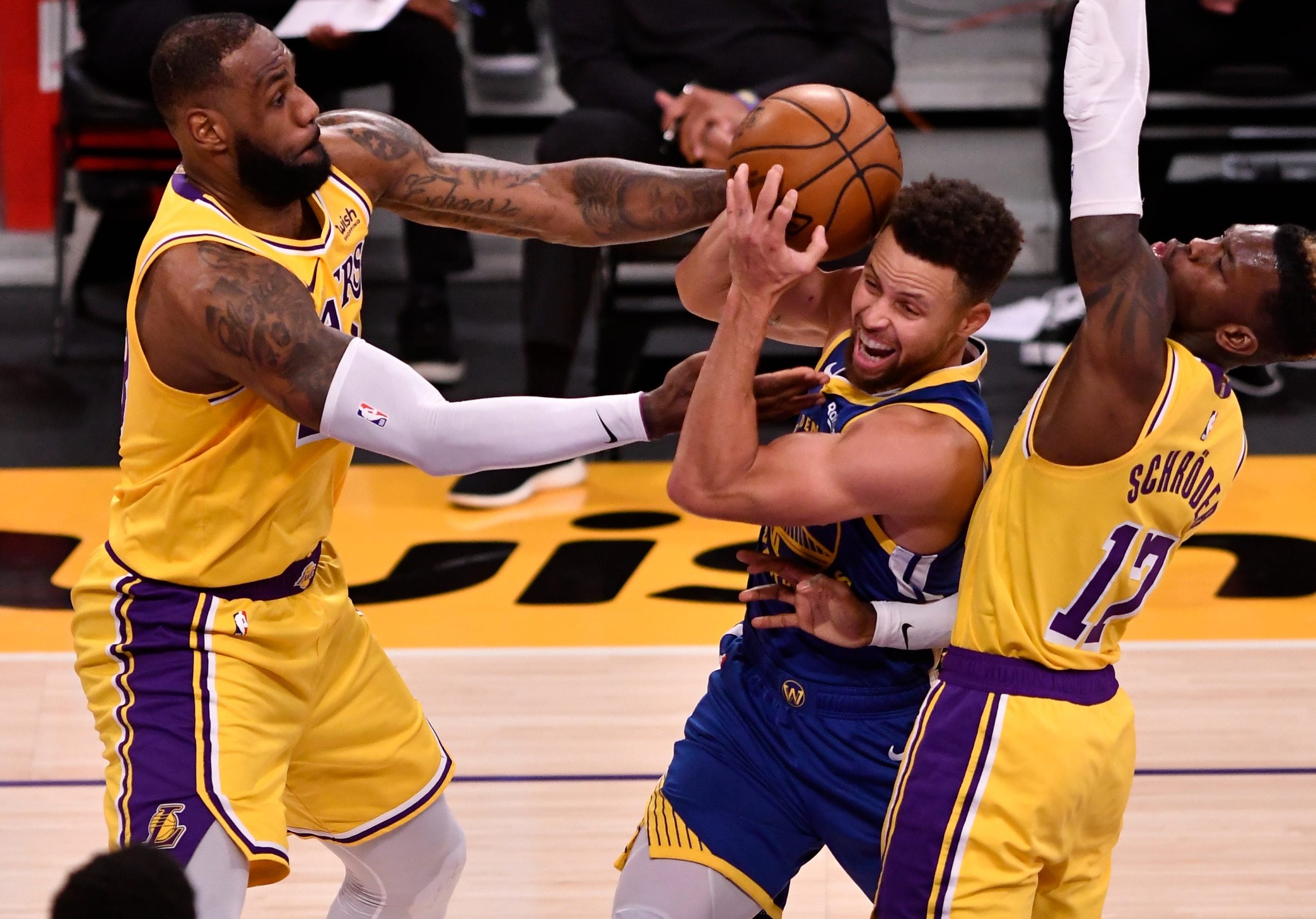 Stephen Curry bombed in Golden State’s final points on a 3-pointer with 1:07 remaining and the Warriors forced LeBron James into an errant 3-pointer at the horn, completing a shocking, 115-113 victory over the Los Angeles Lakers on Monday.

James countered with two free throws with 51.2 seconds left and Los Angeles’ Dennis Schroder made one 21 seconds later to slice the deficit to two. After Curry missed a jumper, the Lakers had one final possession with 11.3 seconds left.

"Everybody chipped in and we weathered the storm against a championship-caliber team. Big win for us."

After a timeout, James could do no better than get an off-balance 28-footer that missed the mark, ending the Lakers’ five-game winning streak.

After trailing by as many as 19 points in the first quarter, the Warriors clawed back into contention, but the Lakers retained a 106-97 advantage with 5:52 to go.

Brad Wanamaker then ignited what turned into a 15-2 run with consecutive hoops to get the visitors within 106-101.

After Schroder hit two free throws to open the gap to seven, Curry took over, scoring five consecutive points to get Golden State within 108-106 with 3:13 to play.

Kelly Oubre Jr. got the Warriors even for the first time since the first quarter at the 3:10 mark, after which Draymond Green, who had totaled just three points to that point, hit consecutive interior shots for a 112-108 advantage with 1:39 to go.

Oubre had 23 points, Eric Paschall 19 and Andrew Wiggins 18 to back Curry for the Warriors.

Green complemented seven points with team highs in rebounds (eight) and assists (nine) for the Warriors, who snapped a two-game losing streak.

Schroder had 25 points to pace the Lakers, who are 7-0 on the road this season but just 4-4 at home.

James finished with 19 points, Anthony Davis and Montrezl Harris 17 apiece and Kyle Kuzma 15 for the Lakers, who shot just 9-for-29 on 3-point attempts and were outscored 36-27 from beyond the arc.

Davis had a game-high 17 rebounds and Kuzma 10 to complete double-doubles for Los Angeles.