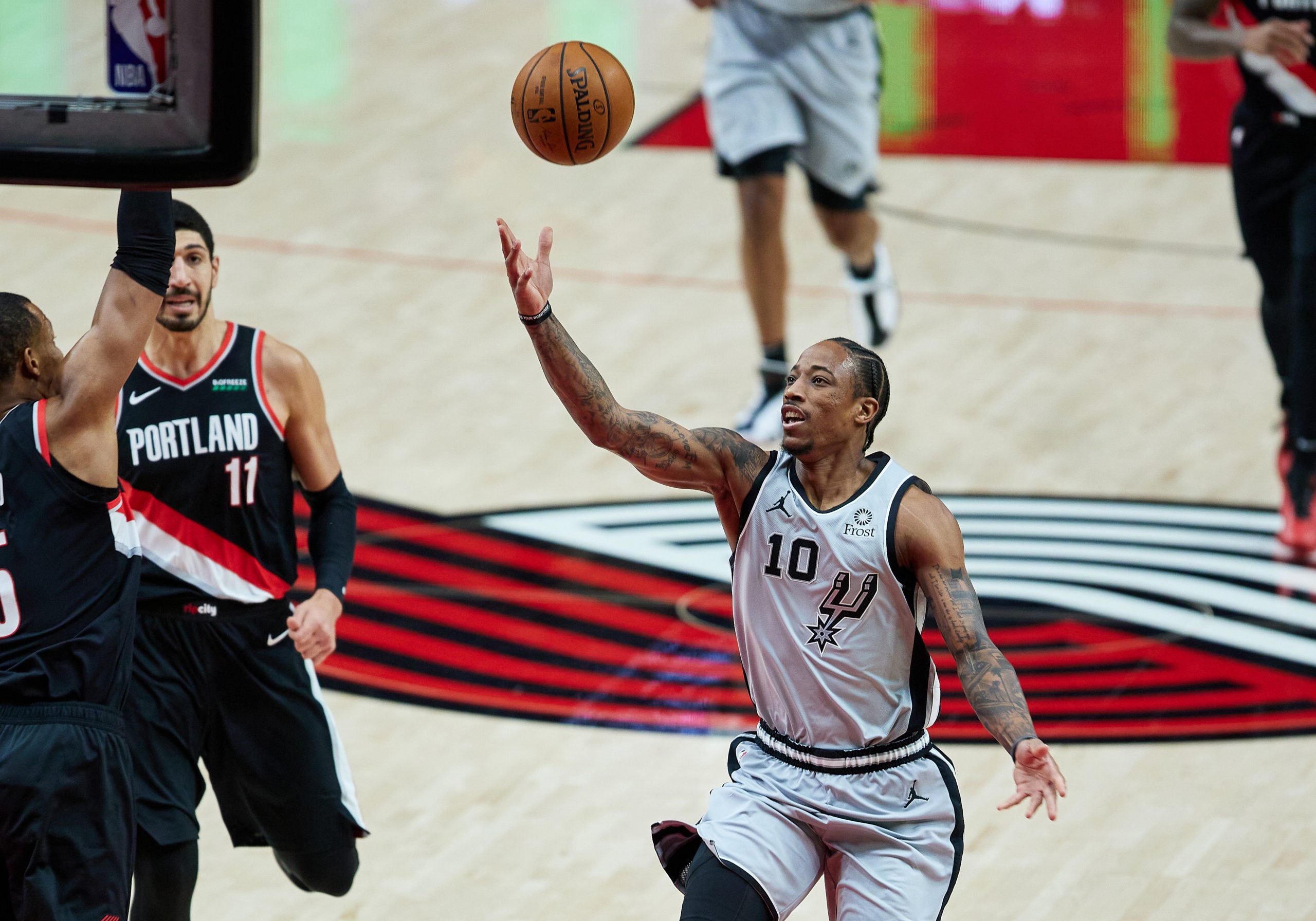 The Spurs led by five points heading to the final period but ran off to a 108-91 lead with 6:33 to play on the strength of 11 points by Gay and six by Mills. Portland never got closer than 11 points the rest of the way despite nine fourth-quarter points by Damian Lillard.

LaMarcus Aldridge led San Antonio with 22 points but never saw the court in the final period as Mills and Gay, who scored 21 points each, keyed the rout.

Got the W on #MLKDay

DeMar DeRozan added 20 points and 11 assists, Jakob Poeltl scored 11 points, Keldon Johnson hit for 10 points, and Dejounte Murray had 11 assists for the Spurs, who won their second straight game and third of their past four outings.

Lillard led all scorers with 35 points. Rodney Hood, who entered the game averaging 1.6 points per game, added 21, and Carmelo Anthony chipped in 14 for Portland, which has lost two of its past three games after a four-game win streak.

CJ McCollum missed the game with a sprained left foot suffered in the Trail Blazers’ win over Atlanta on Saturday; there is no timetable for his return to action.

San Antonio led 59-54 at the break after shooting 58.1 percent over the first 24 minutes and dishing out 19 assists — both highs for a half this season. Mills led the Spurs in the first half with 13 points, while Aldridge added 12 points, and DeRozan had 10 over the first two quarters.

Lillard scored 15 points in the half despite going 1 for 5 from beyond the arc, with Hood — who started in place of the injured McCollum — racking up 13 for Portland by intermission.

The Spurs ran their lead to as many as 10 points in the third quarter, at 70-60 on a layup by DeRozan at the 7:57 mark, before Portland rallied to tie the game at 78 on Lillard’s drive five minutes later. San Antonio took an 87-82 advantage into the final quarter.