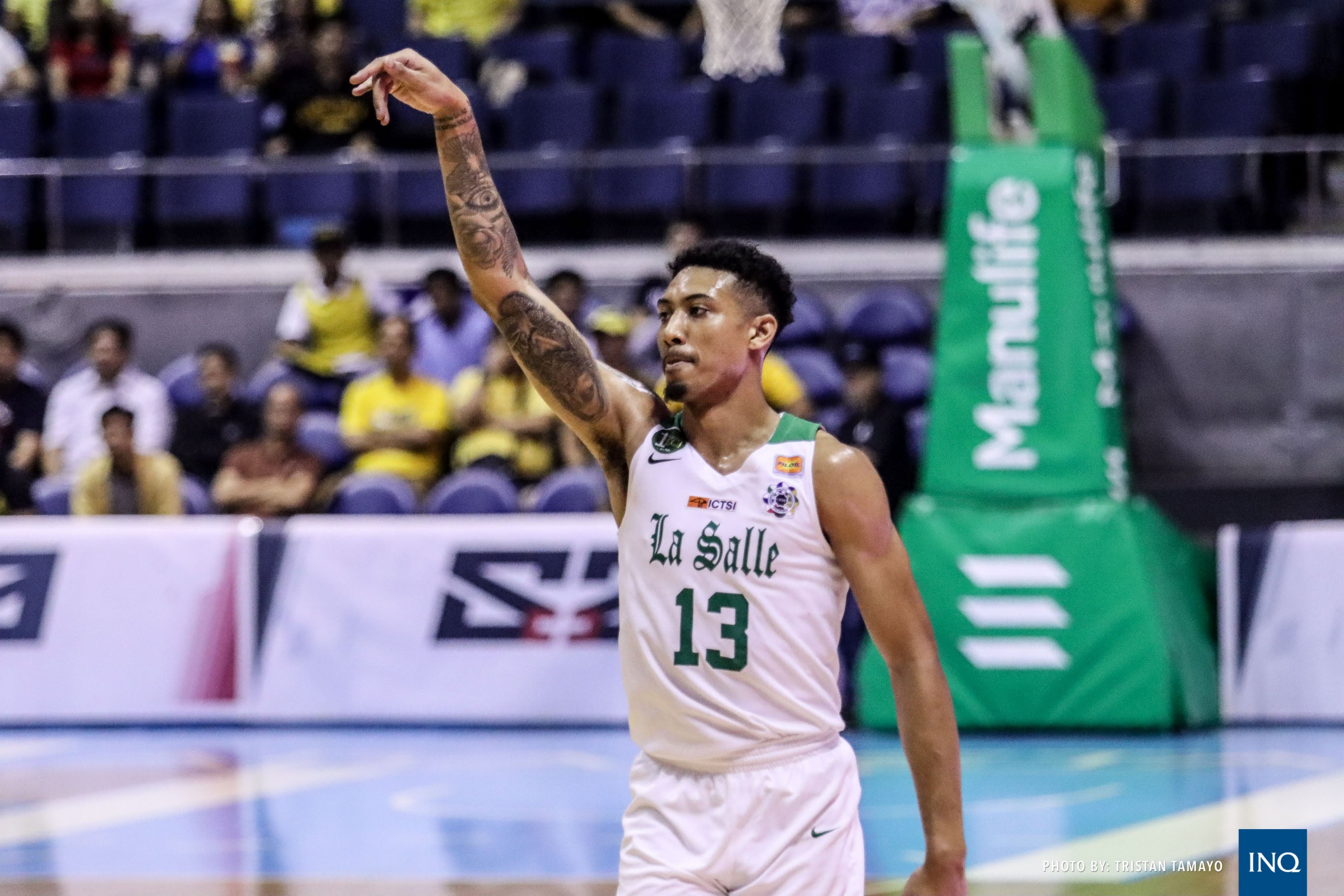 Malonzo, 24, spent just one year with De La Salle in the UAAP but had a significant impact for the Green Archers averaging 15.8 points, 9.9 rebounds, 1.6 assists, and 1.2 steals en route to being part of the Season 82 Mythical Team.

Other players that put their name on the pot are Larry Muyang, Jun Manzo, David Murrell, James Laput, and Michael Javelosa.

Manzo was instrumental in the success of University of the Philippines when he helped the school get to the finals of the Season 81 finals, a series that Ateneo won in two games.

Letran bruiser Muyang also submitted his papers for the rookie selection on March 14.

Muyang, who stands at 6-foot-5, was the 2018 NCAA Rookie of the Year and played for the Pampanga Giant Lanterns and San Juan Knight-Go for Gold in the Maharlika Pilipinas Basketball League.