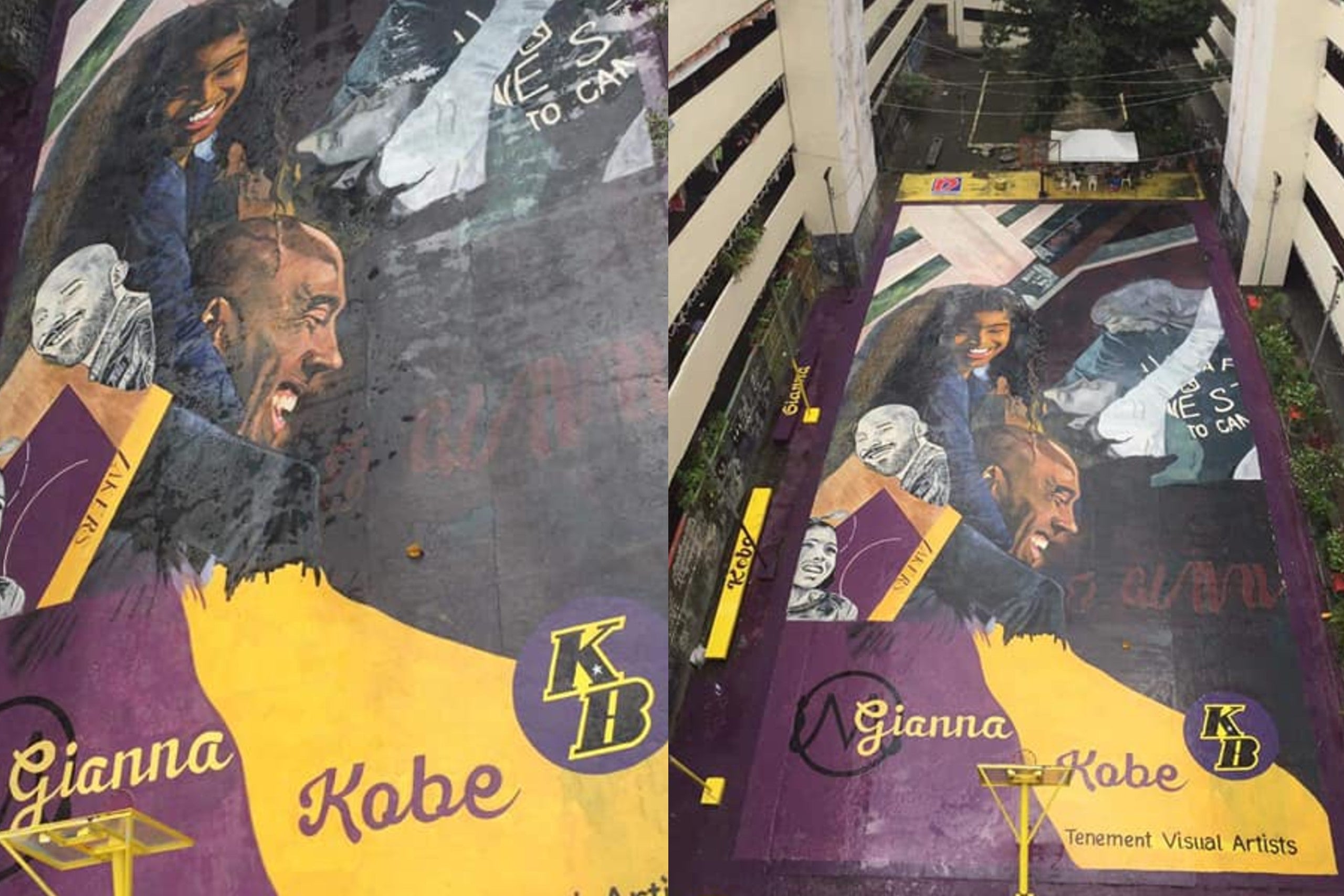 MANILA, Philippines — A new mural of the late great Kobe Bryant and his daughter Gianna was unveiled at a basketball court inside the Tenement in Taguig City.

The artwork by the Tenement Visual Artists was created to commemorate the first year death anniversary of the Los Angeles Lakers legend and Gigi, who died in a helicopter crash in California.

As we commemorate the 1st year Death Anniversary of the legendary basketball star Mr. Kobe Bryant, the Black Mamba and…

The court is open to the public from 8:00 a.m. to 10:00 p.m. Visitors are required to follow health protocols such as wearing of face mask and face shield.

Well-loved wherever he went, Bryant was a frequent visitor in the Philippines. His last trip in the country was in June 2016 just two months after his final NBA game where he scored 60 points.

Bryant played 20 seasons in the NBA—all for the Lakers. He won five championships.

GALLERY: Kobe lights up Manila during his Mamba Mentality tour