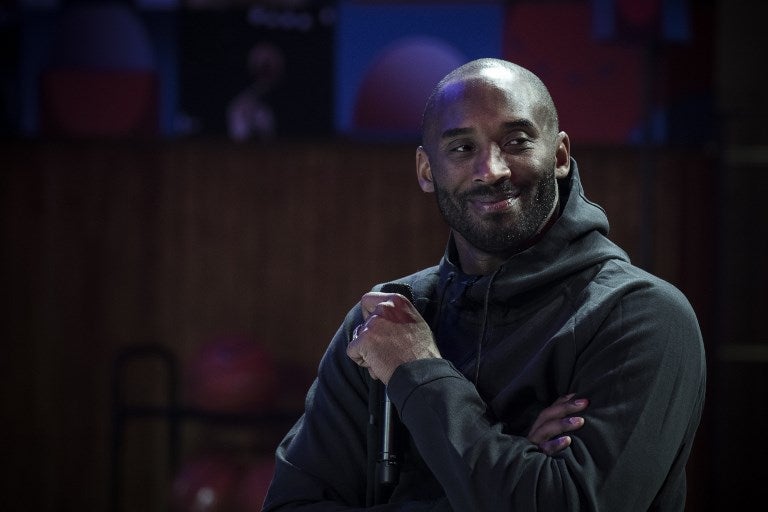 NBA legend Kobe Bryant died Sunday when a helicopter crashed and burst into flames in foggy conditions in suburban Los Angeles, leaving eight other people dead. He was 41.

Bryant was traveling with his 13-year-old daughter Gianna and seven other passengers and crew when their Sikorsky S-76 helicopter slammed into a rugged hillside in Calabasas, west of Los Angeles. There were no survivors.

Gianna was one of Bryant’s four children with wife Vanessa.

“The NBA family is devastated by the tragic passing of Kobe Bryant and his daughter, Gianna,” NBA Commissioner Adam Silver said in a separate statement.

It is with great sadness that we learn of the death of Kobe Bryant and four others in a helicopter crash in Calabasas. The aircraft went down in a remote field off Las Virgenes around 10:00 this morning. Nobody on the ground was hurt. The FAA and NTSB are investigating.

“(Kobe) was generous with the wisdom he acquired and saw it as his mission to share it with future generations of players, taking special delight in passing down his love of the game to Gianna,” Silver added.

Bryant’s death sent shockwaves throughout the world, with basketball stars left stunned by the news.

“Laker Nation, the game of basketball & our city, will never be the same without Kobe,” former Los Angeles Lakers star Magic Johnson wrote on Twitter.

At the Staples Center in downtown Los Angeles, dozens of shocked fans gathered to pay tribute to the star.

The crash came only hours after the Los Angeles Lakers star was passed by current Lakers star LeBron James for third on the all-time NBA scoring list in a Saturday game at Philadelphia.

Continuing to move the game forward @KingJames. Much respect my brother 💪🏾 #33644

“Continuing to move the game forward @KingJames,” Bryant wrote. “Much respect my brother #33644.”

Bryant was a five-time NBA champion in a career that began in 1996 and lasted until his retirement in 2016.

He also was a two-time Olympic gold medalist, helping spark the US squad of NBA stars to titles in 2008 at Beijing and 2012 at London.

Bryant bowed out of the NBA in 2016, scoring 60 points in his final appearance before his adoring fans at the Staples Center.

It was a fairytale farewell to a sporting career which had begun two decades earlier.

The son of former NBA player Joe “Jellybean” Bryant, the Lakers legend was born in Philadelphia in 1978 while his father played for the 76ers.

The elder Bryant played from 1984 to 1991 in Italy, giving young Kobe a global worldview as he grew up dreaming of following his dad into the NBA.

When his father retired as a player, the family moved back to the Philadelphia area and Kobe began his star turn at Lower Merion High School, where his jersey number 33 was retired.

He decided at age 17 to jump directly from the prep ranks to the NBA, only the sixth player and first guard to make such a leap.

Bryant was selected 13th overall by the Charlotte Hornets in the 1996 NBA Draft but they were picking for the Lakers in a deal made before the draft.

At 18, Bryant became, at the time, the youngest player or starter in an NBA game and the youngest winner of the NBA Slam Dunk Contest.

In 1998, he became the youngest NBA All-Star starter. In a 1999 campaign shortened by a labor dispute, Bryant started every game for the Lakers and signed a six-year deal worth $70 million.

As the Michael Jordan era ended in Chicago, Bulls coach Phil Jackson wound up joining the Lakers and with sharpshooter Bryant joining dominating inside force Shaquille O’Neal, the Lakers captured three NBA crowns in a row from 2000-2002, returning the team to glory days unseen since 1988.

He remained with the franchise for the remainder of his career, successfully branching out into the entertainment industry following his retirement.

In 2018, he won an Oscar for his animated short film “Dear Basketball,” a love letter to the sport which brought him fame and fortune.