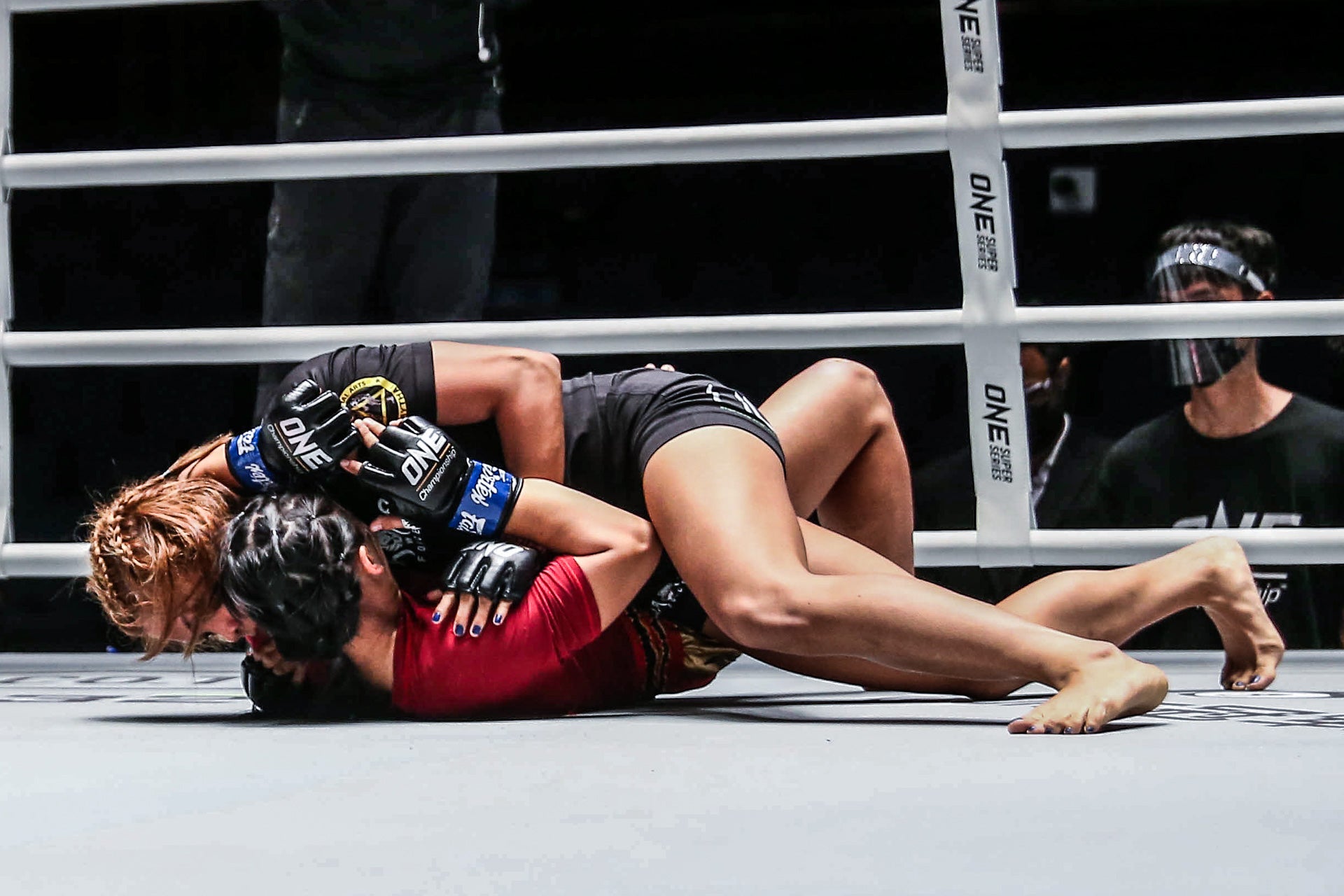 Denice Zamboanga in her last ONE Championship atomweight bout. ONE PHOTO

MANILA, Philippines—ONE Championship is finally moving into the fight stage of the ONE World Atomweight Grand Prix.

ONE Chairman and CEO Chatri Sityodtong said the promotion has already filled out seven of the eight spots in the tournament with the winner being named the Grand Prix champion and earning the chance to fight division titleholder Angela Lee.

“We have signed seven of the eight and we are in the process of signing no.8, that’s the hold up from us announcing it,” said Sityodtong in a virtual press conference Thursday. “We’ll announce it in one or two weeks then we’ll announce the Atomweight Grand Prix.”

It was in October 2020 that Sityodtong announced that there will be a tournament to determine challenger against Lee, who is out indefinitely due to her first pregnancy.

The COVID-19 pandemic also put the tournament on hold as ONE could not hold the usual fight cards that it did.

This idle time also led to some spicy comments between the champion Lee and no.1 contender Denice Zamboanga, who earned her spot after an upset win over Mei Yamaguchi in February 2020.

Lee, back in October, described Zamboanga as “entitled” after the Filipino challenger proposed that the champion drop her belt during her time away.

“Sorry girl but you didn’t do anything to deserve my belt. No one took it from me, so why would I give it up?” posted Lee on her Twitter account. “Let’s see you win the Atomweight Grand Prix and then maybe you can start calling some shots.”

“She made a choice to become a mother, which is great I am very happy for her. However she [should] do the respectable thing and [vacate] the Championship belt herself and [not] wait for the organization to ask,” Zamboanga previously said.

Read Next
ONE Championship returns to US primetime in April
EDITORS' PICK
The Best Tech Gifts For The 2022 Holidays
House energy committee chair Arroyo bats for cheap electricity
18,529 out of 24,903 pass nursing board exam
Egg prices rise due to bird flu, increased holiday demand | #INQToday
The vivo Y16 makes the season of giving more thoughtful for the whole family
Marcos urges Filipinos to be like Bonifacio: honest, patriotic
MOST READ
LOOK: Vina Morales goes to Boracay with mystery man
Majority of Filipinos approve, trust Marcos Jr.
SSS benefit payouts setting new records
Marcos urges Filipinos to be like Bonifacio: honest, patriotic
Don't miss out on the latest news and information.