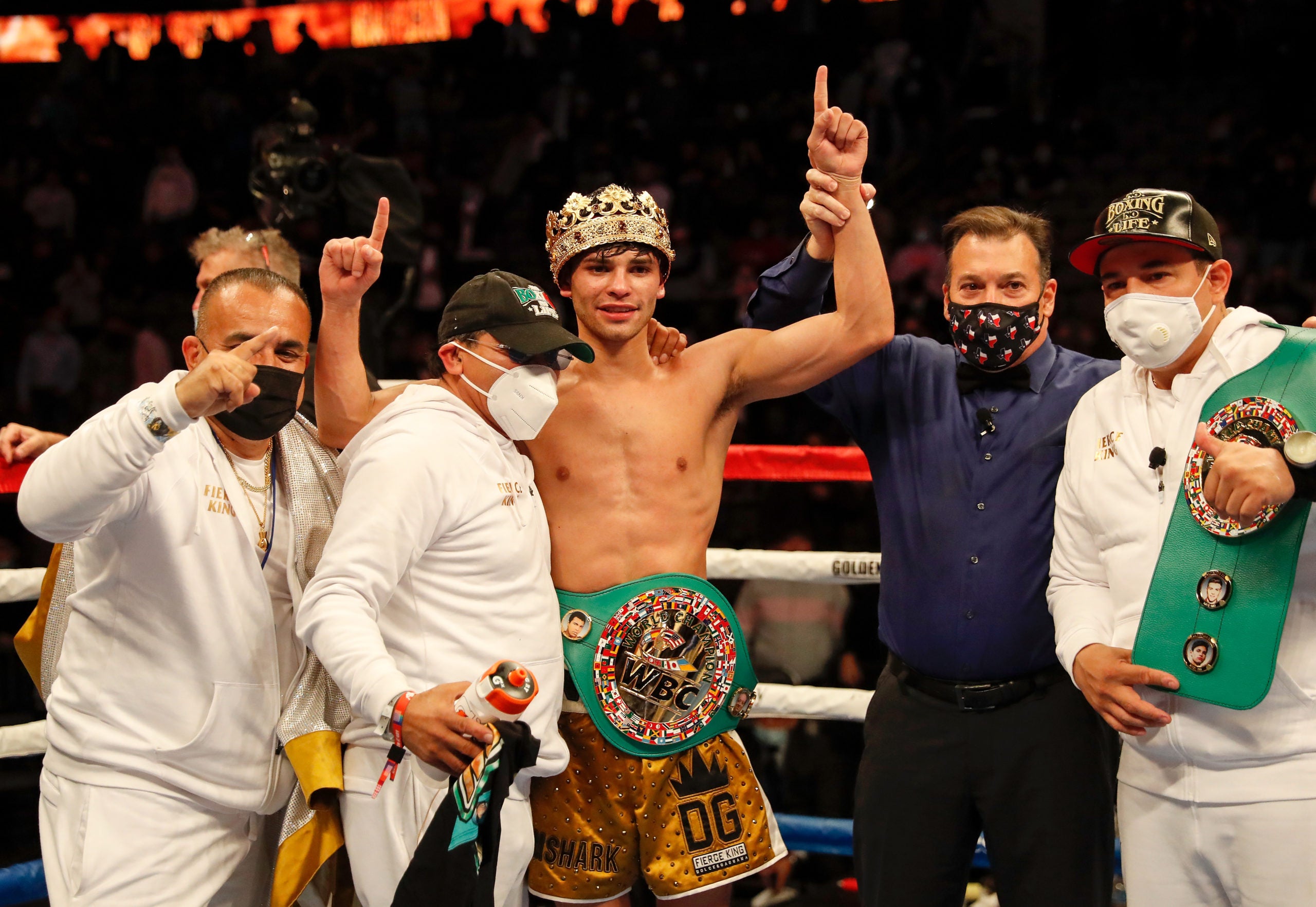 MANILA, Philippines—Ryan Garcia is determined to speak his dream match against Manny Pacquiao into reality.

Nothing’s official yet on the potential intergenerational fight, but the young Garcia is already planning to score a career-defining finish.

In an interview with ESPN, the 22-year-old Garcia (21-0) said he’s looking to go up against Pacquiao with no punches pulled and that desire came about when he received a call that he can go up and face the boxing legend.

“You get a call and somebody says, ‘You can fight Manny Pacquiao.’ What are you going to say to that?” said Garcia in the interview. “Your hero, one of your heroes, one of the people you’ve looked up to, and they say you have an opportunity to fight him? I couldn’t say no. I said let’s go for it. Whether it happens or not, I’m going full in on it.”

“Whether they named it an exhibition or a real certified match, I’m throwing punches like I’m trying to knock Manny Pacquiao out. If you get two people in the ring with 8- or 10-ounce gloves with no headgear, you tell me if that would be an exhibition or a real fight, knowing that we’re both real fighters. I’m not going in there to throw pillow punches. I’m throwing the punches I throw and I’m sure Manny will throw the punches he throws. You guys can call it whatever you want.”

Garcia, the interim WBC lightweight champion, also spoke about his desire to fight WBA “regular” champion Gervonta Davis but he’s willing to drop everything in order to take on Pacquiao.

No official details have been finalized though but he’s willing to do what he can to meet Pacquiao’s demands.

Though Pacquiao, 42, rose from a flyweight to become junior middleweight champion, the welterweight division has become his most comfortable weight class and Garcia said he has no problem moving up.

“We’re still talking about [the weight differential],” said the 5-foot-10 Garcia, who’s four inches taller than Pacquiao. “That could be worked around very easily. Whatever Manny wants for the weight to be at, I can do it. I’m a big boy. I’m not a small 135; I’m a pretty big 135. If I have to gain weight, I will.”

Garcia is also keen on making history repeat itself.

It was back in 2008 when Pacquiao, who was then seen as too small of a fighter for 147 pounds, decimated Garcia’s promoter Oscar De La Hoya in a fight that propelled the Filipino’s notoriety into nuclear level.

“I was just young and just remember seeing him battering, also my hero, Oscar De La Hoya — and Manny Pacquiao was just obliterating him. I was like, ‘Oscar, throw some punches, please!’ And from there I became a Manny Pacquiao fan,” said Garcia.

“Manny was going from a little weight class to a higher weight class, and when they tell me, ‘Ryan, how you can go from 135 to 147?’ What did Manny do when he fought Oscar? He went [from] 135 to 140-something. It’s the same thing, but this time, I’m going to take the torch from Manny.”

Despite losing his WBA (Super) champion status, Pacquiao is still one of the sporting world’s biggest draws and Garcia believes his social media exposure will create a history-making spectacle against a fighter who had his absolute peak when Instagram was barely a thought.

“This fight will break records,” said Garcia. “People are underestimating how powerful this social media era is, and this fight will destroy records.”