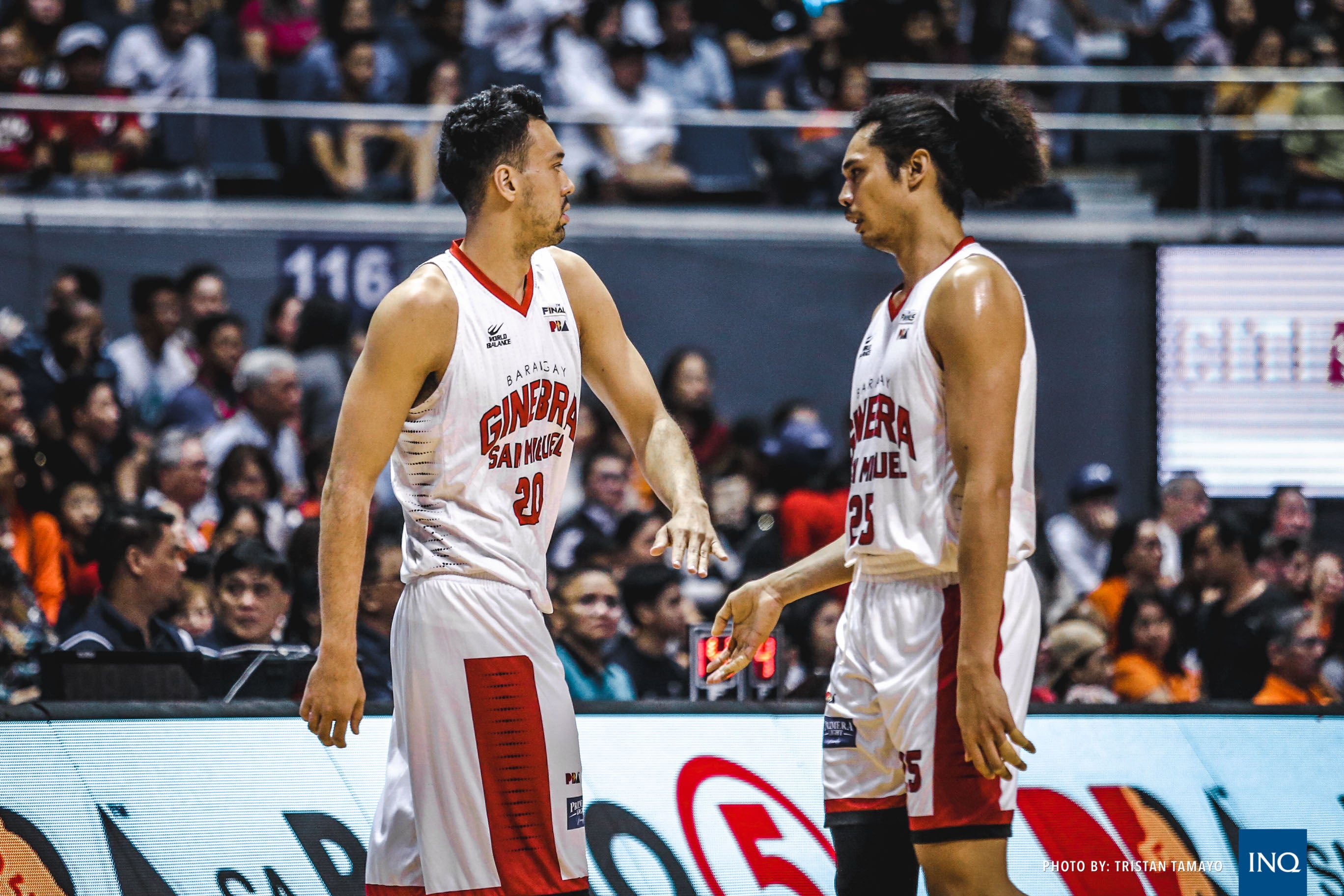 MANILA, Philippines—Ginebra’s twin towers are back in training after Greg Slaughter’s year-long hiatus from the PBA last year.

Slaughter is officially back with Barangay Ginebra after the big man left the team as his contract expired. Coach Tim Cone confirmed that Slaughter has re-signed with the Gin Kings.

The 7-foot center posted a video on his Instagram Stories working out with power forward Aguilar at the team’s practice facility at Upper Deck Sports Center.

This was the first time Slaughter linked up the team after he went to the United States when his deal with Ginebra ended and he announced a surprise sabbatical.

He has since trained in the United States, got married, and signed a new contract with the Gin Kings.

The Gin Kings are looking to defend their Philippine Cup crown after ending a 13-year curse last year.