Djokovic's 'sublime 9' a statement to the chasing pack | Inquirer Sports

Djokovic’s ‘sublime 9’ a statement to the chasing pack 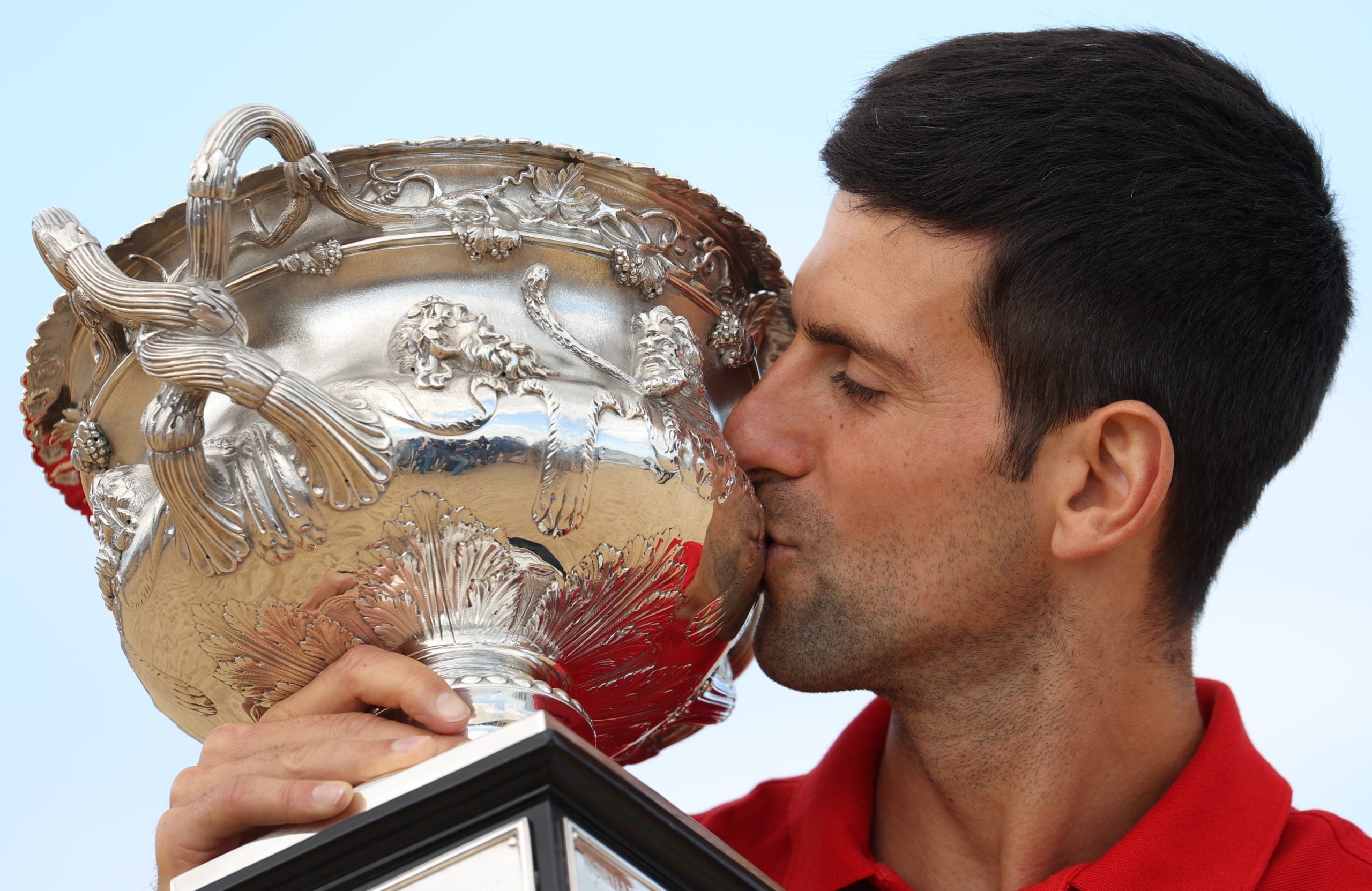 SYDNEY — Novak Djokovic’s “unbelievable” performance to win his ninth Australian Open final was a statement to the young guns looking to break the stranglehold of the “Big Three” on Grand Slam titles, according to seven-times major winner Mats Wilander.

Arguments over which of Roger Federer, Rafa Nadal or Djokovic are the greatest men’s champion of all time might rage long after they hang up their rackets, but at Melbourne Park’s Rod Laver Arena the Serbian is in a class of his own.

Djokovic on Sunday brushed aside a month of controversy and a painful muscle tear in his abdomen to thrash Russian young gun Daniil Medvedev in straight sets and extend his own record for titles won on the famous blue carpet.

“Brilliant work on another Australian title,” Rod Laver, the Australian after whom the stadium court is named, said in message to Djokovic on Twitter.

“Under so much pressure in such difficult times. You continue to show the world what a great champion you are. There was no doubt in your mind tonight – Daniil felt the full force of your will. Sublime 9!”

Medvedev was the brightest of the younger talents looking to break into the Grand Slam winners’ circle in Melbourne this year and reached the final on the back of a 20-match winning streak that included victories over the best players in the game.

The 25-year-old Russian was made to look plain ordinary by Djokovic in the final, however, as the Serbian showcased his incredible mental strength and a bewildering array of shots.

“It was an unbelievable performance,” Swede Wilander told Eurosport.

“That’s a huge statement to (the next generation), to us, to the whole world. Novak is just so complete these days, he can hit those little drop shots, he can come to the net, he’s got choices.”

Former US Open champion Andy Roddick was not always a big fan of Djokovic the man – once almost coming to blows with him in the dressing room – but was left in awe of his performance at Melbourne Park.

“Djoker is so good,” the American posted on Twitter. “He’s routined great, great players at the Aussie Open over the years. There is nowhere to attack him on the court. It’s like not being able to hit a boxer, but that boxer also has knockout power in both hands. Props.”