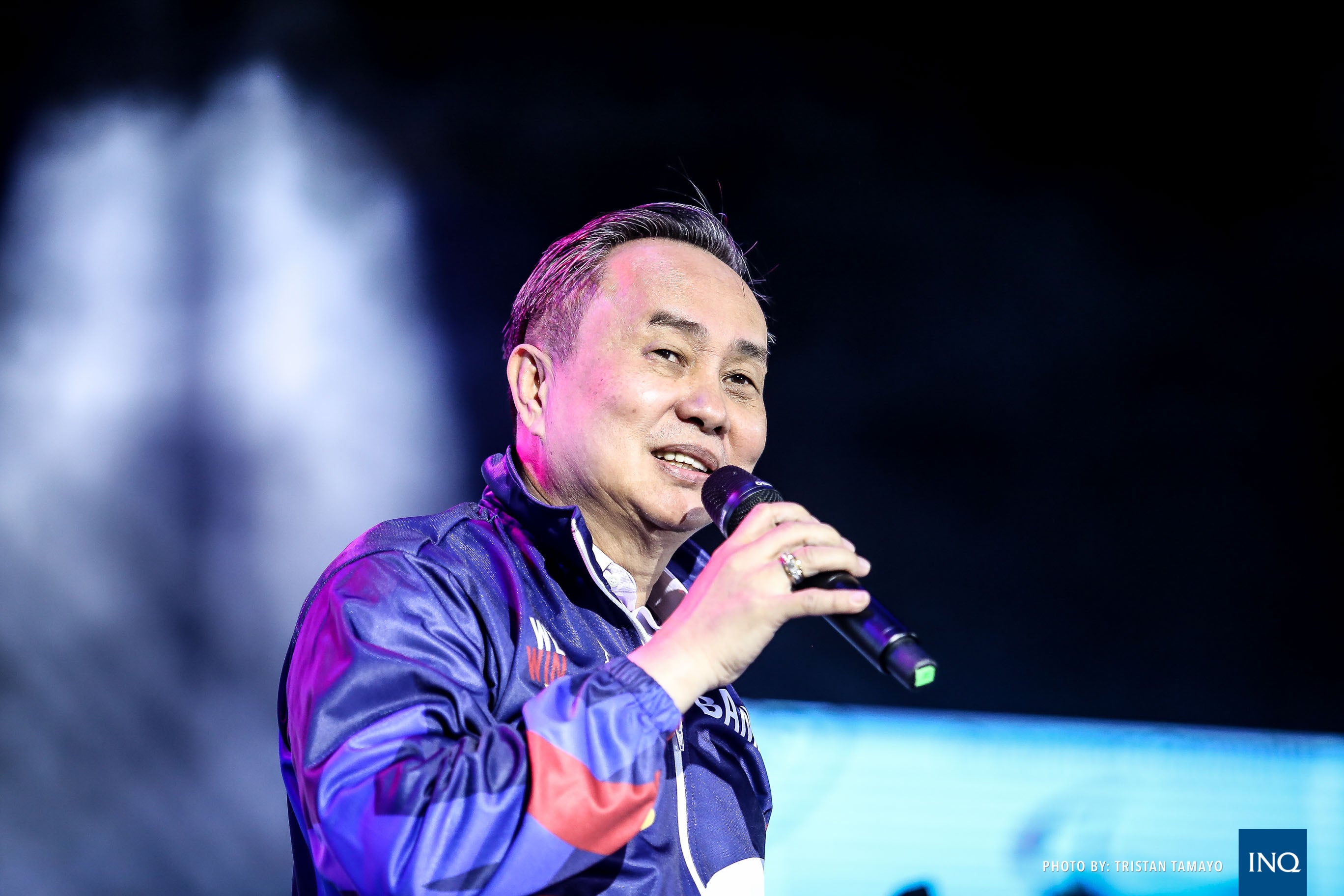 Superior in the previous hosting of the Southeast Asian Games, Philippine Olympic Committee president Abraham “Bambol” Tolentino is now entertaining thoughts of bringing the formula for success to the Asian Games.

This early, Tolentino said the local Olympic body has submitted to the Hangzhou Asian Games Organizing Committee the list of 46 sports where athletes from Team Philippines will vie for medals.

“We based the list on our effort to surpass our last achievement of four gold medals because we improved a lot in the SEA Games,” said Tolentino.

The representative from the eighth district of Cavite has included weightlifting, skateboarding, golf and combat sports boxing, judo, taekwondo, pencak silat and wushu, all of which delivered medals in the 2018 edition of the 45-nation meet in Jakarta, Indonesia.

“Many of our medal-winning athletes in the SEA Games are capable of delivering on the Asian level,” said Tolentino, one of the architects of the country’s overall title during the 2019 SEA Games.

“It is high time for Filipino athletes to perform better in the Asian Games after we have dominated the SEA Games twice,” added Tolentino.

The 19th Asian Games in Hangzhou, which has calendared 61 sports, is scheduled September 10-25 next year.

“We have started working on the Asian Games because next year is an election year, so it’s transition year for the PSC (Philippine Sports Commission),” said Team Philippines chef de mission Dr. Jose Raul Canlas, who was appointed by Tolentino.

“I’m coordinating with (PSC) Chairman William Ramirez on how we are going to go about the budget right now,” said Canlas.

Boxer Rogen Lagon and judoka Kiyomi Watanabe pocketed a silver medal each aside from 15 bronze medals courtesy of pencak silat (four), taekwondo (three), boxing (two), wushu (two) and one each from cycling, jiu-jitsu, karate and golf.