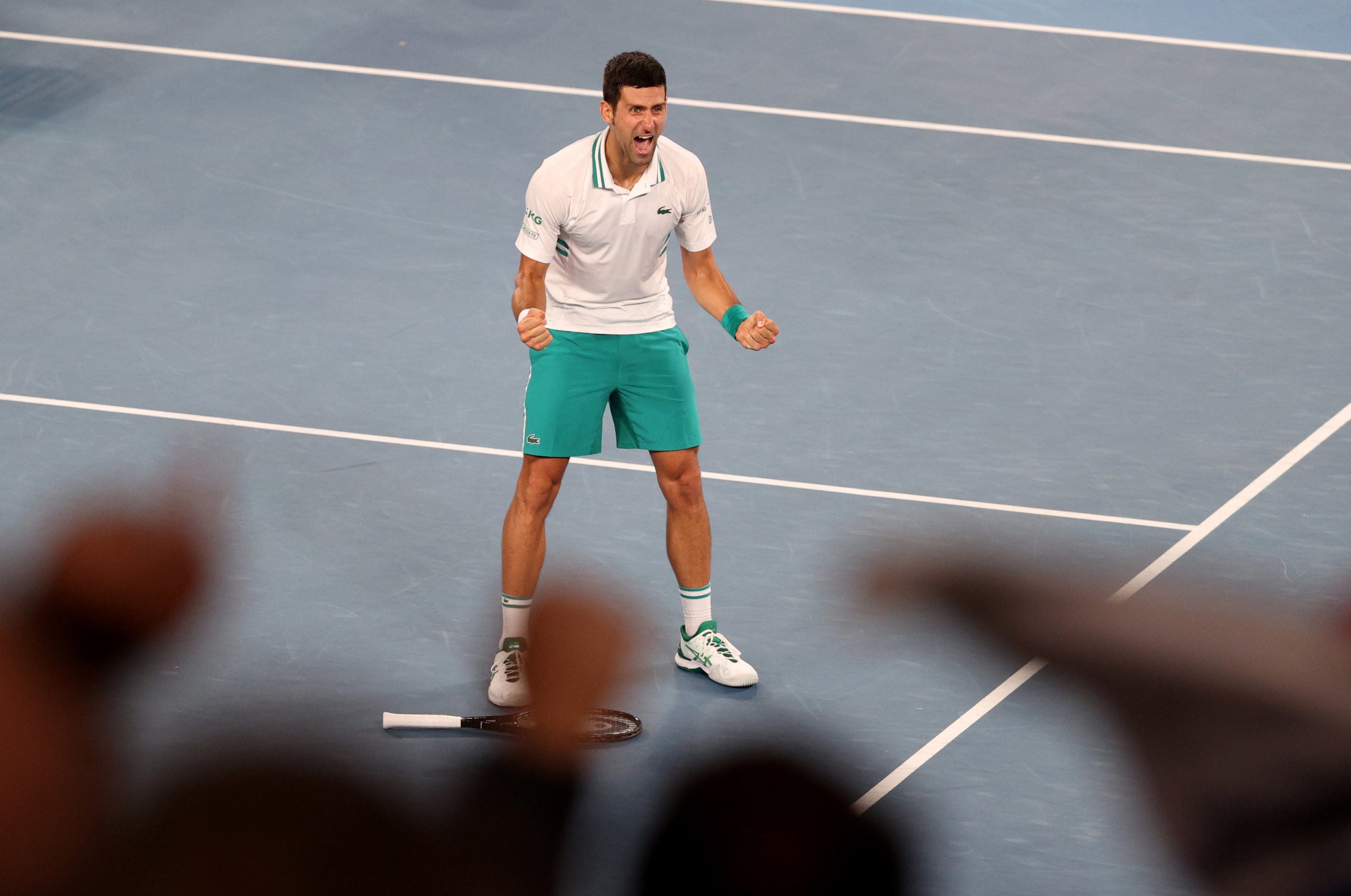 Not content with challenging Roger Federer and Rafael Nadal for the men’s Grand Slams record, Novak Djokovic has Serena Williams and Margaret Court in his sights after claiming an astonishing ninth Australian Open title.

The world number one’s bold statement followed Sunday’s final, when he ended a turbulent tournament marked by a muscle injury and media attacks by humbling an in-form Daniil Medvedev.

Djokovic’s 18th major crown placed him within striking distance of the men’s record of 20, jointly held by Nadal, who lost in the quarterfinals, and Federer, who was absent through injury.

But the Serb also raised the prospect of a bigger goal: reaching the 23 held by Williams, and even the 24 won by Court straddling the amateur and Open era.

“Getting closer to maybe Roger’s, Rafa’s record, Serena, Margaret,” said Djokovic, when asked about his goals and schedule for this year.

“Everyone has their own journey and their own way of making history. They’ve made history already. They made a tremendous mark in our sport.

“I think about winning more Slams and breaking records, of course. And most of my attention and my energy from this day forward, until I retire from tennis, is going to be directed in majors, trying to win more major trophies.”

Djokovic, 33, said he would play a slimmed-down schedule focusing on the majors, rather than the rankings, now he’s guaranteed to surpass Federer’s record of 310 weeks as world number one on March 8.

His triumph follows a difficult tournament, after he suffered a muscle tear in the third round and was criticized for requesting better conditions for players during quarantine.

“It hurts,” he said of the criticism. “I’m a human being. I have emotions.”

The Serb’s 7-5, 6-2, 6-2 win over the 25-year-old Medvedev, who was on a 20-match winning streak, was also a sobering moment for the younger players hoping to dislodge the ‘Big Three’.

“Roger and Rafa inspire me,” he added. “I think as long as they go, I’ll go. In a way it’s like a race who plays tennis more and who wins more.

“It’s a competition between us in all areas. But I think that’s the very reason why we are who we are, because we do drive each other, we motivate each other, we push each other to the limit.”

Djokovic’s coach Goran Ivanisevic said the Big Three were producing “better and better tennis” and also noted that Court’s record was on the horizon.

“I don’t know where is the end. Maybe they’re going to overtake Margaret Court and Serena, maybe not,” he said.

“But it’s amazing what they doing on the court. It’s amazing how they perform in the big matches.”

And Djokovic, dubbed the “king of Melbourne” by Medvedev, had a warning for the generation coming up behind the Big Three.

“I think that’s something that is very clear. Whether you communicate that message or not, we are definitely sending that vibe out there.”