Algieri warns Garcia: If Pacquiao puts you down, you're not getting up | Inquirer Sports
Close
menu
search Manny Pacquiao of the Philippines (R) fights against Chris Algieri of the US (L) during their world welterweight championship boxing bout at the Cotai Arena in Macau on November 23, 2014. AFP

MANILA, Philippines—Chris Algieri gave Ryan Garcia a piece of advice about wanting to fight Manny Pacquiao, and it was one borne out of experience.

In an interview with Fino Boxing, Algieri described how destructive Pacquiao is inside the ring and one shot is all it takes to turn the tide to the side of the eight-division World champion.

Algieri said that Pacquiao, whom he faced and lost to in 2014, would be able to look for any advantage during a fight and Garcia’s slip-up against Luke Campbell is something the sporting icon will easily use.

“From the things I saw in the Luke Campbell fight, Manny would be able to capitalize very well and if Manny puts you down you’re not getting up,” said Algieri. 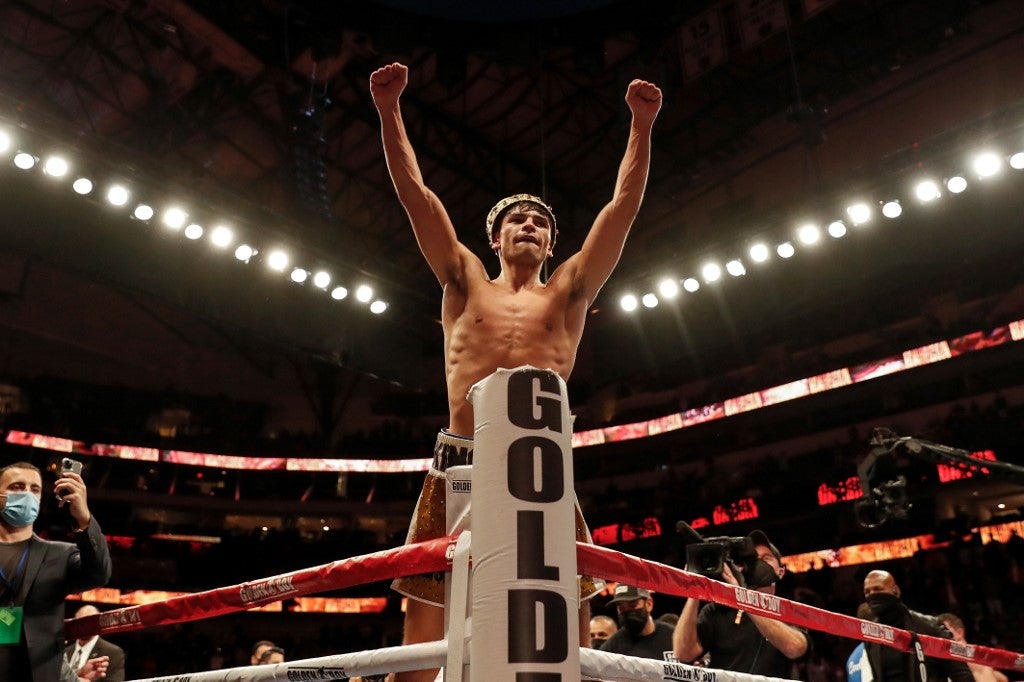 Garcia, a 5-foot-10 lightweight, defeated Campbell via seventh round knockout in January to earn the WBC interim title in the 135-pound division.

It wasn’t a one-sided fight, though, as Campbell put Garcia down with a left hook in the second round of their fight, and that’s the area that Algieri fears Pacquiao would quickly use to open up the 22-year-old champion.

“The thing about someone like Ryan Garcia is his progression from fight to fight is exceptional,” said Algieri. “So you don’t exactly know what level Ryan’s going to be at when he comes to the fight because he is getting better every fight.”

Garcia publicly said that Pacquiao, who’s now a welterweight, is his idol growing up and he wants to take on the fighting legend in the future despite the clear weight difference.

Gibbons: ‘Anything can happen’ in Pacquiao-Garcia fight