Lewandowski on brink of next goal-scoring milestone | Inquirer Sports

Lewandowski on brink of next goal-scoring milestone 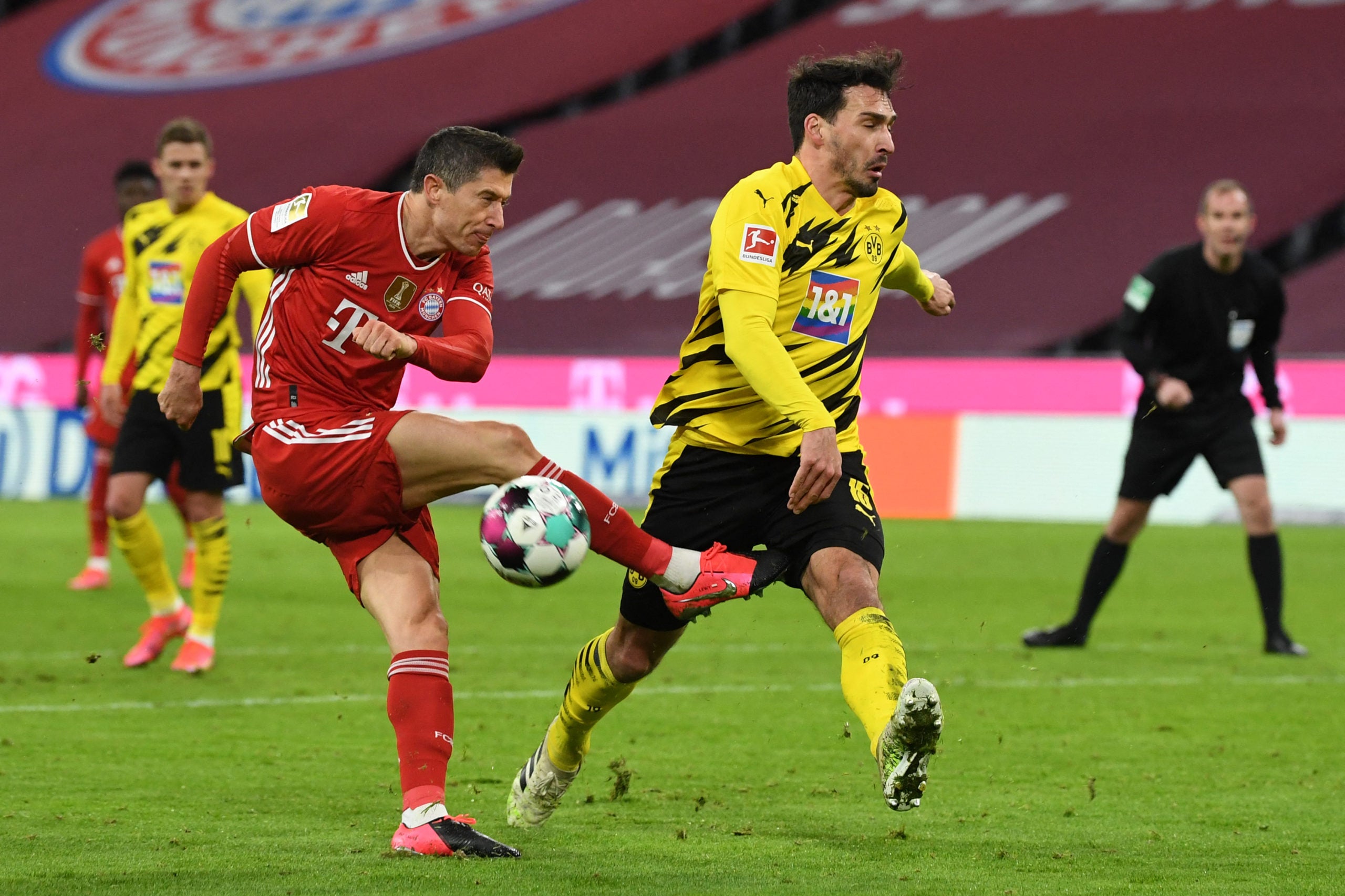 Robert Lewandowski can reach another milestone Saturday in his quest to better Gerd Mueller’s all-time record of 40 goals in a Bundesliga season.

The Bayern Munich striker bagged a hat-trick in last weekend’s 4-2 win over Dortmund in Germany’s ‘Klassiker’ to leave him on 31 league goals this campaign.

The result keeps the champions two points clear at the top of the Bundesliga.

With 10 league games left, Lewandowski is nine goals short of Mueller’s stunning record set in 1971/72, which many assumed would never be bettered.

Only Bayern legend Mueller scored more in Germany’s top-flight with 365 in 427 league games.

Fischer, who played for 1860 Munich, Schalke,  Cologne, and Bochum between 1968 and 1988, backs Lewandowski to better Mueller’s record.

“He (Lewandowski) has a huge chance,” Fischer told magazine Kicker.

“He needs nine goals in the last 10 games.

“The way the season has gone until now, you’d have to assume it’s realistic.”

Bayern have banged in 13 goals in their last three games since last month’s shock defeat at Eintracht Frankfurt.

During his career, Lewandowski has scored 20 goals in as many games against Bremen – his highest tally against a Bundesliga club.

Bayern centre-back Jerome Boateng could return from a knee injury, but David Alaba is suffering from a leg knock.

Mid-table Bremen are unbeaten in three games, but their last win over Bayern was nearly 13 years ago.

Former Bayern defender Marco Friedl misses facing his ex-club after picking up a fifth yellow card this season in Bremen’s 2-0 win at Bielefeld on Wednesday.

Striker Niclas Fullkrug has an Achilles tendon injury, but US forward Joshua Sargent has scored in each of his last three games.

On Sunday, second-placed RB Leipzig face a tough test at home to Eintracht Frankfurt, who earned a shock 2-1 win over Bayern last month.

After being knocked out of the Champions League in the last 16 by Liverpool on Wednesday, Leipzig coach Julian Nagelsmann wants his side to work out their “anger or disappointment” before tackling Eintracht.

Under their Japanese captain Makoto Hasebe, Frankfurt are up to fourth after winning six of their last nine league games.

Frankfurt striker Andre Silva has banged in 19 league goals, while Leipzig are without their goal-scoring left-back Angelino who is sidelined by injury.

One to watch: Erling Braut Haaland

Hertha Berlin are the next club who will try to stop Dortmund striker Erling Braut Haaland on Saturday.

He netted twice in Tuesday’s 2-2 draw with Sevilla to leave him with a record 20 goals in his first 14 Champions League games.

Haaland scored four goals in just 33 minutes last November when Dortmund romped to a 5-2 win over Hertha in Berlin.

The former Germany defender admits it will be a “big challenge” for Hertha to contain Haaland, who Friedrich describes as “the perfect striker” with his “size, speed and super finish”.

Haaland has scored 19 league goals this season, including two inside the first nine minutes of last weekend’s defeat to Bayern.

Dortmund will be without England winger Jadon Sancho and Swiss defender Manuel Akanji who both have leg injuries.