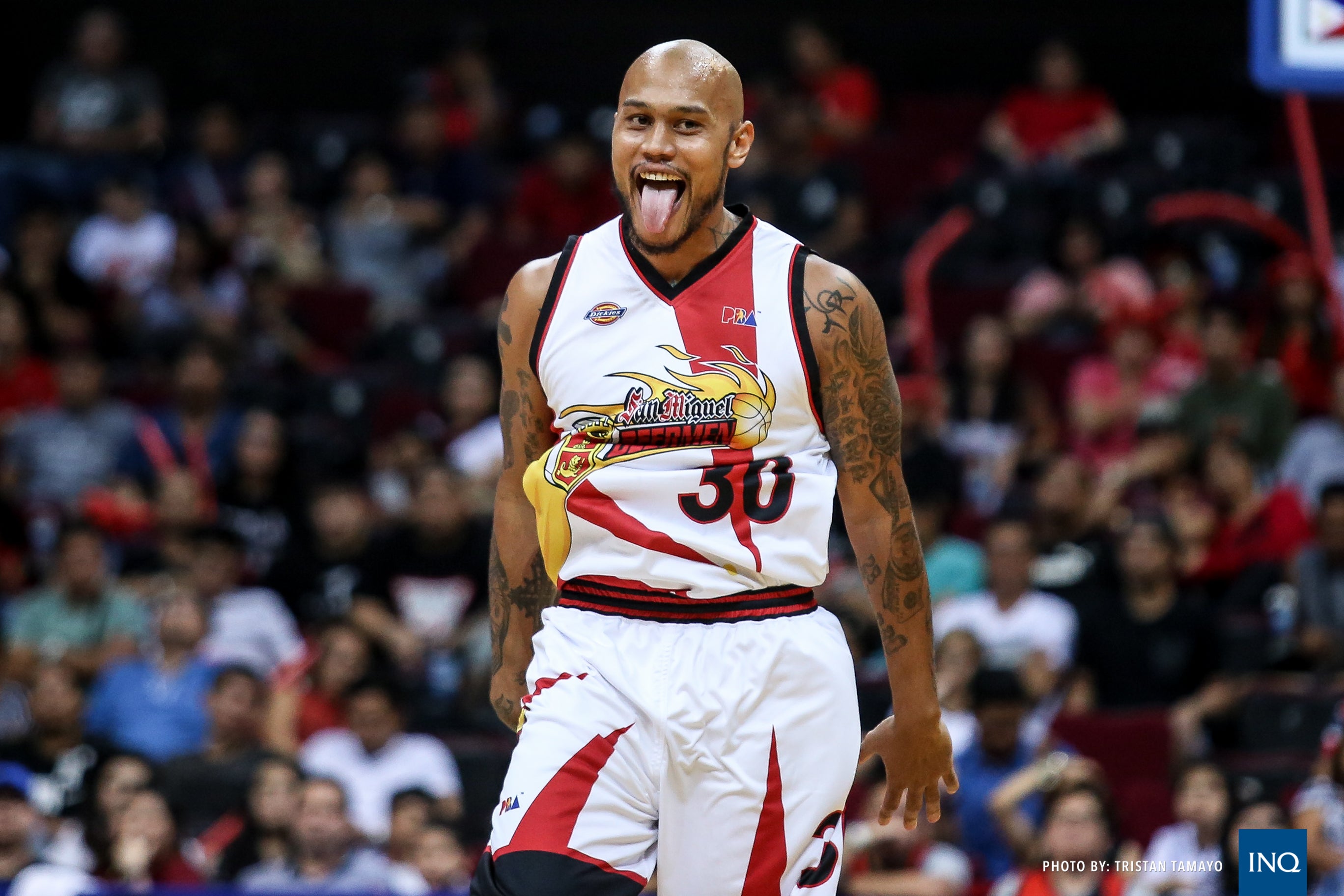 Kelly Nabong, who played for several teams in the PBA including San Miguel, is headed back to Blackwater. INQUIRER FILE PHOTO

MANILA, Philippines—Kelly Nabong will go back to where it all started as he signed a short-term deal with Blackwater—the same franchise that he played for during his D-League days.

The 6-foot-6 big man was once the cornerstone of the team in the development circuit when he paired with combo guard AJ Mandani.

“He played for us in the D-League,” said Blackwater owner Dioceldo Sy as per PBA.ph.

Nabong, known as one of the most volatile players in the league, has played for three teams since he entered the PBA in 2012.

The bruising center/forward was the 17th overall pick of the 2012 Draft though he never played one game for Rain or Shine, instead spending his first few months with Meralco before he was shipped to NorthPort (then Globalport) for John Wilson in May 2015.

Nabong went back-and-forth between his first two clubs before he landed in San Miguel in 2018, helping the club to the 2019 Philippine and Commissioner’s Cups.

His last stint was with the Batang Pier where he averaged 11.5 points and 5.1 rebounds across 11 games during the 2020 Philippine Cup but the team did not extend his contract making him an unrestricted free agent.

Often in the receiving end of fines, Nabong featured in a punching incident with Magnolia forward Marc Pingris in 2013 with the Commissioner’s Office fining the two big men P60,000 each.

Nabong had a verbal spat with his then Meralco assistant coach Jimmy Alapag, a man he eventually played for in San Miguel.

There was also the physical altercation with then Rain or Shine guard Maverick Ahanmisi but none of those pale in comparison to the infamous practice incident in San Miguel that involved import Dez Wells, Arwind Santos, and Ronald Tubid.