Minus stars, Lakers hope to build on big win vs Knicks | Inquirer Sports

Minus stars, Lakers hope to build on big win vs Knicks 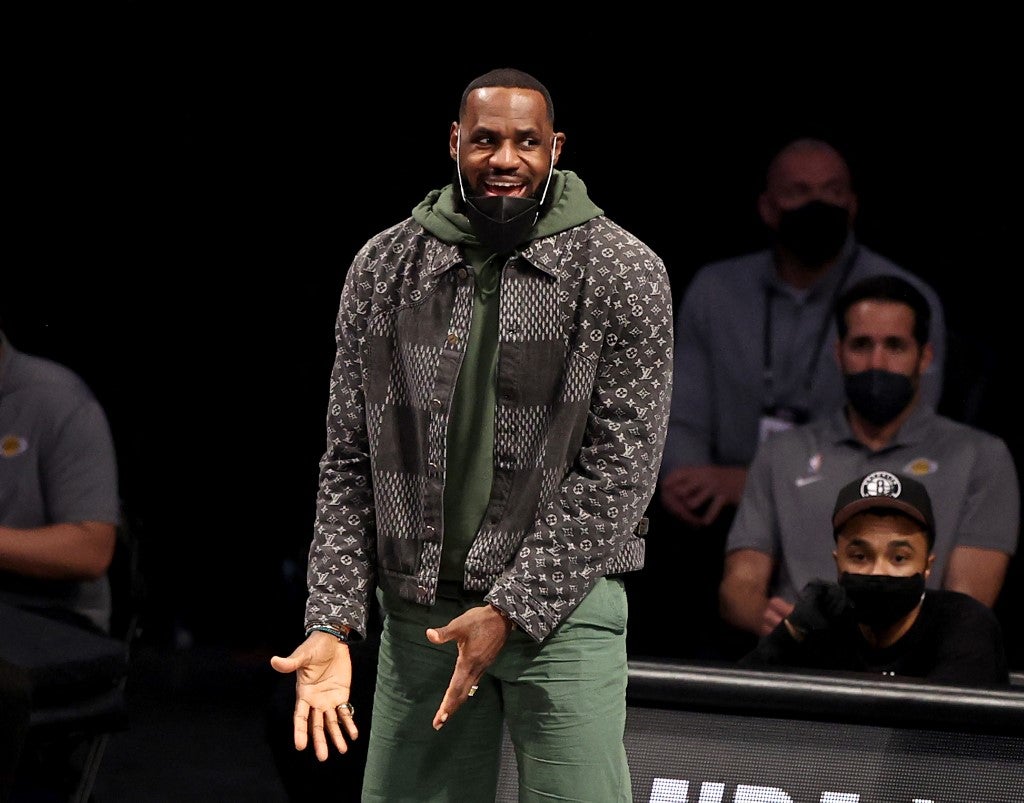 LeBron James #23 of the Los Angeles Lakers talks to his teammates as the Brooklyn Nets are on the line shooting a free throw in the fourth quarter at Barclays Center on April 10, 2021 in the Brooklyn borough of New York City. Elsa/Getty Images/AFP (Photo by ELSA / GETTY IMAGES NORTH AMERICA / Getty Images via AFP)

The results for the Los Angeles Lakers without LeBron James and Anthony Davis have been uneven, but they discovered over the weekend that they can still dominate with their superstar duo cheering from the bench.

The Lakers will attempt to follow up one of their most impressive performances without James and Davis on Monday night when they visit the New York Knicks.

Los Angeles sits in fifth place in the Western Conference, one game behind the Denver Nuggets.

The Lakers will be playing their 12th game without the duo, who could return within two to three weeks. James (right ankle) has missed 11 straight games, and Davis (strained right calf) has missed 25 straight contests.

Los Angeles is playing better than in the initial part of James’ absence. The Lakers lost the first three games after James was injured March 20 against Atlanta, but they are 5-3 in their past eight games. Included in that span are three double-digit victories, most recently Saturday, when they pulled away in the second half for a 126-101 rout over the Brooklyn Nets.

Besides James and Davis, the Lakers also could be missing Kyle Kuzma (left calf strain), Wesley Matthews (right Achilles tendon tightness) and Marc Gasol (left hamstring soreness). That trio is questionable for Monday after sitting out on Saturday. 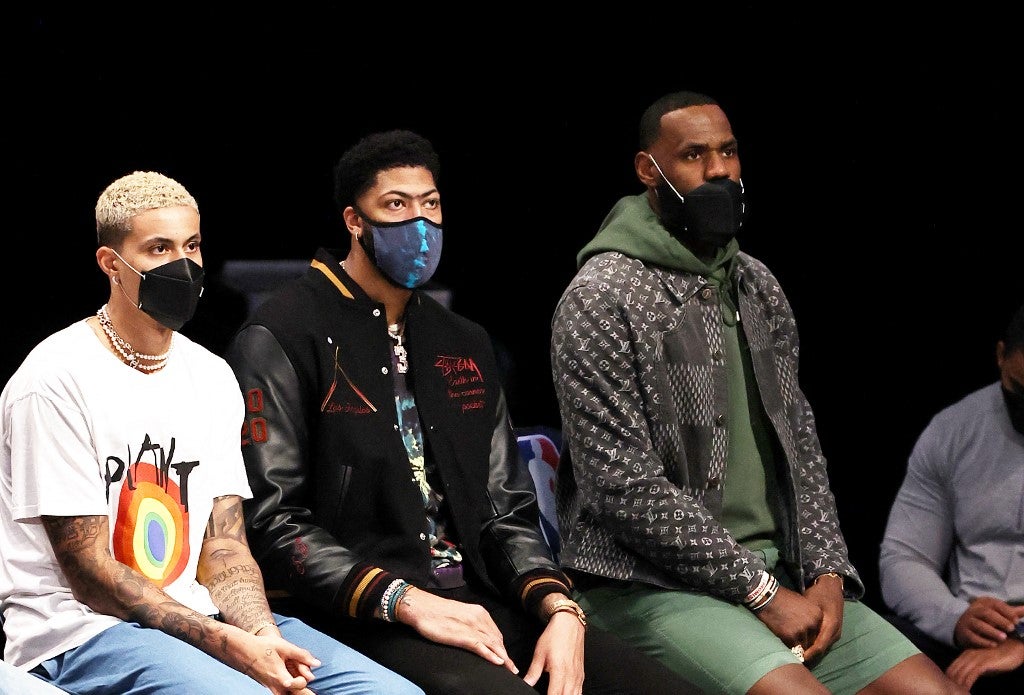 Kyle Kuzma #0,Anthony Davis #3 and LeBron James #23 of the Los Angeles Lakers look on from the bench in the first quarter against the Brooklyn Nets at Barclays Center on April 10, 2021 in the Brooklyn borough of New York City. Elsa/Getty Images/AFP (Photo by ELSA / GETTY IMAGES NORTH AMERICA / Getty Images via AFP)

Despite five players missing and Dennis Schroder ejected early in the third quarter, the Lakers cruised to their fifth win of at least 25 points this season.

“It doesn’t matter (to) the players in uniform if everyone is competing on the defensive end and sharing the basketball offensively and playing selflessly,” Lakers coach Frank Vogel said. “You have a chance to win every night. Even if we’re depleted, we have enough firepower offensively to win.”

Those absences were lessened by the Lakers getting a season-high eight players into double figures while tying a season-best with 19 3-pointers.

Andre Drummond led the way with 20 points and 11 rebounds in his second game back from sitting out three games with a toe injury. The other four starters (Schroder, Talen Horton-Tucker, Markieff Morris and Kentavious Caldwell-Pope) scored at least 14 points.

“The next-man-up mentality that they’ve been preaching to us non-stop all year is just something that we come into every game (with),” Horton-Tucker said.

The Knicks will be taking the floor about 21 hours after holding on for a 102-96 win over the visiting Toronto Raptors on Sunday night. It was New York’s second straight win decided by six points or less following consecutive two-point road losses to the Boston Celtics and Brooklyn Nets and a stretch of five losses in six games.

“You just gotta keep working at it,” New York coach Tom Thibodeau said. “You never know when it’s going to change. So put everything into it to try and make it go your way.”

On Sunday, the Knicks blew an 18-point lead and also saw other things go wrong. The Knicks shot 39.8 percent overall, missed 26 of 35 3-point tries, gave up a 40-15 run in the second half and also withstood a brief delay due to a leaky roof in the third quarter.

Julius Randle scored eight of his 26 in the fourth quarter, while RJ Barrett finished with 19, including a clutch 3-pointer with 34.9 seconds left — two nights after hitting the tiebreaking 3-pointer in overtime to beat the Memphis Grizzlies.

The win over the Raptors kept the Knicks one game ahead of the Indiana Pacers for eighth in the Eastern Conference. It also pulled them within 1 1/2 games of the Charlotte Hornets, Miami Heat and the Celtics.