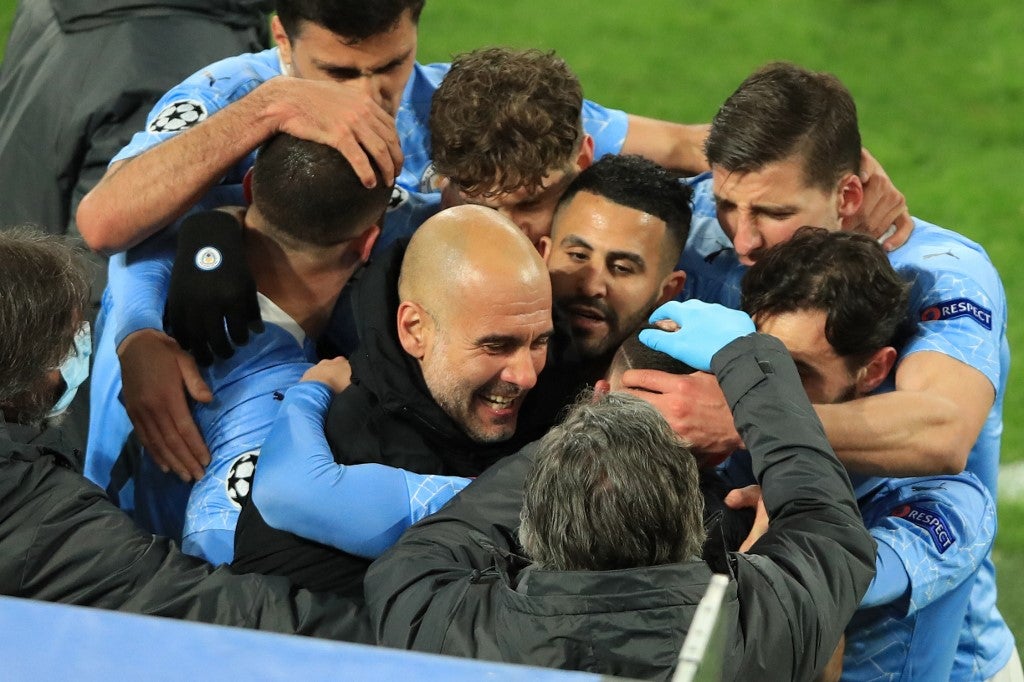 DORTMUND, Germany—Manchester City scored twice in the second half through Riyad Mahrez and Phil Foden to beat Borussia Dortmund 2-1 on Wednesday and reach the Champions League semifinals for the first time in six years.

Foden, who scored the winner in their 2-1 first-leg victory, fired in off the post in the 76th minute after Mahrez had converted a 55th-minute penalty to secure a 4-2 aggregate triumph and send City into the last four for the second time.

“It means a lot, this club this team deserves it,” City midfielder Ilkay Gundogan said. “We are grateful for being in a great competition, reaching the semi-final for the first time with this team.

“This Borussia team has a lot of quality,” he said. “On a good day they can beat everyone. It’s about staying in the game, attitude, personality, especially in that stage of the competition.”

Dortmund had gone ahead when striker Erling Haaland chased down a deep cross, the ball falling to Jude Bellingham and the teenager curling his shot into the top corner in the 15th minute for his first Champions League goal.

Premier League leaders City, eliminated in the quarterfinals of the competition in the previous three years, will face Paris St Germain in the semifinals after the French champions knocked out holders Bayern Munich on Tuesday.

City manager Pep Guardiola reached his eighth Champions League semifinal as a coach, equalling Jose Mourinho, and his first with the English club.

The Spaniard had made seven changes from Saturday’s team that lost to Leeds United but it was Dortmund who looked fresher and went ahead through a fine strike by English teenager Bellingham who scored his first Bundesliga goal at the weekend.

City, faced with a fourth consecutive quarter-final exit, upped the tempo and Kevin De Bruyne rattled the post with a 25th-minute shot.

Mahrez was denied by Bellingham’s clearance as City took control of the game, but the Algerian did better 10 minutes after the restart when he converted a spot-kick awarded for a handball by Dortmund defender Emre Can, whose mistake also gifted City their opening goal in the first leg.

The hosts tried hard to get back into the game and Mats Hummels’ 69th-minute header fizzed narrowly over the bar.

The Germans, however, were opening up more as they looked for the winner that would take the game into extra time and City found the space they needed to strike again.

De Bruyne forced a good save from Dortmund keeper Marwin Hitz in the 75th minute before Foden scored with the very next move to settle the tie and keep City on course to win four major trophies this season.

“Obviously, this is bitterly disappointing. We were in the next round after three of the four halves in this tie,” said Dortmund coach Edin Terzic.

“We tried to keep it tight and we managed to do that for much of the game. Now we will spend the remainder of Wednesday feeling disappointed.

“But City played outstanding football in both matches and deserved to go through,” he said.