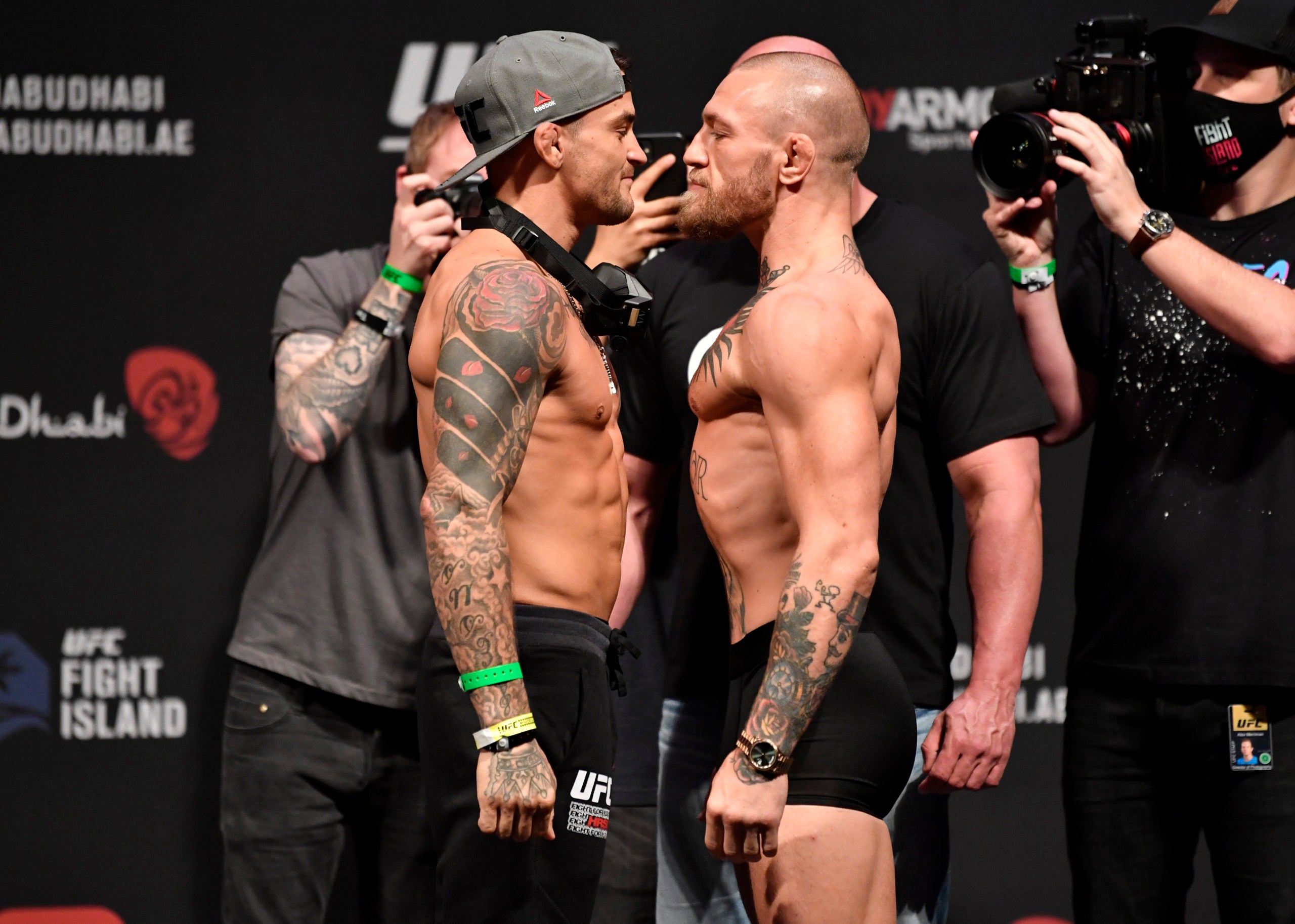 UFC 264 will feature a Conor McGregor vs. Dustin Poirier main event and another rarity in sports: a capacity crowd.

The July 10 event is official as of Wednesday and UFC announced the event in Las Vegas is permitted to sell tickets to capacity. Nevada drops many coronavirus-related restrictions as of May 1 with another benchmark on June 1, although the statewide mask mandate is to remain in place.

“I’m so happy to finally be able to say Vegas is back,” UFC president Dana White said in his tweeted video. “This summer Las Vegas is back open for business and on July 10, UFC 264 will be at the T-Mobile Arena in Las Vegas at 100% capacity. Ladies and gentlemen, that’s 20,000 fans.”

Poirier defeated McGregor by TKO in the second round of their UFC 257 bout in January.

McGregor was a -300 favorite in the January fight and opened on Wednesday as a favorite again. PointsBet and FanDuel opened McGregor at -120 over Poirier (-105).

McGregor signed the bout agreement for a trilogy fight against Poirier on Wednesday morning, he told ESPN.

Poirier (27-6) officially signed earlier this week for the fight against McGregor at T-Mobile Arena.

McGregor (22-5) reportedly agreed to the fight weeks ago. McGregor, 32, previously said that he wanted another shot at the 32-year-old Louisiana native after losing to him in January in Abu Dhabi.

McGregor won the first encounter between the two with a first-round TKO at UFC 178 in 2014.