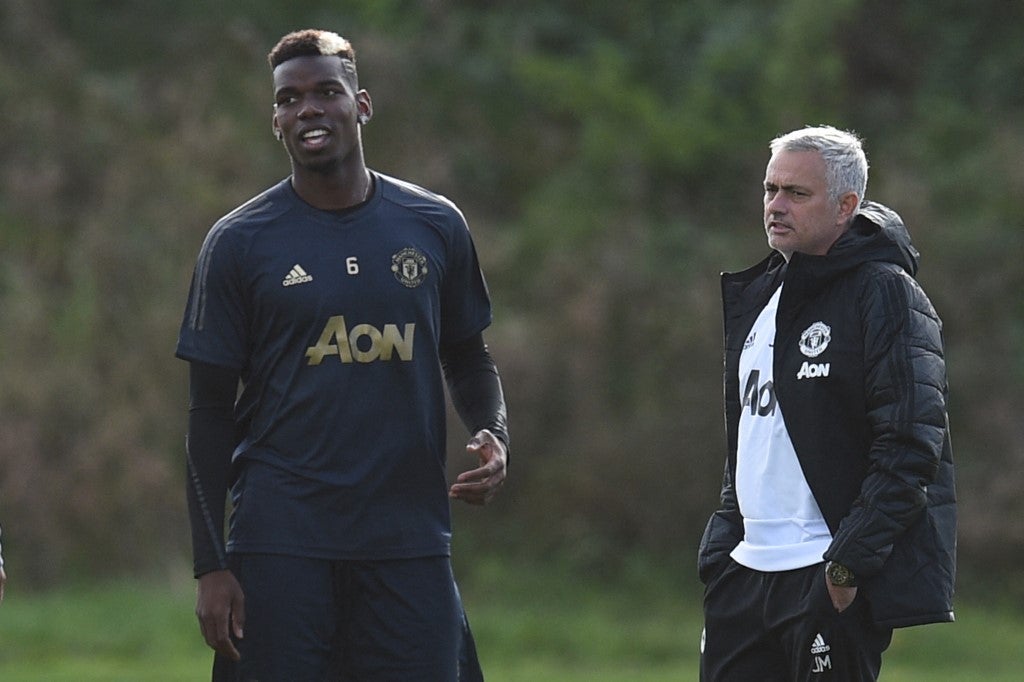 Paul Pogba has attacked Jose Mourinho’s man-management style, accusing him of “going against players” and making them feel like “they don’t exist anymore.”

After Mourinho’s appointment as Manchester United manager in 2016, he made Pogba the world’s most expensive player.

Pogba was instrumental as United claimed a League Cup and Europa League double in 2017, but the pair had an uneasy relationship before Mourinho was sacked in December 2018 and succeeded by Ole Gunnar Solskjaer.

Mourinho’s relationship with some of his players deteriorated following that first campaign and there were reports of a training ground spat with Pogba after the France midfielder was stripped of the United vice-captaincy in September 2018.

“What I have now with Ole is different because he wouldn’t go against the players,” Pogba said in a Sky Sports interview.

“Maybe Ole wouldn’t pick them, but it’s not like he puts them on the side like they don’t exist anymore. That’s the difference between Mourinho and Ole.

“Once I had a great relationship with Mourinho. Everybody sees that and the next day you don’t know what happened.

“That’s the strange thing I had with Mourinho. And I cannot explain to you because, even me, I don’t know.”

Pogba’s comments came after United piled the pressure on Mourinho with a 3-1 win at Tottenham last Sunday.

Spurs are six points off the top four with just seven Premier League games to play.

Solskjaer and Mourinho clashed in a heated exchange of words after the United boss was unhappy when Son Heung-min went down in the build-up to Edinson Cavani’s controversial disallowed opener.

Mourinho said he was “very disappointed” by Solskjaer’s claims he would not feed his son if he had behaved like the South Korean, but Pogba accused the Portuguese of using deflection tactics to take the focus away from Tottenham’s performance.

Pogba said: “I am sure Mourinho said something that made people speak. That’s what he does. We got the result that we wanted. Ole knows it and we enjoyed that moment.

“We know Mourinho and what he likes. We don’t need this.”