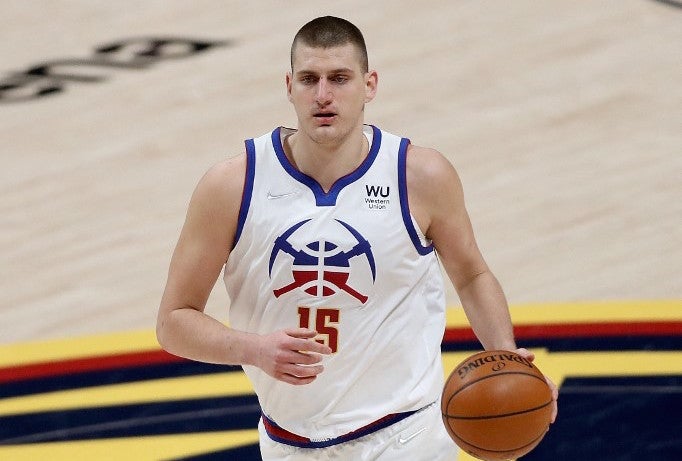 FILE – Nikola Jokic #15 of the Denver Nuggets brings the ball down the court against the Dallas Mavericks in the second quarter at Ball Arena on March 13, 2021 in Denver, Colorado. Matthew Stockman/Getty Images/AFP

Nikola Jokic had 47 points, 15 rebounds and eight assists, Will Barton scored 28 points and the host Denver Nuggets rallied to beat the Memphis Grizzlies 139-137 in double overtime on Monday night.

Michael Porter Jr. scored 21 points, JaMychal Green and Paul Millsap had 12 each off the bench and PJ Dozier added 10 for Denver.

Ja Morant finished with 36 points and 12 assists, Grayson Allen scored 24 and Xavier Tillman had 18 points and 14 rebounds for Memphis.

De’Anthony Melton came off the Grizzlies’ bench to score 25 points after missing the past eight games due to a leg injury. Kyle Anderson had 11 points and John Konchar scored 10.

Both teams were short-handed. Denver guard Monte Morris was out with a right hamstring strain, Memphis center Jonas Valanciunas was out with a concussion and Grizzlies guard Dillon Brooks didn’t play because of a left thigh injury.

The Grizzlies got Justise Winslow (six points) and Brandon Clarke (four points) back from injury as well as Melton.

The Nuggets scored the first four points of the second overtime, but a 3-pointer by Morant gave Memphis the lead. Porter tied it with a 3-pointer, and the teams traded baskets before Jokic hit a 3-pointer to put Denver ahead 137-134 with 41.1 seconds left.

Allen missed a 3-point attempt and Dozier made two free throws with 9.4 seconds left to ice it.

Dozier’s tip-in to open overtime gave Denver its first lead since the second quarter, but Morant scored seven quick points to put Memphis ahead 125-120. Barton’s 3-pointer with 12.8 seconds left sent it to a second overtime.

Denver led 44-40 in the second quarter before Memphis scored the next 14 points to go ahead by 10. The Nuggets rallied to cut it to 60-56 at the half.

The Grizzlies led by 13 in the third, but Denver rallied to cut it to 86-85. Memphis stretched it to 95-87 heading into the fourth.