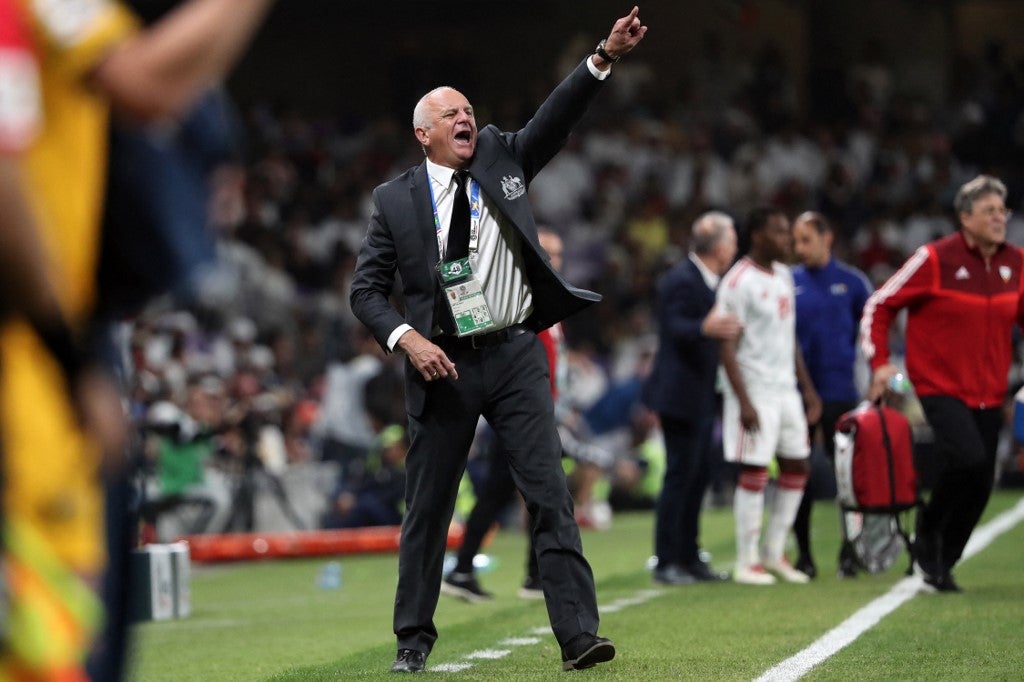 MELBOURNE—Upbeat Australia coach Graham Arnold has urged Argentina to bring Lionel Messi to the Olympics and described their tough pool as Tokyo’s “group of dreams.”

Drawn with twice champions Argentina, 1992 winners Spain and Egypt, the ‘Olyroos’ face an uphill battle to reach the knockout rounds of the 16-team tournament, their first Games since Beijing in 2008.

“Let’s not write the ‘group of death’ anymore. It’s a group of dreams,” Arnold told reporters on Thursday.

“This is what you dream about in world football in these types of tournaments.

“The players, this is what they want.

⚔️ The draw for the Men's #OlympicFootball Tournament has thrown up some intriguing clashes!#Tokyo2020 pic.twitter.com/aWBvZJw3Zq

“I couldn’t be happier with the draw. It’s a great opportunity for the younger players to really put themselves on the stage and really show what they’ve got.

The men’s tournament in Japan is for under-24 players but nations are allowed to bring three over-age players.

Arnold, who also coaches Australia’s senior team, said all of his squad wanted an Olympic jersey but he would rather not bring any over-age footballers as it would deny younger talents their chance on the world stage.

“If we have a very good player in a certain position of an Olyroo age, then that Olyroo-aged player will go and there will be no over-age player for that position,” he said.

“Kids are getting a lot of game-time in the A-League, players overseas are impressing, so we’ve got to give those kids the opportunity first.

“I’m not going to pick a team around three over-age players.”

Australia’s best result in Olympic football was fourth at Barcelona in 1992, the first Games dedicated to under-23 sides.

Arnold said his squad was determined to win Australia’s first football medal and the tough draw had done nothing to change their ambitions.

“Otherwise why are we going? I’ve driven that mentality into these boys since I took over the Olyroos in 2018,” he said.