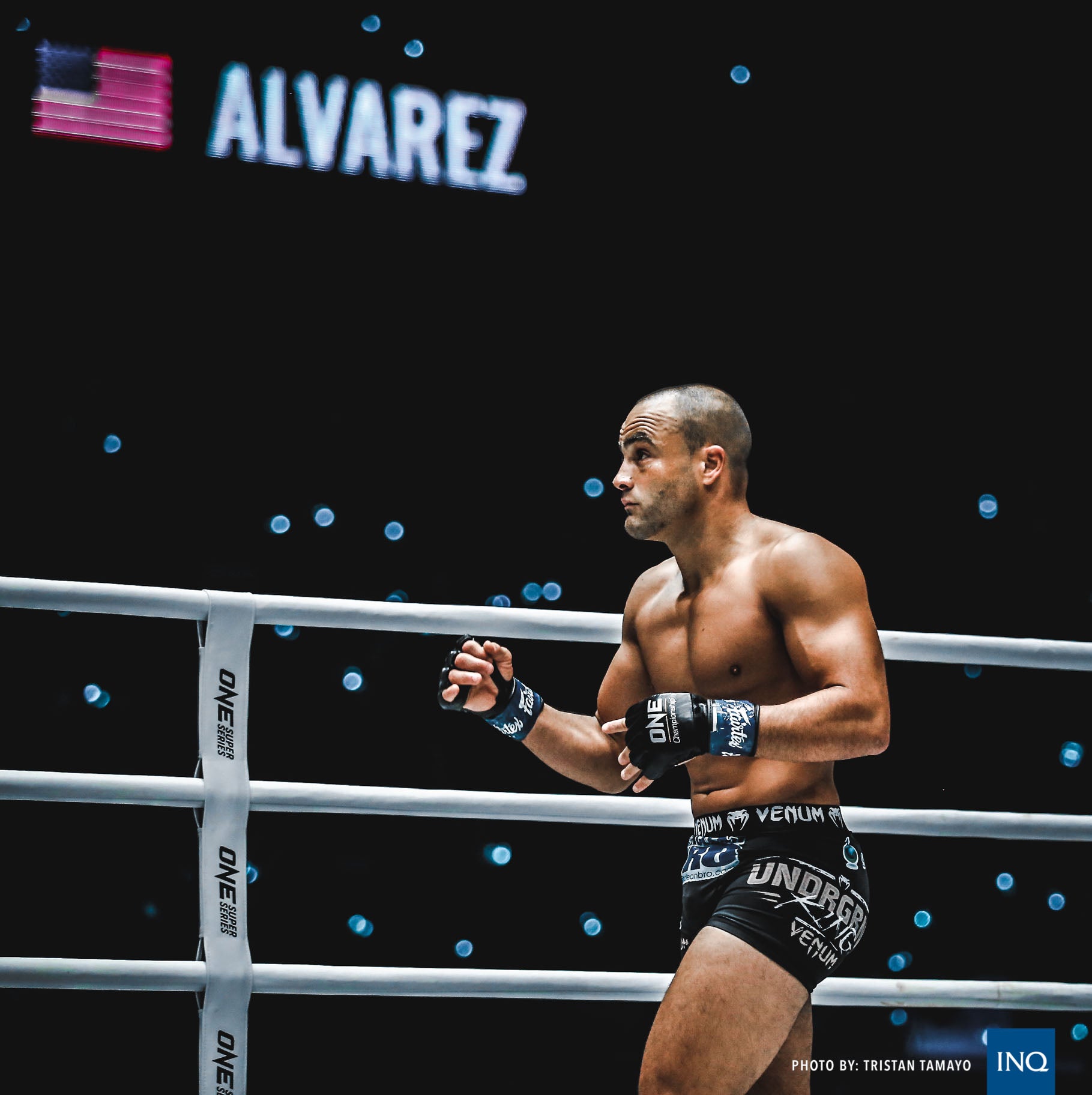 Eddie Alvarez in a ONE Championship bout. Photo by Tristan Tamayo/INQUIRER.net

MANILA, Philippines—Oscar De La Hoya has been adamant that his return to the sport of boxing would pit him against one of best fighters out there but it could apparently come against one of MMA’s finest.

As per ESPN, ONE Championship lightweight contender Eddie Alvarez is being courted to become De La Hoya’s opponent in the boxing legend’s return fight.

Alvarez, who is coming off a controversial disqualification loss against Iuri Lapicus on April 8 in ONE on TNT I, sees that a boxing match against De La Hoya could be plausible in the near future.

“Recently we’ve been hearing from Oscar De La Hoya’s guys. Look, I’m fixated on the ONE Championship belt. I’m laser, laser-focused on making history and getting my world title, but I feel like there’s going to be a lull,” said Alvarez in the ESPN interview.

Alvarez, though, is already booked for a bout against South Korea’s Ok Rae Yoon for ONE on TNT IV on Thursday but it could be a way to keep him active and boost his stock ahead of a potential fight against lightweight champion Christian Lee, who’s expecting his first child with wife Katie.

“The champion is going to sit for a little bit. I think he’s having a baby,” said Alvarez.

“There is a real possibility. Eddie and I spoke about it when he was in Singapore here. Oscar De La Hoya does want to fight Eddie Alvarez, and I think it would be a barnburner of a fight, and I told Eddie I was supportive. Of course, ONE Championship does have contractual rights, but I’m a big De La Hoya fan, and if he wants to slug it out with Eddie, I’m all for it,” said Sityodtong in an interview with MMA Junkie.

A fight between Alvarez and De La Hoya could see little to no problems in terms of weight.

“If that happens, Oscar De La Hoya and them guys have been reaching out and, hell, I’d love to get in there and mix it up with him. That would be a hell of a fight. I’ve got everybody here in Philadelphia backing me,” said Alvarez.

“The whole of Philadelphia boxing to back me up to get in there and mix it up with that guy. It would be a dream come true, and I actually think I’d do pretty damn good against him. So I’d be crazy excited about that if them guys figured that out.”