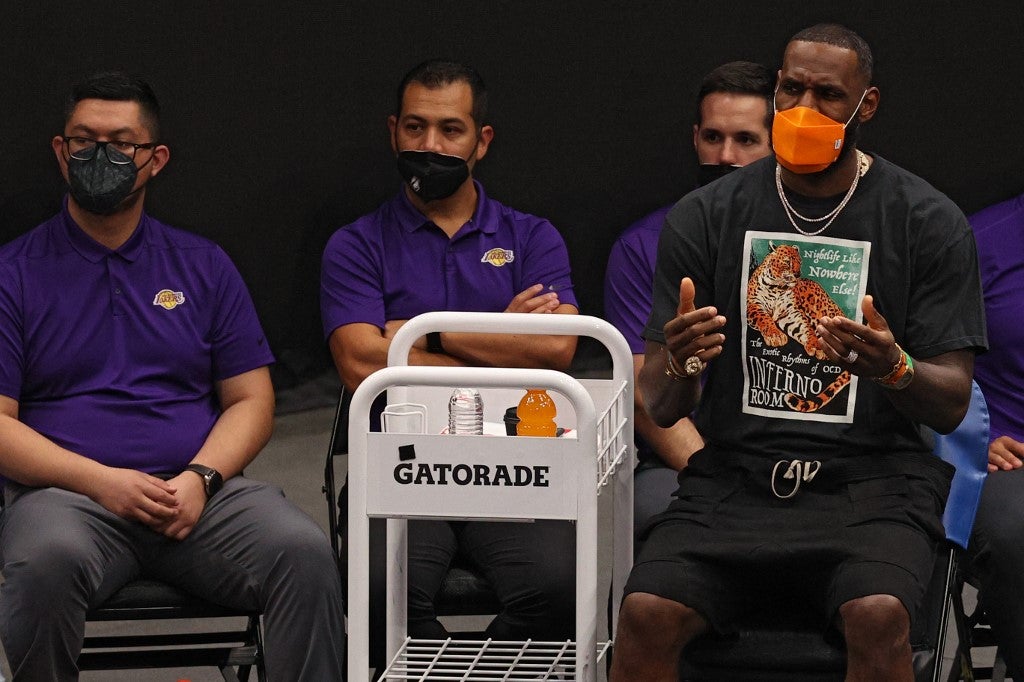 LeBron James could be back sooner rather than later, according to teammate Dennis Schröder.

“I heard LeBron is close,” Schroder said this week. “And then we’re going to use how many games we have left to get the chemistry right, get on the same page — even probably some games in the playoffs.”

However, when asked about when James will return this week, Los Angeles Lakers head coach Frank Vogel avoided specifics. The Lakers (36-26) host the Sacramento Kings on Friday to start a three-game homestand.

“The timeline is out indefinitely,” Vogel said. “I get detailed updates on everything he’s doing on the court on a daily basis, so we can measure and be in the loop on how close he’s getting.”

Los Angeles could use James, who has been out since March 20 with a right, high-ankle sprain. The Lakers are 8-12 without their superstar during that stretch.

The Lakers recently finished 1-3 on a four-game road trip and have lost five of their last seven games.

While the Lakers are clinging to the No. 5 seed in the Western Conference, the Kings (25-37) are six games behind the Golden State Warriors for the No. 10 spot and a shot at the play-in game for the postseason.

Sacramento opens a four-game road trip against the Lakers.

The Kings have not had a winning season in 15 years, and this year appears headed in a similar direction. They’ve lost 12 of their last 15 games.

On their home floor Wednesday, the Kings were clobbered by the Utah Jazz, 154-105 — the franchise’s worst loss since 1991.

“Honestly, it’s just embarrassing,” Kings center Richaun Holmes said. “There’s nothing else I can really say. Everyone watched the game. We were a part of the game — embarrassing, flat-out.

“We just have to come out and play harder, honestly. We can’t have a worst effort than we did tonight.”

The Kings have split the season series with the Lakers but will look to win the rubber match without one of the team’s best players.

Sacramento point guard De’Aaron Fox likely will be unavailable. Fox has missed the last three games due to the NBA’s health and safety protocols.

“It felt like at times it was just grown men having their way out there on the court,” Kings head coach Luke Walton said about the loss to Utah. “So, we have to be much better. And we have to understand we’re going to have some challenging times, and to really stay together and play together to get through those.”