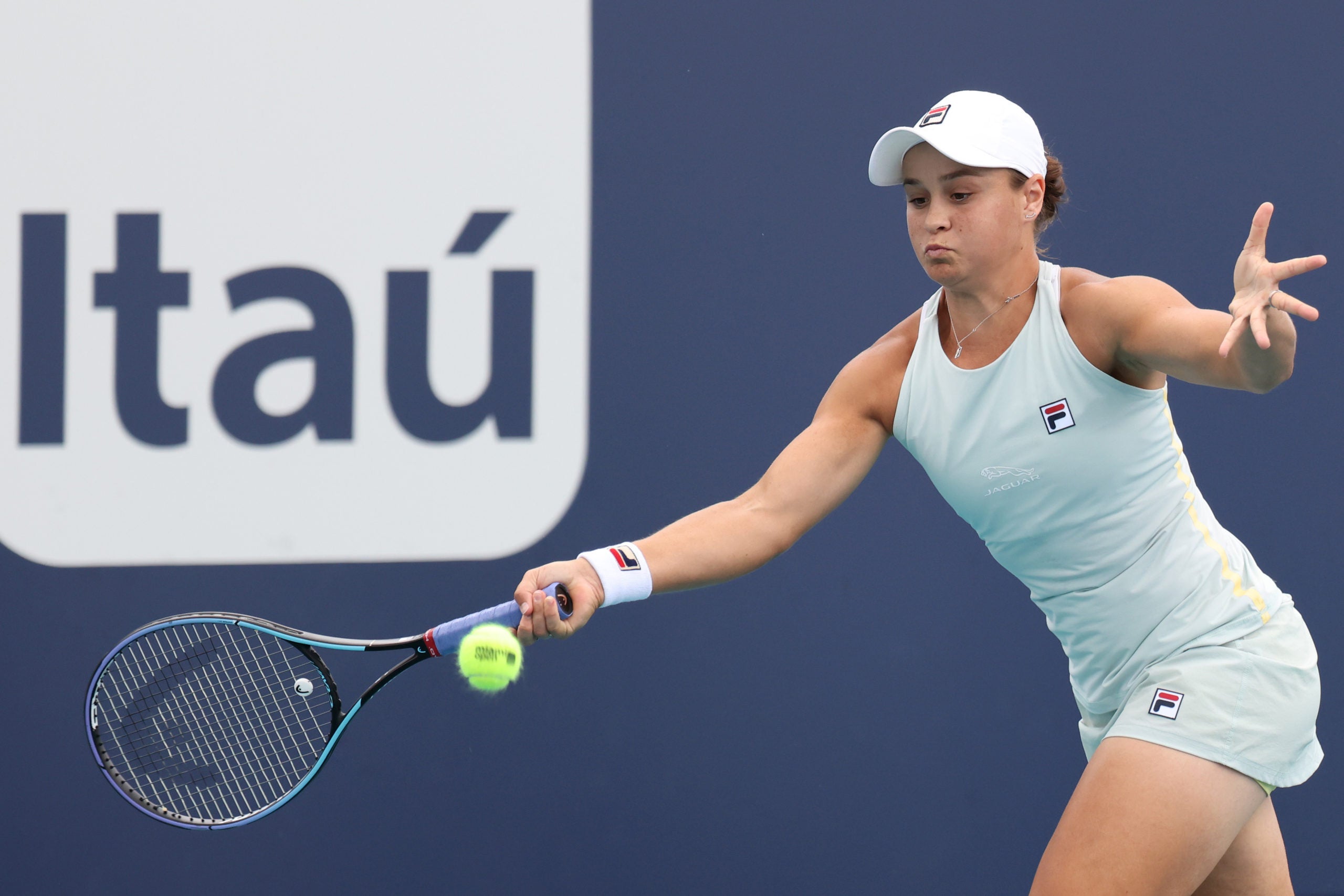 The last two women’s French Open champions will meet at the Madrid Open after Ashleigh Barty and Iga Swiatek both made it through to the third round on Saturday.

World number one Barty survived a scare to beat Tamara Zidansek in three sets before Poland’s Swiatek saw off Laura Siegemund 6-3, 6-3 to set up an intriguing clash on Monday at the Caja Magica.

Despite her straight-sets win, the 14th seeded Pole needed 11 match points to secure victory in the final game.

Barty won her first and to date, only Grand Slam singles title at Roland Garros in 2019 before Swiatek sprung an even bigger surprise last year in Paris, after knocking out the 2018 champion Simona Halep.

“It’s real exciting,” said Barty. “A match that I look forward to. I’ve hit with her once in Melbourne a few months ago.

“She’s got a seriously impressive game. She moves very well on the clay court, can slide off both legs, controls her body really well on clay.

“It’s a challenge that we go into with a clean slate, a little bit of a period of trying to figure each other out and how our games match up.”

Barty and Swiatek will be among the favorites at the French Open which starts in a month’s time, with both players enjoying excellent recent runs on clay.

Barty’s victory over Zidansek made it 13 matches unbeaten for her on red clay while Swiatek is now nine undefeated on the surface.

The 19-year-old Swiatek said she admires Barty’s brave decision to take two years away from tennis as a teenager.

“I really respect her,” said Swiatek. “Basically I think it’s a good example of dealing with expectations, just having some kind of a distance to the game.

“I’m also having a hard time finding it. I want to kind of win every match, I want to win right now. Sometimes I’m not giving myself time. She did that.”

Barty was briefly rattled by Zidansek as she mustered only one game in the second set but the Australian recovered her poise in the decider to come through 6-4, 1-6, 6-3 in just under two hours.

The number one seed is bidding to win her fourth WTA title this year in Madrid, after already succeeding in Stuttgart, Miami and at the Yarra Valley Classic in Melbourne.

Few would have expected Zidansek, ranked 80th in the world, to push Barty close but the Slovenian held her own from the back of the court and had the variety to keep her opponent guessing.

Barty claimed the first set, despite coming under pressure on serve at 2-3, when a superb retrieval staved off an early Zidansek attempt to break serve.

Zidansek was more aggressive in the second and broke twice, the second time for 5-1 with a stinging backhand down the line.

But she was caught cold in the third, as Barty stormed into a 3-0 lead before serving out at 5-3 when a Zidansek forehand hit the tape.

“I don’t think there was a lot in it by any means,” Barty said.

Swiatek’s passage was more straight-forward although Siegemund put up some late resistance and the world number 17 needed 11 match points in a mammoth final game to confirm victory in an hour and 40 minutes.

“I learned you have to be patient,” said Swiatek. “Laura is a great fighter.”

Kvitova, a three-time champion in Madrid, broke at the end of each set to secure victory and reach the last 16.

Number 15 seed Johanna Konta was beaten 6-3, 6-3 by qualifier Anastasija Sevastova, who reached the semi-finals in Madrid in 2017.

After Miami high, Barty ready for slow transition to clay