Osaka dumped by Muchova in Madrid Open second round 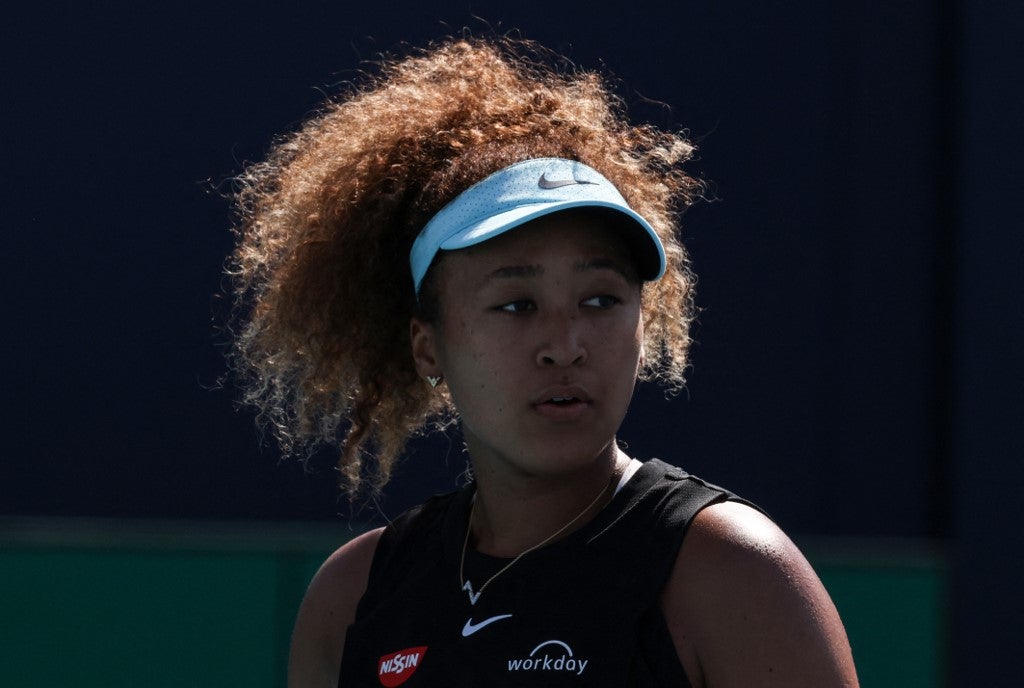 FILE – Naomi Osaka of Japan looks on during her women’s singles fourth round match against Elise Mertens of Belgium on Day 8 of the 2021 Miami Open presented by Itaú at Hard Rock Stadium on March 29, 2021 in Miami Gardens, Florida. Mark Brown/Getty Images/AFP (Photo by Mark Brown / GETTY IMAGES NORTH AMERICA / Getty Images via AFP)

Naomi Osaka suffered a second-round exit at the Madrid Open on Sunday as the Japanese second seed lost 6-4, 3-6, 6-1 to Karolina Muchova.

Osaka, the reigning US and Australian Open champion, has seven career hard-court titles, but has never managed to lift a clay-court trophy.

Playing her first clay-court event since the 2019 French Open, Osaka beat compatriot Misaki Doi in the first round, but she came unstuck against an opponent making her top 20 debut this week.

Muchova, who reached the last four in Melbourne this year, used a single break of serve to claim the opening set against the world number two.

Osaka, a quarter-finalist at Madrid two years ago, fell 3-1 behind in the second set but rallied to win the next five games and force a decider.

Muchova regrouped and broke Osaka early in the third set, and then again for a 5-1 lead, before sealing victory in just under two hours.

The Czech will meet Greek 16th seed Maria Sakkari or Estonia’s Anett Kontaveit for a place in the quarterfinals.

Read Next
Pacers make history in 152-95 whipping of Thunder
EDITORS' PICK
Miss Universe Philippines partners with JC
Allies to Leni: Time to decide
COVID spread in Metro, 4 other areas slows down
Don’t throw away your face shields just yet
Huawei’s relentless mission to bring ultimate health and wellness tracking for your fitness goals
Smart powers Liga Adarna Season 4: Race to the Top
MOST READ
Robredo pressed: You need to decide now
Duterte threatens raps vs Gordon
After announcing to run for VP, Willie Ong bolts Lakas-CMD
PDP-Laban faction unfazed by Isko-Ong tandem in 2022 polls
Don't miss out on the latest news and information.