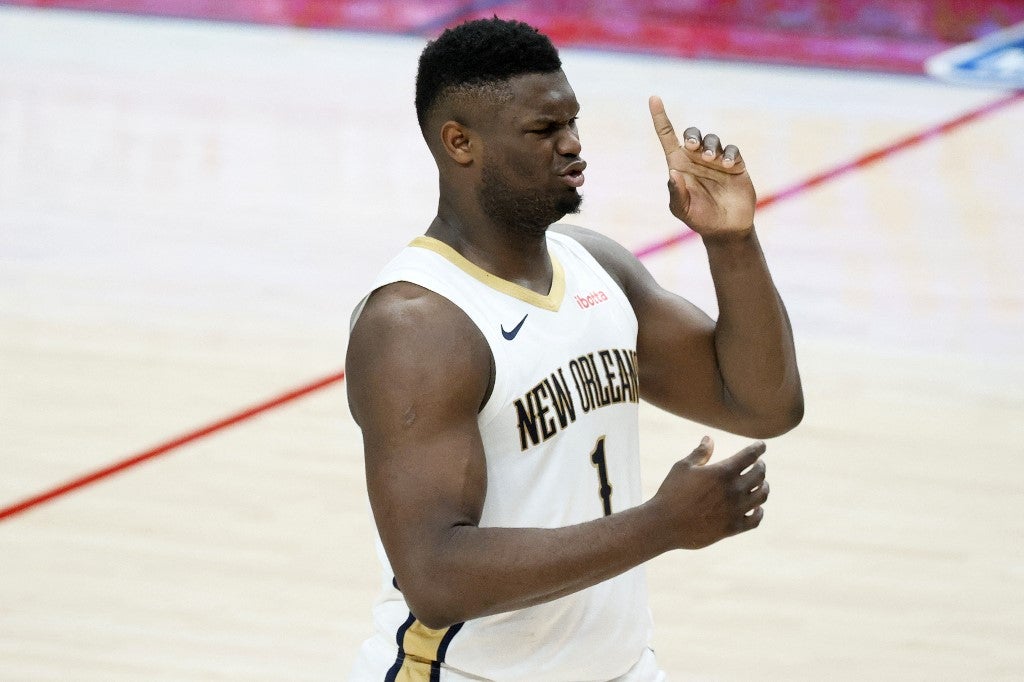 The Pelicans said the severity of the injury was detected during a CT scan. A timetable for his return will be revealed after further evaluation.

Williamson underwent a “series of diagnostic testing” on Thursday prior to the team’s departure for Friday’s game at the Philadelphia 76ers.

The timing of the injury could be a big hindrance as New Orleans (30-36) attempts to chase down the San Antonio Spurs (31-34) for the final play-in spot in the Western Conference. San Antonio has lost five straight entering Friday’s road game against the Sacramento Kings.

The Pelicans have six games remaining, starting with Friday’s contest in Philadelphia.

The 20-year-old recorded 23 points, 12 rebounds, seven assists and four steals in 37 minutes when the Pelicans beat the Golden State Warriors 108-103 on Tuesday.

Williamson was injured in the third quarter after battling two Warriors for a rebound and immediately grabbing the finger before receiving treatment from a trainer. He returned to finish the game.