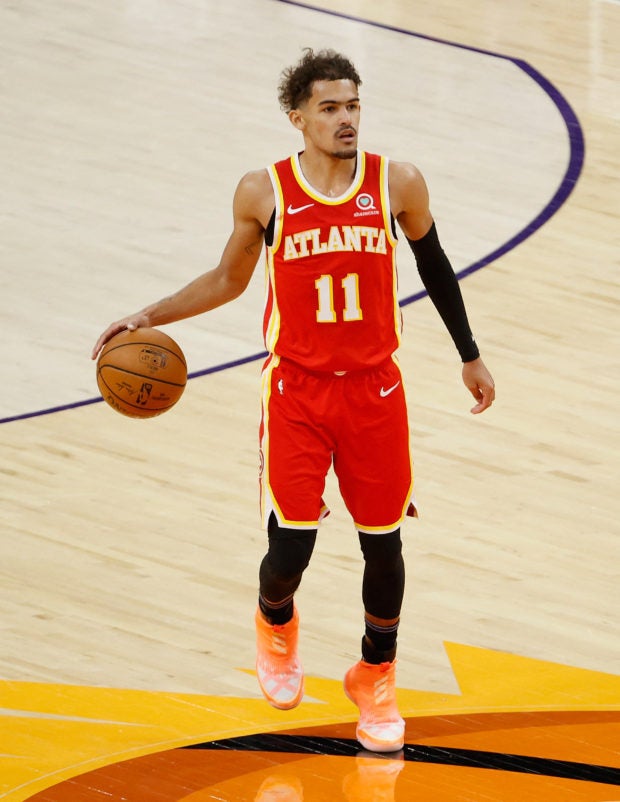 Trae Young of the Atlanta Hawks  (Getty Images via AFP)

LOS ANGELES  – Trae Young scored 33 points to propel the Atlanta Hawks to a 120-116 come-from-behind victory over the Washington Wizards on Wednesday and into the NBA playoffs.

John Collins, fed by Young, drained a go-ahead three-pointer with 24.8 seconds left to play as the Hawks erased a 13-point third-quarter deficit and secured the win.

“We were fighting all game,” Young said after the Hawks withstood a 34-point, 15-assist performance from Wizards star Russell Westbrook.

“Shots weren’t going our way, Russ was playing crazy out of his mind,” Young said. “We needed to keep fighting, keep believing and that’s what we did.”

The Hawks are back in the playoffs for the first time since 2017. Although they have avoided the NBA’s play-in tournament, just where they’ll end up seeded in the Eastern Conference remains to be seen.

“It feels good,” Young said of a playoff berth earned under the guidance of interim coach Nate McMillan, who was brought in shortly before the All-Star break when Lloyd Pierce was sacked.

Bogdan Bogdanovic scored 20 points for the Hawks and Collins added 18.

Atlanta out-scored the Wizards 37-25 in the final frame, holding Washington scoreless over the final 2:43 as they beat them for the second time in three nights.

The New York Knicks were also assured of a playoff berth despite having Wednesday off, their spot confirmed when the Boston Celtics fell 102-94 to the Cleveland Cavaliers.

The loss to the Cavs — who had lost 11 straight and been eliminated from playoff contention — means the Celtics will battle in the play-in tournament for a berth in the playoffs proper.

Kevin Love scored a season-high 30 points for the Cavs and Collin Sexton added 28, while Jayson Tatum led the Celtics with 29 points.

The Celtics had a long-shot chance to catch the Knicks for the sixth and final guaranteed playoff spot, but instead they’ll be among the seventh-through 10th-placed teams in the East who will fight for the last two post-season berths in the play-in tournament.

Already reeling from the loss of Jaylen Brown for the rest of the season with a torn left wrist ligament, the Celtics were without injured Kemba Walker and Marcus Smart as they lost for the eighth time in 11 games.