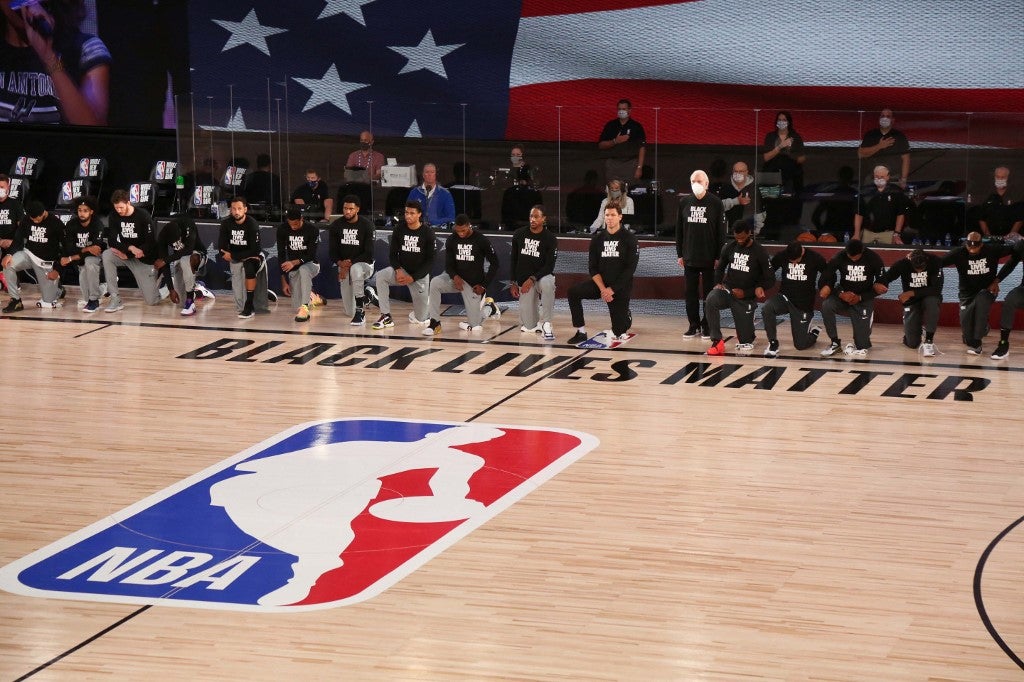 (FILES) In this file photo head coach Gregg Popovich of the San Antonio Spurs stands as other players and staff and the Sacramento Kings kneel around a Black Lives Matters logo on the court before an NBA basketball game on July 31, 2020 in Lake Buena Vista, Florida. Photo by STR / POOL / AFP

The NBA is set to announce on Thursday a new award that will recognize a current player for pursuing social justice and upholding the league’s values of equality, respect and inclusion.

Named after one of the most accomplished players in NBA history, the Kareem Abdul-Jabbar Social Justice Champion award winner will select an organization to receive a $100,000 contribution on his behalf, according to an NBA statement reviewed by Reuters.

The other four finalists will each select an organization to receive a $25,000 contribution.

“I’m honored and grateful to be associated with this award that will recognize the dedicated and selfless people fighting to promote social justice for all marginalized people,” six-time NBA champion and Hall of Famer Abdul-Jabbar said in the statement.

“To me, it’s another giant step in the right direction for the country and all people who value equality.”

The recipient will have helped drive change and inspired others to reflect on injustice and take collective action in their communities over the previous year, the statement said.

All 30 teams will nominate one player from their roster for the annual honor. The finalists and winner will be selected by a committee composed of NBA legends, league executives and social justice leaders.

Additional details regarding the inaugural award, including the finalists and winner, will be announced during the NBA postseason which begins May 22 and runs until July.

Abdul-Jabbar, who retired from the NBA in 1989 after a 20-season career with the Los Angeles Lakers and Milwaukee Bucks, has spoken out regularly on issues of race and inequality.

In 2016, he received the Presidential Medal of Freedom, the United States’ highest civilian honor.

LeBron hits back at Ibrahimovic criticism of political activism