Pole vault star Duplantis ready for Olympics like no other 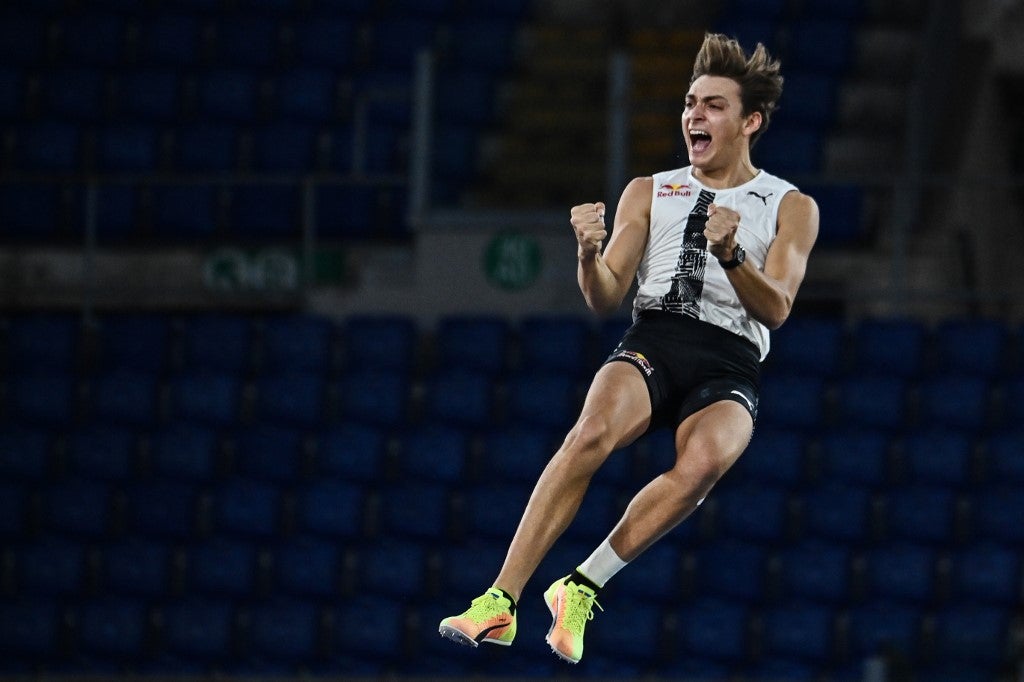 Duplantis will have enormous pressure on his 21-year-old shoulders in Japan, but he said he was learning to live with the expectations that exploded with his record-breaking exploits last year.

“I think I’m starting to get used to the pressure now. People have been putting pressure on me in the past year, ever since I broke the world record,” said Duplantis, who divides his time between Sweden and Louisiana in the United States.

Even in a year so disrupted by the Covid-19 pandemic, the Swede established himself as one of track and field’s brightest new faces in 2020 by setting a sensational world record of 6.18m indoors before vaulting 6.15m outdoors, finally eclipsing the 1994 mark set by all-time great Sergey Bubka.

Duplantis, whose outdoor season will step up a gear when he competes at the Ostrava meeting on May 19 before the Diamond League curtain raiser in Gateshead, England four days later, has had to wait a year longer than he expected to make his Olympic debut after the organizers took the unprecedented decision to delay the Tokyo Games by a year.

That wait has not taken the shine off his anticipation.

“I have the opportunity now to go in there and win the Olympics, I’m going to try to make sure I make the most of that opportunity.” Sweden’s pole vaulter Armand Duplantis smiles during a press conference in Stockholm, Sweden, on May 10, 2021, ahead of the Diamond League gala. Photo by Jonathan NACKSTRAND / AFP

Tokyo will be an Olympics like no other, with foreign spectators already barred because of the virus restrictions and a decision still to be made on whether Japanese fans will be allowed in.

Despite the constraints, Duplantis — who was vaccinated against Covid-19 while training in the United States — expects his parents, who are also his coaches, to be able to make the trip to Japan. His American father Greg was a 5.80m vaulter himself.

“I think it is a big advantage. (Having) my parents as my coaches, sometimes it can be tough but I think in this particular instance it is really nice,” he said.

“It is really good and I think it helps me out, especially the fact that they’re my coaches.”

Pole vault is the most technical of disciplines, requiring sprint speed on the runway and enormous upper body strength, all combined with agility and extraordinary timing.

Duplantis feels he is in the groove.

“I feel like training’s been going really well. I’m fit, I’m healthy, I feel really comfortable on the track right now. I feel like I have good rhythm on my jump and the timing is good, and that’s really the most important thing.

“That’s what I’ve worked on the most, just the technical side of it, the timing of the jump which is very critical and very hard to perfect.”

He brushes off suggestions that he could be one of the faces of the Games.

“I’m going to just go there and try to do my thing, try to do what I can do, try to put on a show and whatever happens after that happens.”