Mikey Garcia ‘not getting hopes up’ as Pacquiao fight yet finalized 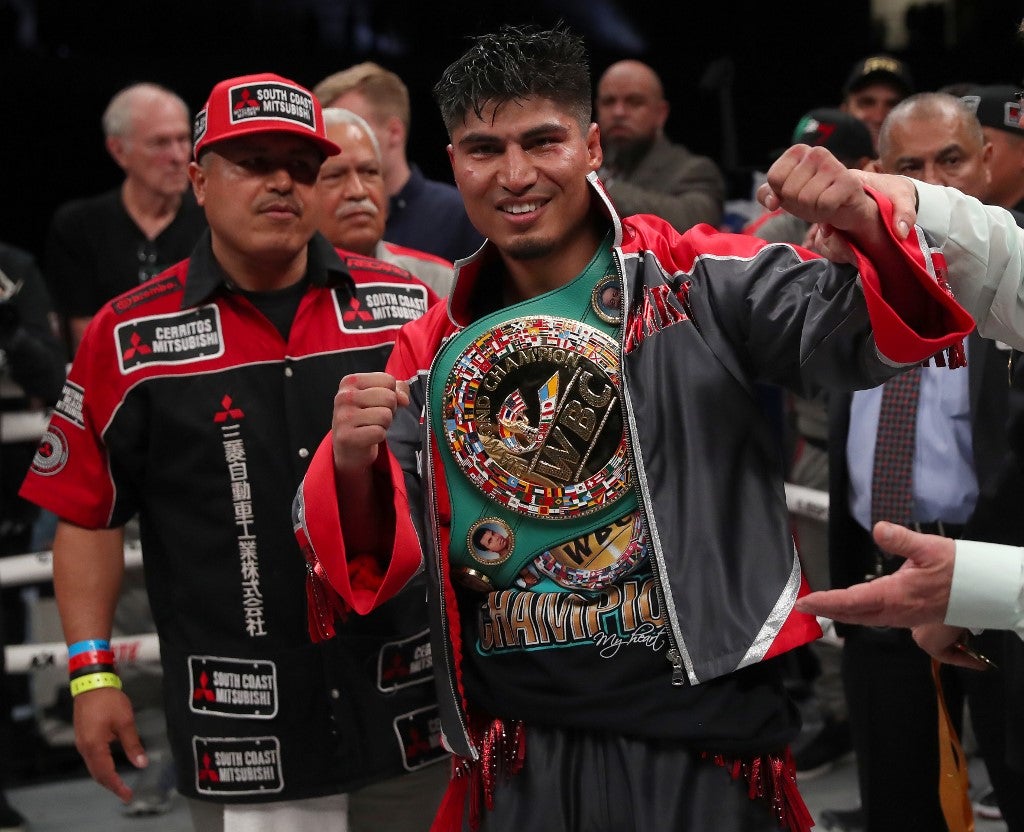 FRISCO, TEXAS – FEBRUARY 29: Mikey Garcia celebrates after defeating Jessie Vargas in a unanimous decision in a WBC Welterweight Diamond Championship bout at The Ford Center at The Star on February 29, 2020 in Frisco, Texas. Tom Pennington/Getty Images/AFP

MANILA, Philippines—Mikey Garcia has been floated around as a potential opponent for Manny Pacquiao as early as 2015 but that prospect gained the most traction in 2019 when the Filipino became the WBA “regular” welterweight champion.

But two years on, Garcia is ready to move on and look for other options of fight talks with Pacquiao’s camp continue to come up empty.

Garcia said in an interview with World Boxing News that several factors ultimately hindered his team’s pursuit of a fight against Pacquiao, including the COVID-19 pandemic.

“We’ve always been interested in a fight with Manny Pacquiao. Last few months, the conversations came up many, many times,” said Garcia. “The pandemic has been part of it. Initially, we thought it would be sometime in May. This was a few months back, like January, February. Now May is out, June is out because we’re not there yet.”

Pacquiao, meanwhile, has been inactive for nearly two years with his last bout a split decision victory against Keith Thurman in July 2019 to take the WBA Super World welterweight championship.

Garcia added that there was confusion when talking to Pacquiao’s camp with one person telling them one thing and another one saying the complete opposite.

“It’s always, ‘Manny loves the fight with you, it’ll be a 12-round fight; obviously, it will be a big event. He loves the idea of fighting you.’ They’ve mentioned (fighting) in Saudi Arabia. They mention Los Angeles. They mention possibly here in Texas. So, we’ve had conversations, but it has never really solidified.”

Garcia added that it came to a point that he directly talked with Audie Attar, Pacquiao’s manager from Paradigm Sports Management.

“We’ve been close to getting something, but we just haven’t been able to lock it in. We feel we’re almost there, and then it just doesn’t quite get there. We talked about it with Audi, and he said they might be able to find a way to get (the fight) here in the States,” said Garcia, who actually sparred with Pacquiao in 2006 when he was 18-years-old.

“But I’m not getting my hopes up anymore. What I’m trying to do now is to start looking for another option, another fight, but if it lands on my desk, I will take that.”

Pacquiao in ‘final stages’ of talks for Mikey Garcia fight