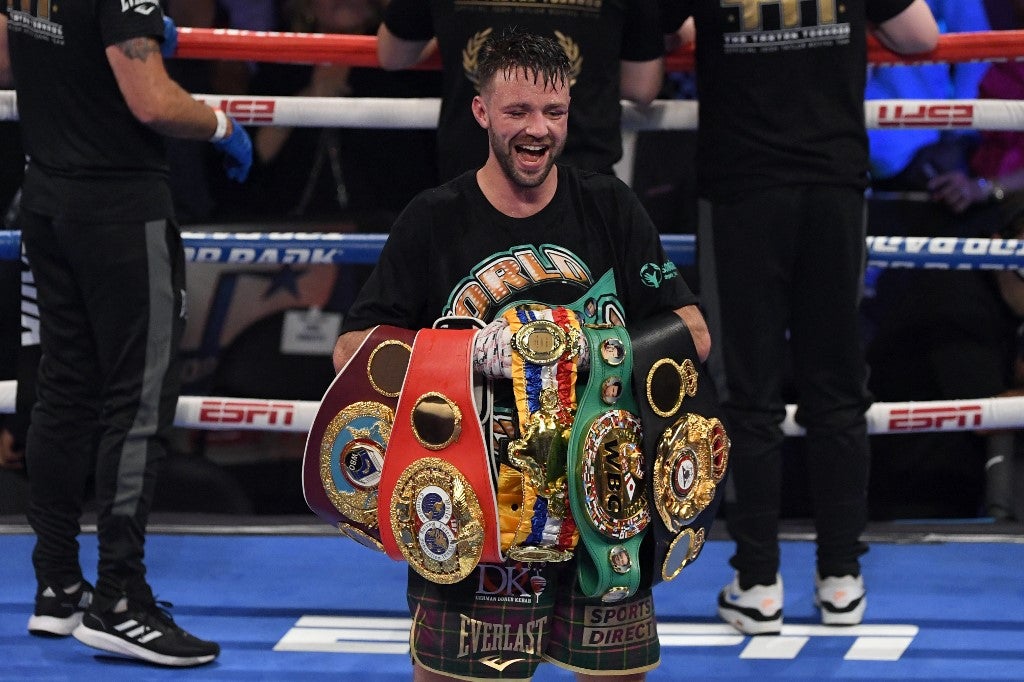 Ramirez suffered the first loss of his veteran career with the Mexican-American falling to 26-1 with 17 KOs.

In a fight that had everything, @JoshTaylorBoxer delivered the game-changing moments that helped him secure his place in history. 🏴󠁧󠁢󠁳󠁣󠁴󠁿🌪 pic.twitter.com/IQxbVA9mtE

Taylor floored Ramirez in back-to-back rounds in the middle of the fight. He landed a left on the chin in the sixth to knock Ramirez down and then did it again in the seventh with a short uppercut.

This @JoshTaylorBoxer uppercut in Round 7 was felt in the whole venue … 🤯#RamirezTaylor | LIVE NOW on ESPN pic.twitter.com/wJVRzML7eF

Ramirez actually got the better of Taylor in the opening rounds and was the busier of the two in the 12th, but he couldn’t overcome the two knockdowns which seemed to sap him of some of his power and allowed Taylor to compile extra points on the scorecards.

Taylor is now just the sixth four-belt champion in boxing history and Scotland’s first undisputed champ since the great Ken Buchanan unified the lightweight division by winning the WBA, WBC and lineal championships in the 1970s.

Taylor beat Ivan Baranchyk to win the IBF title in May 2019 before beating Regis Prograis to earn the WBA strap.