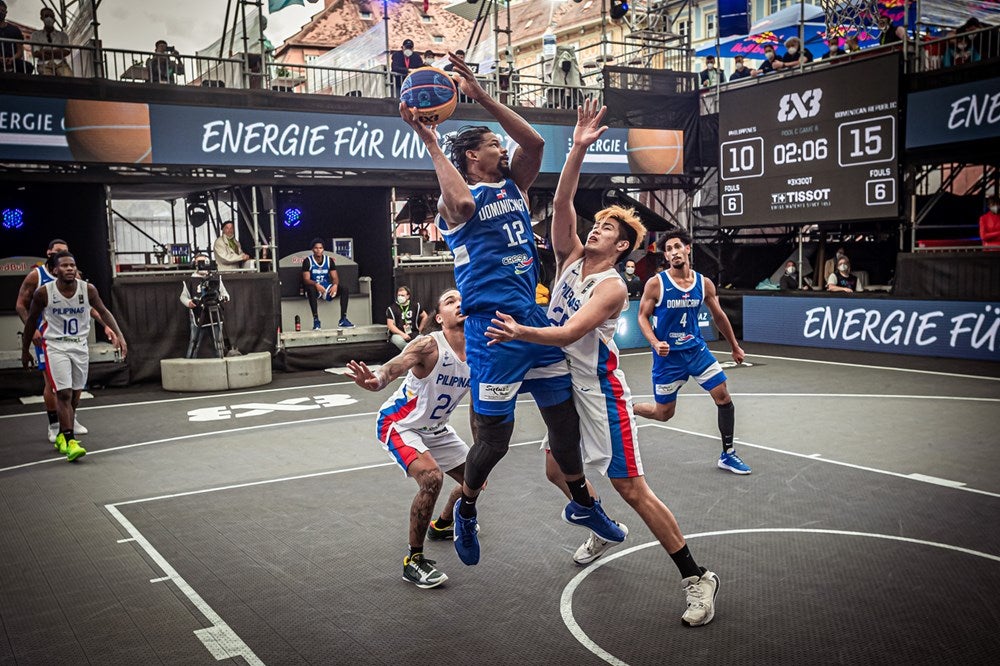 MANILA, Philippines—The Philippines ended its Tokyo hopes after suffering an upset to Dominican Republic, 22-11, in its third game in the Fiba 3×3 Olympic Qualifying Tournament Friday at Graz’ Main Square in Austria.

Gilas Pilipinas needed to sweep its remaining two games, and rely on Qatar to lose its remaining matches, to advance to the knockout rounds but the loss to the Dominican Republic sealed its exit from the tournament.

The Filipinos, ranked 14 in the event, also lost their final game, absorbing a narrow defeat to France, 15-14, in the team’s first match that had the time expire.

They bowed out of the OQT with a 0-4 record while France, the no.6 team, improved to 3-0 and will next face Qatar in its final game of the group stage.

Playing without 6-foot-7 Moala Tautuaa, who was reportedly injured prior to the game, Gilas was bullied underneath with the 18th seeded Dominican Republic brandishing its height.

Henry Valdez is the tallest of the players from the Dominican Republic at 6-foot-8 while three of his teammates were at least 6-foot-4.

Joshua Munzon led the Philippines with eight points and five boards against Dominican Republic while CJ Perez and Santi Santillan combined for three points and 11 rebounds.