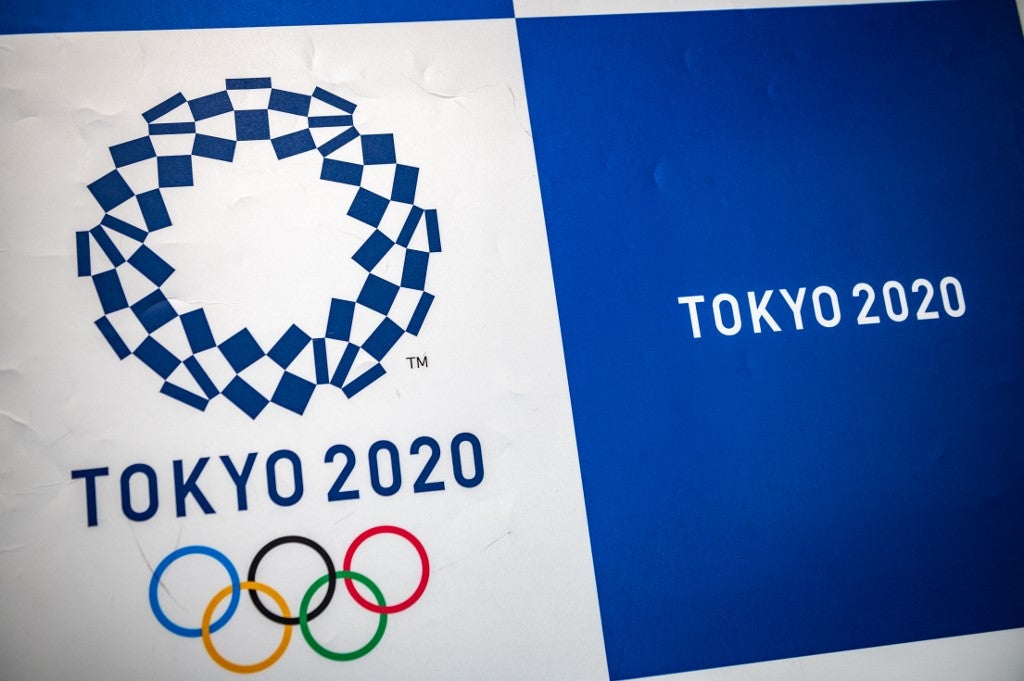 TOKYO—With less than two months left until the start of the Tokyo Olympic Games, Japan’s Asahi Breweries still doesn’t know whether fans will be allowed into stadiums to buy its beer.

Japan has scaled back its Olympic plans amid the COVID-19 pandemic and a slow vaccine roll-out. Now, foreign spectators won’t be allowed in the country and organisers have yet to decide how many domestic spectators, if any, can attend.

More than 60 Japanese companies together paid a record of more than $3 billion to sponsor the Tokyo Games, an event most Japanese now want to be cancelled or delayed again. Sponsors paid another $200 million to extend contracts after the Games were delayed last year.

Many sponsors are uncertain how to proceed with advertising campaigns or marketing events, according to 12 officials and sources at companies directly involved in sponsorship.

Asahi has the exclusive rights to sell beer, wine and non-alcoholic beer at the stadiums. But it won’t know more until there is a decision about domestic spectators, a spokesman said. That is expected to happen around June 20, toward the end of the current state of emergency in Tokyo.

Even if spectators are allowed, the Tokyo government has no plans to allow alcohol at its public viewing sites outside venues, a representative said.

Asahi hasn’t made major marketing changes yet, the spokesman said. In May it started selling its “Super Dry” beer with a new Tokyo 2020 design, as planned.

From the start, Japan seized on the Olympics as a rare marketing opportunity: Tokyo’s bid touted “omotenashi” – exquisite hospitality.

But sponsors have grown frustrated with what they see as slow decision-making and have complained to organisers, according to one of the sources, an employee of a sponsor company.

“There are so many different scenarios that we can’t prepare,” said the source, who like most of the people interviewed at sponsors declined to be identified because the information isn’t public.

Companies have vented to organisers, while lower-tier sponsors complain their concerns aren’t being heeded, the source said.

Sponsors are divided into four categories, with global sponsors, who usually have multi-year deals, at the top. The other three tiers are companies whose contracts are solely for the Tokyo Games.

In response to Reuters questions about sponsors’ facing difficulty because of the delayed decision on spectators, the Tokyo organising committee said it was working closely with partners and all stakeholders.

It also said the committee was still talking with relevant parties about how to handle spectators, and was considering factors such as effectiveness, feasibility and cost.

About 60% of Japanese favour cancelling or delaying the event, a recent poll showed. Japan’s government, the International Olympic Committee and Tokyo organisers have said the Games will go ahead. 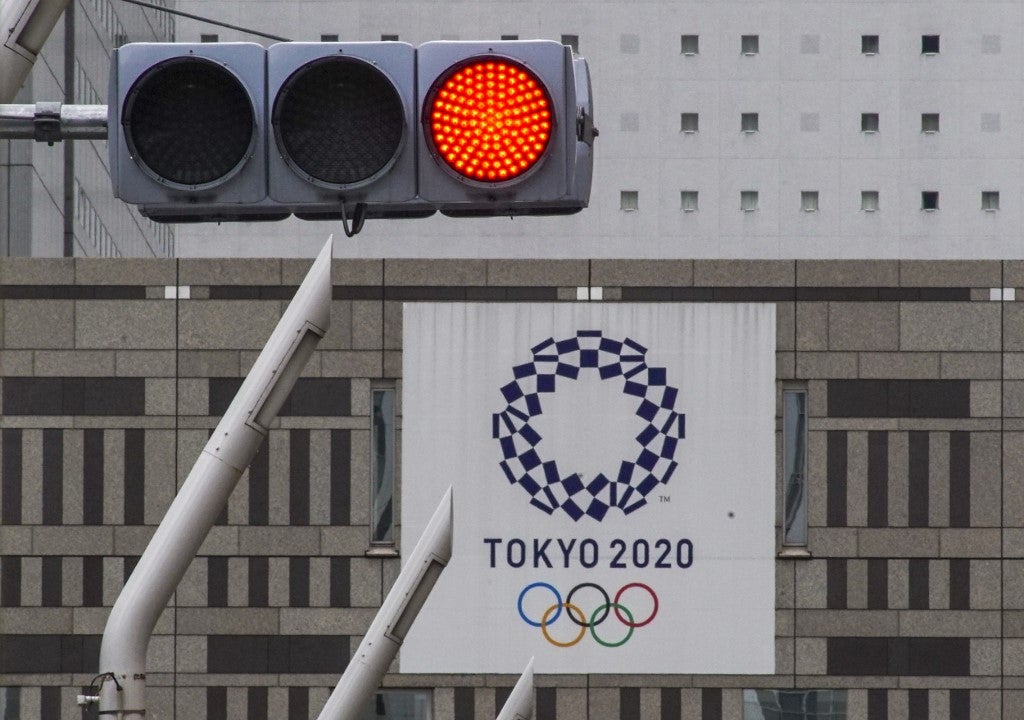 A red traffic light lights up on a street near the Tokyo Metropolitan Government Building displaying banners of Tokyo 2020 Olympics Games in Tokyo on May 31, 2021. (Photo by Kazuhiro NOGI / AFP)

For global sponsor Toyota Motor Corp, the Games were a chance to showcase its latest technology. It had planned to roll out about 3,700 vehicles, including 500 Mirai hydrogen fuel-cell sedans, to shuttle athletes and VIPs among venues.

It also planned to use self-driving pods to carry athletes around the Olympic village.

Such vehicles will still be used, but on a much smaller scale – a “far cry from what we had hoped and envisioned,” a Toyota source said. A full-scale Olympics, the source said, would have been a “grand moment for electric cars”.

A Toyota spokeswoman declined to comment on whether there were any changes to its marketing.

Wireless carrier NTT Docomo Inc had considered campaigns to demonstrate 5G technology, but the company is waiting to see what organisers decide about domestic spectators, a representative said.

Travel agencies JTB Corp and Tobu Top Tours Co launched Games-related packages in mid-May, but their websites indicate those could be cancelled.

Tobu Top Tours “foresaw that situations would change by the minute,” but is selling its packages as planned, a spokesman said. The travel agency and JTB said they would refund customers if no spectators are allowed or the Games get cancelled.

Olympic sponsors had planned to offer Japan’s top CEOs itineraries that included welcome parties with celebrities and famous athletes, private cars and lounges, the employee at the sponsor company said.

Some companies have now reduced those plans to Games tickets paired with hotel stays or gifts, the person said.

“There’s a much more direct and immediate impact, obviously, on local advertisers, local participants and local businesses because of that lack of tourists and attendees,” said Christie Nordhielm, an associate teaching professor of marketing at Georgetown University’s McDonough School of Business. 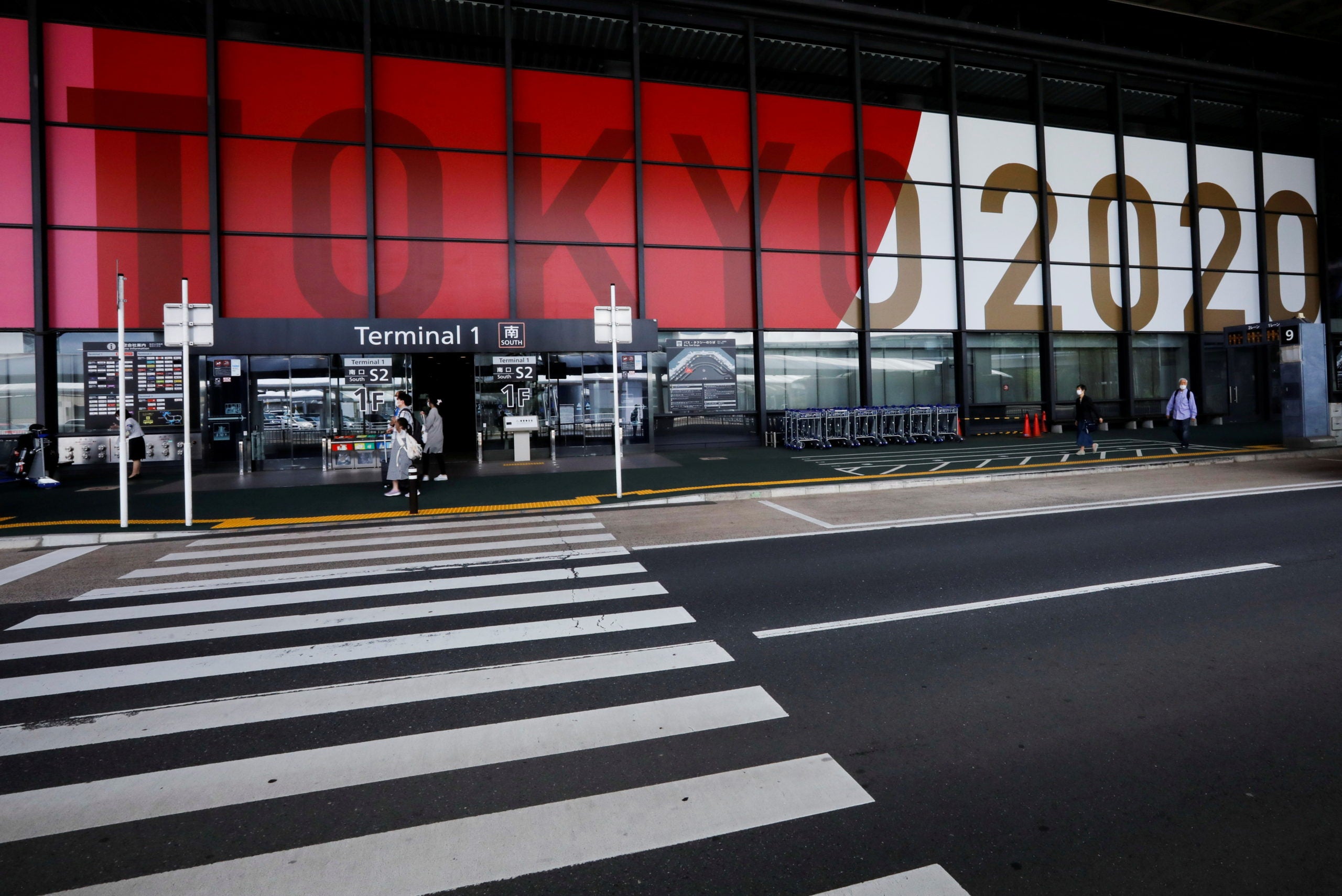 Some domestic firms, worried about opposition to the Games, have called off plans for commercials featuring Olympic athletes or supporting Japanese national teams, said a person with direct knowledge of the matter, and the employee at the sponsor, who was briefed on the issue.

“I’m worried that by airing Olympic ads, it could be negative for the company,” said a source at a domestic sponsor. “At this point, no amount of publicity we could get would make up for what we paid.”

But their message has shifted away from the standard images of Olympic triumph.

“I don’t think people have written those triumphant scripts,” Grasse said. “It’s a much more kind of muted respect for humanity.”

Some top-tier global sponsors, whose contracts run until 2024, are scaling down Tokyo promotions and deferring budgets for Beijing in 2022 or Paris in 2024, said a second person with direct knowledge of the matter, and the employee of the sponsor company who was briefed on the issue.

But domestic sponsors don’t have another Olympics.

“That’s why we can’t simply quit,” said the source at the domestic sponsor. “Even if the marketing is ineffective.”