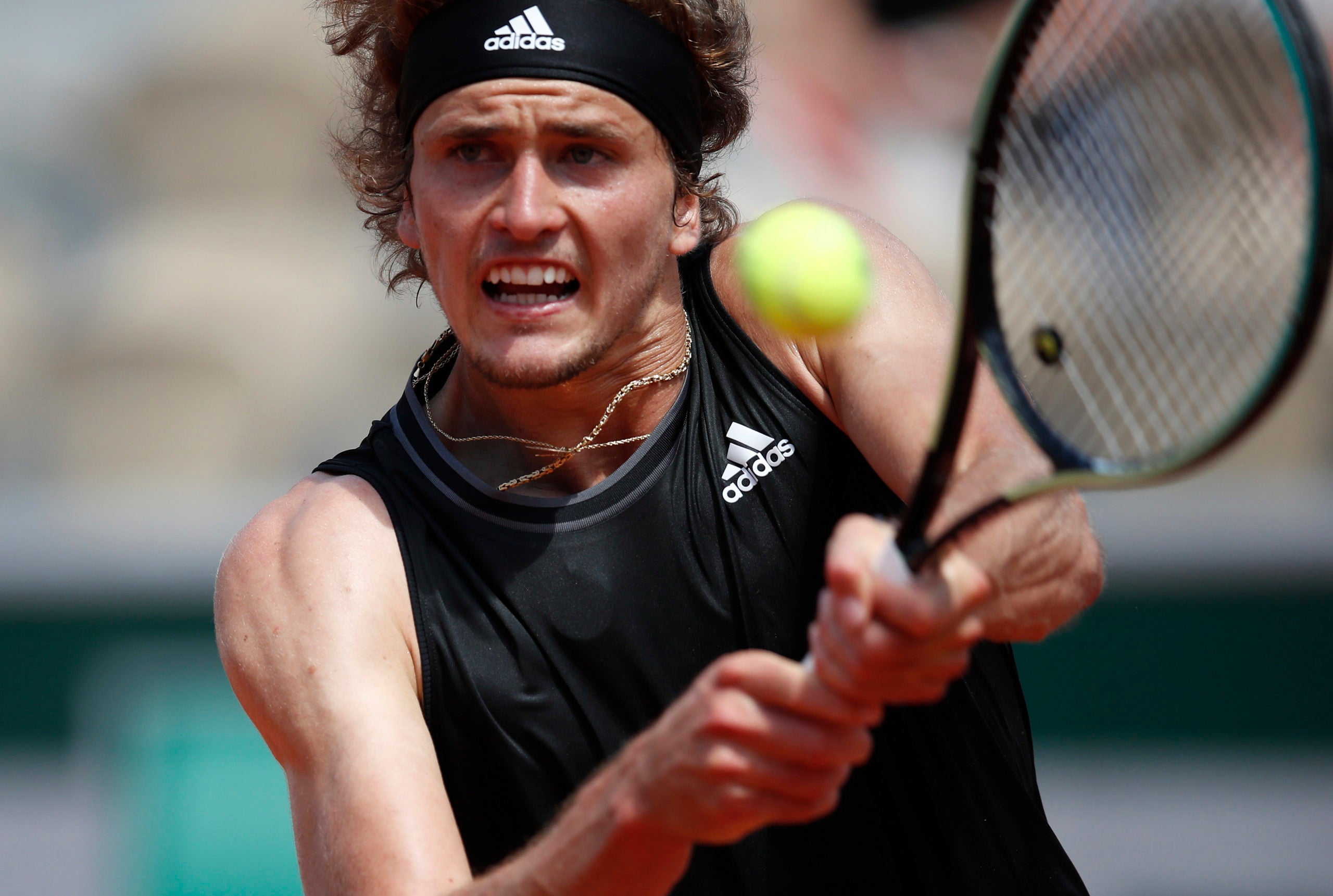 PARIS—German sixth seed Alexander Zverev blew hot and cold with his serve but had enough artillery to take down Russian qualifier Roman Safiullin 7-6(4) 6-3 7-6(1) to reach the third round of the French Open on Wednesday.

The 182nd-ranked Russian went toe-to-toe with Zverev in the baseline battle in the opening set before the German got the crucial break in the 11th game.

Serving for the set, Zverev committed two double-faults to give away the advantage and had another in the tie-breaker but he recovered to take the lead with back-to-back aces.

Double faults continued to haunt the 24-year-old German in the second set as he smashed his racquet on the court in frustration and suffered a service break but he recovered spectacularly to take the set by winning five games in a row.

Zverev, who served 15 aces against 10 double faults, outplayed Safiullin in the third-set tiebreaker to set up a clash against the winner of the match between Serbians Laslo Djere and Miomir Kecmanovic.