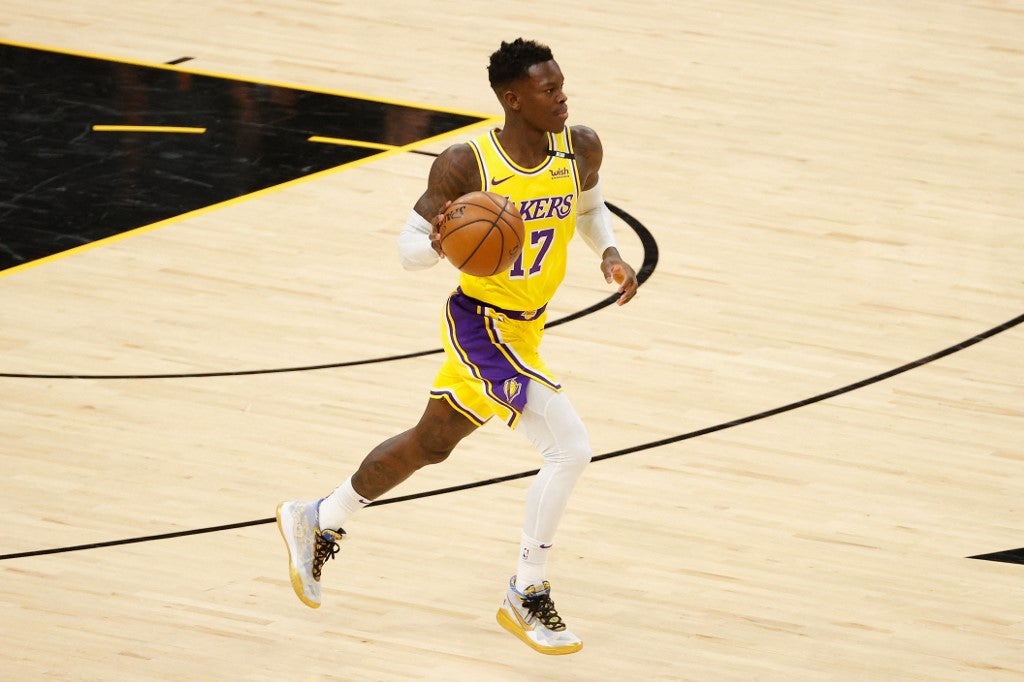 FILE – Dennis Schroder #17 of the Los Angeles Lakers handles the ball during the first half of Game Two of the Western Conference first-round playoff series at Phoenix Suns Arena on May 25, 2021 in Phoenix, Arizona. Christian Petersen/Getty Images/AFP

One of the most iconic former members of the Los Angeles Lakers doesn’t feel as though point guard Dennis Schroder is a good fit with the current edition.

Hall of Famer Earvin “Magic” Johnson was critical of Schroder’s performance after the defending champion Lakers were bounced by the Phoenix Suns in the first round of the Western Conference playoffs.

Schroder, 27, performed well in the first three games of the series, however, he struggled to make an impact after Anthony Davis sustained a groin strain in Game 4. In fact, Schroder had eight points in that contest and didn’t score at all — missing all nine shots — in Los Angeles’ 115-85 loss to Phoenix on Game 5.

Schroder was able to get it together in Game 6 on Thursday, scoring 20 points in a 113-100 series-ending setback to the Suns.

The Lakers acquired Schroder from the Oklahoma City Thunder in November in exchange for Danny Green and Jaden McDaniels.

To be fair, Johnson is no longer in a position of power for the Lakers. Vice president of basketball operations and general manager Rob Pelinka reportedly offered Schroder a four-year, $84 million extension.

Schroder, however, said he did not turn down the extension in response to being included in trade talks with Toronto Raptors guard Kyle Lowry.

“Let me make that clear first. I didn’t decline the extension because I was in trade talks,” Schroder said, per ESPN. “I own a team in Germany as well. I try to run my organization in Germany as fair as possible, but end of the day, it’s still business. … That’s what Rob did as well. He told me the story. He listened to it. It wasn’t even right by the trade deadline, but he talked to them to see. … I would listen to offers as well. … You don’t know what you can get, and you see what your options are.”