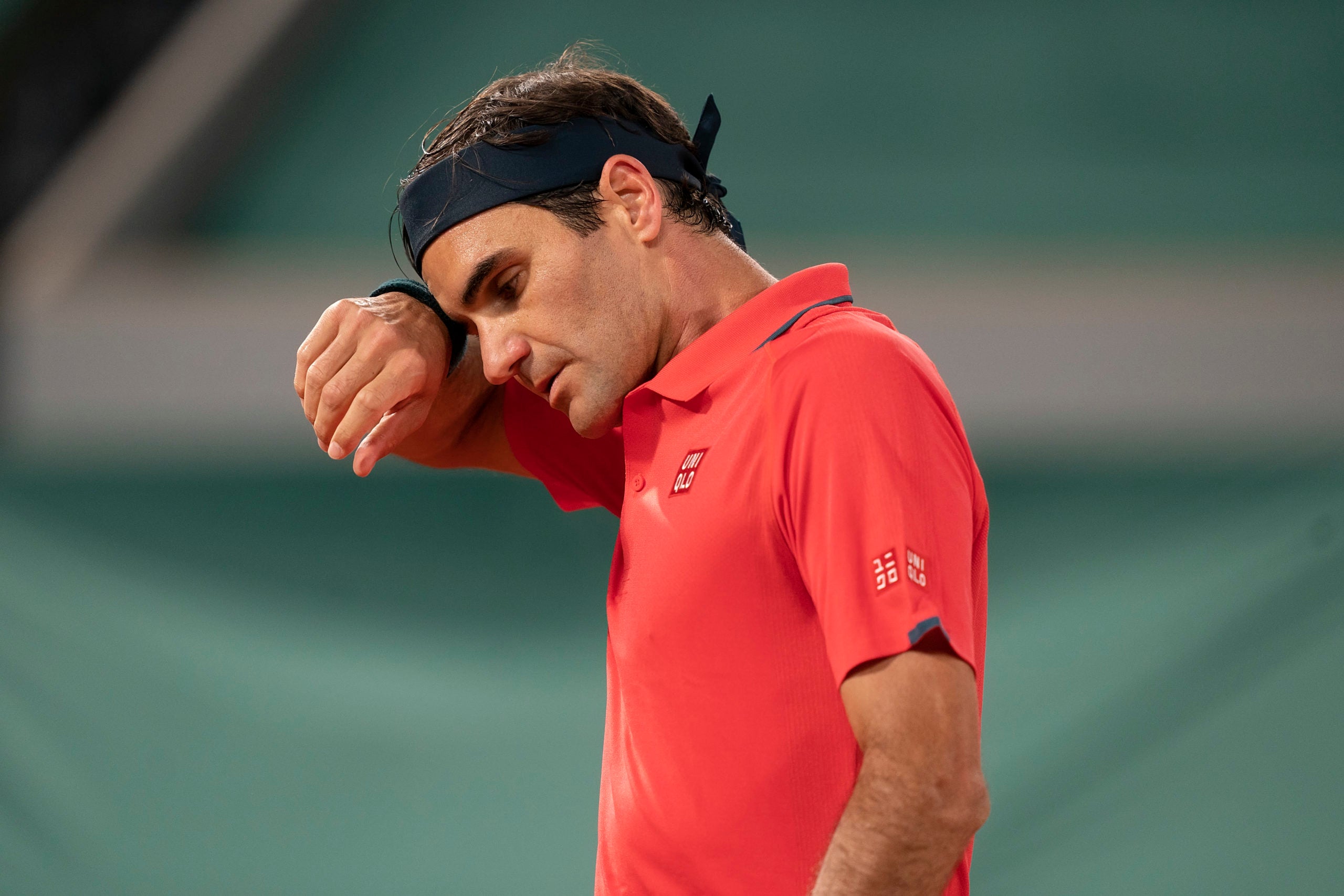 PARIS – Roger Federer has said he will assess his further participation in the ongoing French Open after a grueling 7-6(5) 6-7(3) 7-6(4) 7-5 win over Germany’s Dominik Koepfer on an empty Court Philippe Chatrier in Saturday’s night match.

The 20-time Grand Slam champion was competing in only his sixth match in 17 months following knee surgery and suggested after the third-round clash which ended past midnight that he could preserve himself for Wimbledon which begins on June 28.

Asked how much he would want to push himself through the whole tournament, the 39-year-old Swiss told reporters: “We go through these matches… we analyze them highly and look on what’s next and we’ll do the same tonight and tomorrow.

“Because I need to decide if I keep on playing or not or is it not too much risk at this moment to keep pushing or is this just a perfect way to just take a rest.

“Because I don’t have the week in between here and Halle (June 14-20), like normal, to see what’s best now if you count back from Wimbledon and so forth.

“It’s just a lot going on, but having a match like this, knowing I could have probably played a fifth set but not knowing how I will wake up tomorrow is interesting, to say the least. Yeah, it’s definitely a different time right now for me.”

Federer, who faces Matteo Berrettini for a place in the quarter-finals where he could potentially meet world number one Novak Djokovic, said he would have liked to know he is at his best like Djokovic or holder Rafa Nadal.

“… I would prefer to be in Rafa’s or Novak’s shoes right now where they’re like, ‘I’m feeling good. If I’m playing well, I’m winning’,” Federer said.

“I don’t have that feeling right now, so for me these are all stepping stones… to something that is really important to me. It’s the season and it’s the comeback. I need matches like these, you know.”