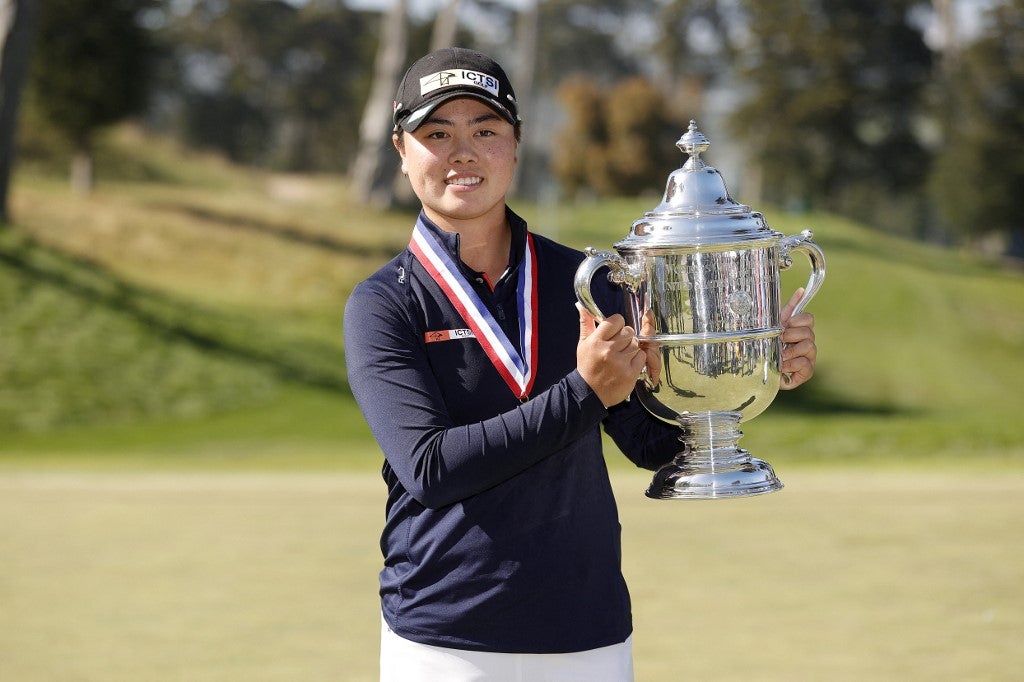 SAN FRANCISCO – Yuka Saso bounced back from two early double bogeys and held off Japan’s Nasa Hataoka in the third hole of a sudden death playoff to win the 76th U.S. Women’s Open golf championship at the Olympic Club in San Francisco on Sunday.

The 19-year-old Saso became the first Filipino player to win the tournament and announced herself as a new force in the game with her first major title.

“I’d like to thank my family, I wouldn’t be here without them,” she said through tears. “To all my sponsors and to all my friends and fans back in the Philippines and Japan, I’m so thankful.”

Saso pumped her first and smiled after nailing a 10-foot birdie putt for the win after overcoming the early adversity on a picture-perfect day at the Lake Course.

“I was actually upset,” she said about the two double bogeys in her first three holes, which seemed to doom her chances.

“My caddie talked to me and said there are still many holes to go and to keep doing what I’ve been doing the past few days,” she said.

“And to trust the process.”

All week Saso enjoyed the vocal support of fans from nearby Daly City, which is home to a large Filipino population.

Saso, who earlier in the tournament revealed she tried to emulate four-time men’s major champion Rory McIlroy’s swing, received encouragement from the Northern Irishman on social media on Sunday, which she said gave her a boost.

At 19 years, 11 months and 17 days, Saso tied South Korea’s Park Imbee to the day as the youngest champion at the women’s game’s oldest major.

The playoff came after American Lexi Thompson, who led by four strokes at the turn, suffered a heartbreaking collapse on the back nine.

Thompson, 26, had her elusive second major title in sight but lost her accuracy off the tee on the back nine and missed crucial putts on 17 as well as one on 18 that would have seen her into the playoff.

The popular American, who was playing in her 15th U.S. Women’s Open, could only manage a disappointing four-over 75 on Sunday.

Thompson, who on Saturday said she had been working on taking a more positive mindset to the game, said it was hard to smile but added that it was “an amazing week.”

“I played not so well today with a few of the bogeys coming in on the back nine, but the fans were unbelievable, hearing the chants, it gives me a reason to play,” she said.

“I’ll take today and I’ll learn from it.”

The 76th edition of the U.S. Women’s Open marked the first time that it has been played at the hilly and challenging Olympic Club, the oceanside course that has hosted five men’s U.S. Opens.

Next year’s tournament will be played at Pine Needles Golf Club in North Carolina before it returns to California at Pebble Beach in 2023.