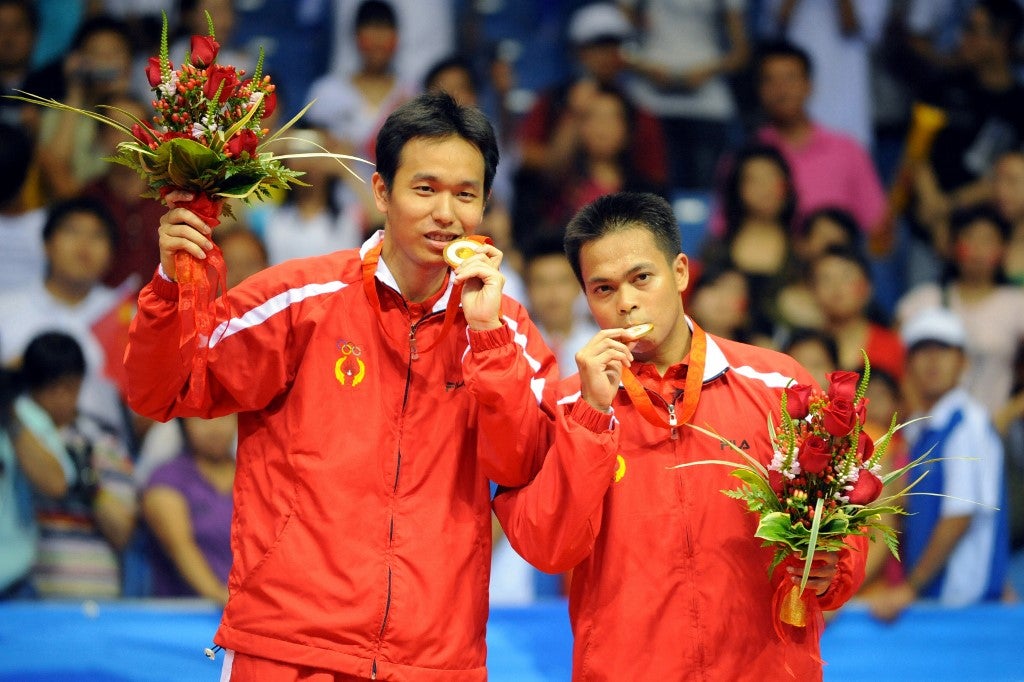 Indonesian doubles badminton champion Markis Kido has died at the age of 36 after he collapsed during a casual match, the country’s badminton association said.

Kido, who won gold in men’s doubles at the 2008 Beijing Olympics, passed out while playing in Jakarta on Monday evening and was later pronounced dead at the hospital, the association said.

His untimely death sparked an outpouring of emotion from fans in the badminton-mad country.

Sad news coming in: Markis Kido 🇮🇩, former Olympic gold medallist and world champion, passed away today due to a heart attack. He will be missed.

“Sending prayers for our nation’s pride,” said one fan on Instagram.

“Thank you so much for being a great partner in victory and defeat,” Setiawan said in an online tribute.

Rest In Peace Markis Kido, the winner of:

The cause of Kido’s death was not made public, but the former champion suffered from high blood pressure, the Indonesian Badminton Association (PBSI) said in a statement, citing his mother, Zul Asteria.

“He seems to have given his life for badminton,” she was quoted as saying.

The association hailed the once world champion shuttler.

“With his great achievements, Kido was respected on the world stage,” said its head Agung Firman Sampurna.

“The Indonesian badminton family shares our condolences and feels the great loss of Markis Kido.”

Kido and Setiawan took gold at the Beijing Olympics as well as the 2007 World Championships and the 2010 Asian Games.